Work starts on Hippodrome refurb ahead of planning application 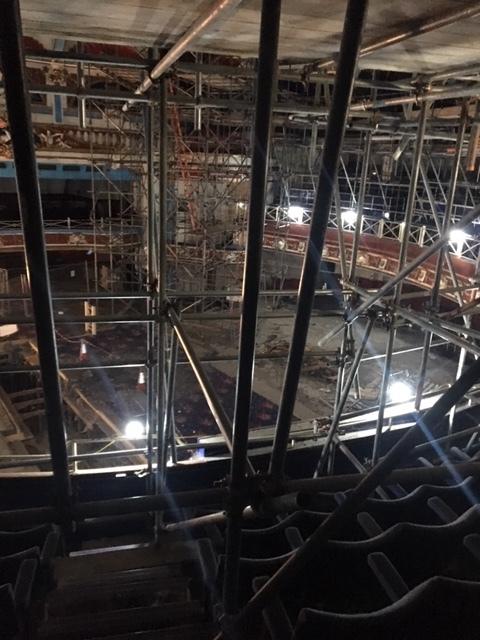 Preparatory work has started on the Brighton Hippodrome with the appointment of quantity surveyors – but a formal planning application appears to still be some way off.

Extra protections to preserve the theatre’s capacity to put on the kind of big shows which tour from the West End were put in place earlier this month.

Meanwhile, planning permission was granted last week for the use of the plot behind the theatre as a car park for the next three years – with the new owners saying the duration will depend on the outcome of pre-planning and full planning advice for the Hippodrome itself.

As yet, no formal pre-planning meeting between councillors and the applicants has been scheduled, according to the latest planning agenda published this week.

“Firstly, the strengthening and refurbishment of the interior. A sympathetic restoration where part of the building will be open to the public for concerts, weddings and conferences. Part will be a mix of residential, hotel and public realm.”

The theatre was bought by HIPP Investments a year ago after a consortium’s plans to convert it into a cinema fell through when the financial backing was pulled.

The cinema plan – which would have demolished the fly tower, which houses large scenery and is crucial to the staging of major shows – was approved by the city council in 2014, but as work has not started within the required three years permission has now lapsed.

The Brighton Hippodrome Community Interest Company (CIC) was formed in response to these plans and hoped to work with private theatre operators to put in a bid for the theatre.

Meanwhile, Academy Music Group (AMG), which already had a 22-year lease on the building, bought it outright in 2015, reportedly as a way of cutting its losses on the remainder of the lease.

In 2016 the CIC secured grants to complete a valuation, structural surveys and initial designs, and was in frequent talks with AMG regarding a possible purchase, but it was pipped to the post by HIPP Investments.

The Hippodrome, which has topped the Theatre Trust’s At Risk register for three years running, has not been used as a theatre since 1965.