Wise words on the next big thing

Those of you too young to conjure up an image of Ernie Wise (a quick Google may help) will not find the next sentence as enlightening as it will be to those who treasure memories of “Eric and Ernie” over Christmases long past. 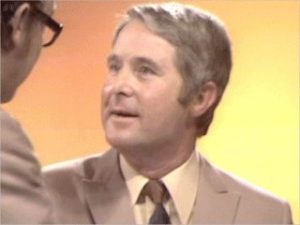 But it is now only 34 years, in 1985, that Ernie Wise made the first mobile telephone call in the UK: and haven’t we come a long way since!

Humanity has generally benefited from the “mobile revolution” but who in 1985 could have predicted just how the “brick” that Ernie used would have had the ability to change our world in a few short years.

It is certain that no government, nor council, could have planned this: our New World was brought about by the imagination of people, via a technological revolution, in ways we could not have predicted.

I am often asked how the council will help our excellent digital, media and culture sectors, located across the city, to benefit from the next technological revolution. The problem with this question is that nobody can know what the next “big thing” is.

The simple answer is to admit that local politicians should trust that the collective knowledge and know-how of the residents and local businesses will “know” what to do.

So why bother with politicians, I hear you ask? The answer is to provide the necessary conditions where prosperity can flourish.

The best example I can provide of this is how the council focuses its efforts on working alongside our great universities, further education colleges and schools to educate our young people.

It is not by electing a hard-left council, determined to bring all schools back under council control. This will not work.

Ten years after that first mobile call, in 1995, Oasis released the track “Don’t look back in anger”. This message is pertinent today as we must not be fooled into looking back in anger at an era past: we must move forward into a new age.

We must not succumb to the potential of a drift to the hard left, of failed 20th century socialist nonsense. We need to look to a bright future with a Conservative administration in Brighton and Hove.

Councillor Tony Janio is the leader of the opposition Conservatives on Brighton and Hove City Council.