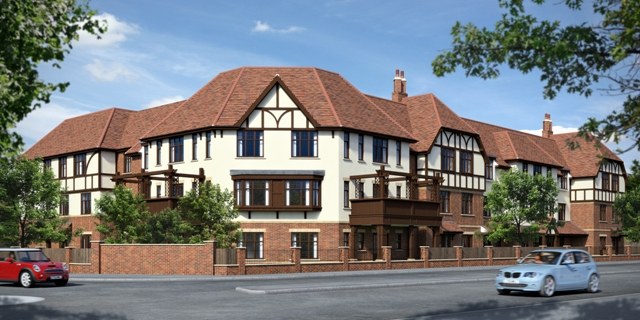 A man whose elderly mother died as a result of an E Coli outbreak at a Brighton nursing home has had his complaint about how her illness was dealt with upheld.

Maycroft Manor in Carden Avenue, Patcham, was one of a number of homes run by Hallmark Care Homes where residents and staff were infected with E Coli in June 2016. The nationwide outbreaks were eventually blamed on unwashed salad leaves.

At the time, Public Health England said two residents and one staff member were infected. An ombudsman report into the son’s complaint published yesterday reveals that his mother, who was the first person in the home to be affected, later died in hospital.

As well as the three who tested positive for E Coli, a further nine had loose bowels, five bloody diarrhoea.

The son, referred to in the report as Mr B, complained that care home staff failed to follow the advice of a GP on 20 June who told them to call back if his mother’s loose bowels continued, and to take a stool sample.

The ombudsman agreed that staff had not called the GP back when her diarrhoea continued, which delayed her admission to hospital by several hours.

However, the hospital initially made a diagnosis of diverticulitis, only concluding she was infected with E Coli several days later.

According to care home records, the mother did not produce any more stools after the GP’s advice until the following afternoon, when a paramedic who was attending a different patient at Maycroft told them to admit her.

PHE called the hospital, which told them two patients, including Mr B’s mother, had tested positive for E Coli. The home was then advised to close the home to new admissions and transfers.

It reopened fully after a CQC inspection on 26 July gave it a full bill of health. Hallmark Homes has since made 20 changes to how its care homes operate as a result of lessons learnt.

Mr B made two complaints to the care home in 2016, and in response Hallmark agreed to waive the four week notice period and provide another four weeks credit, refunding him a total of £8,760.

The following year, the PHE published a report which said suboptimal infection prevention and control within Maycroft was a concern and a there had been a delay in reporting the outbreak due to a change in management of the home, lack of communication and lack of awareness of of what constituted an outbreak.

Mr B complained once more, but the care home had not seen this PHE report (which was different to a publicly available one) and told him he had exhausted their complaints procedure.

In their report, the ombudsman said: “I have found fault in that the care provider failed to follow the advice of the GP on 20 June 2016, delayed reporting the outbreak, had inadequate infection control procedures in place and failed to deal with Mr B’s August 2017 complaint.

“I therefore consider Mr B’s injustice is limited to his frustration, uncertainty and the time and trouble he has had to go to pursuing his complaint.

“The Care Provider has already provided a significant financial remedy. However, that relates to different matters to those I am considering.

“As remedy for this complaint the Care Provider has agreed to apologise to Mr B for the fault I have identified and pay him £500.

“I am satisfied no further remedy is necessary for the inadequate infection control procedures as those have been addressed following the involvement of Public Health England.”

A spokesperson from Hallmark Care Homes said: “Our deepest sympathies and apologies go to the resident’s family for the very sad events that took place in June 2016.

“We were devastated by the regional outbreak attributed to salad leaves. We have worked closely with all relevant stakeholders and authorities, including Public Health England and Brighton and Hove’s City Council environmental health team to fully understand what happened.

“We took immediate action and reviewed our infection prevention and control policies and we now have comprehensive measures in place to protect residents and team members.

“We take concerns raised by family members very seriously and have engaged fully with the resident’s family during this process, including extensive written communications, however we are very sorry that an error meant one of their later letters did not receive a reply.

“We are committed to providing excellent relationship-centred care for all residents, which is reflected by the home having a 95% approval rating from families on the independent comparison website, carehome.co.uk.”