The Latest Music Bar was buzzing to the sounds of Surfbort 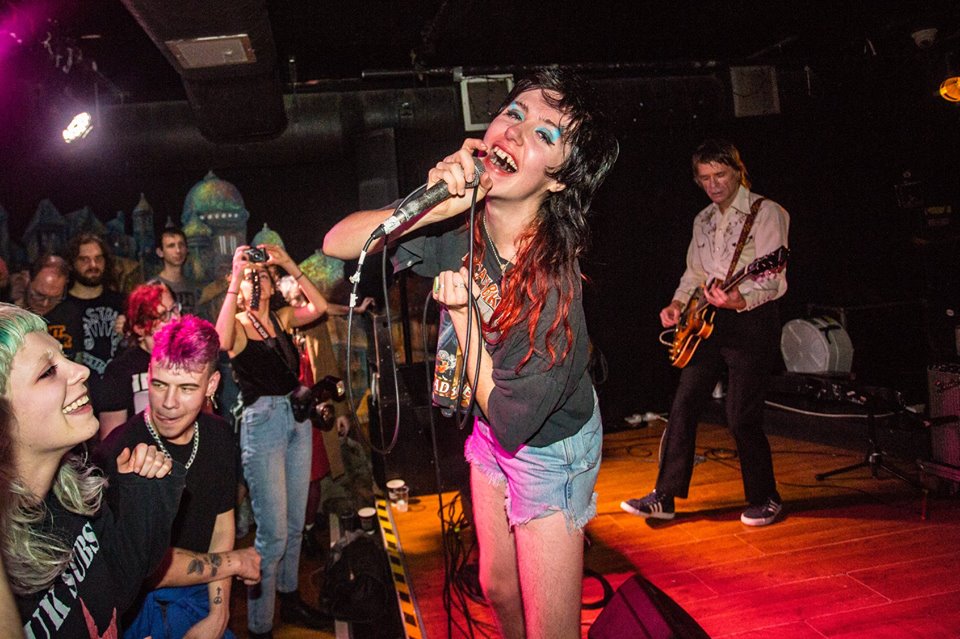 The Latest Music Bar in Manchester Street, Brighton was buzzing tonight as the Brooklyn, New York four-piece punk band Surfbort were in attendance.

The Brighton & Hove News music team certainly didn’t want to miss this electrifying performance and so we literally legged it from the nearby Patterns venue where the Anti-Nowhere League, Peter And The Test Tube Babies and Viki Vortex & The C**shots were performing. You can read our review of that gig HERE. 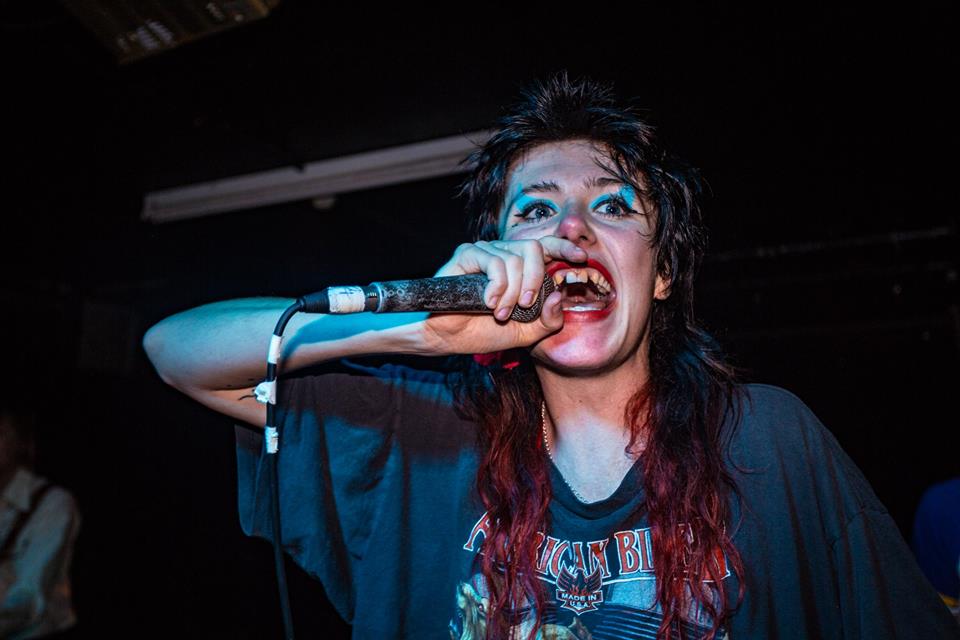 Surfbort are made up of David Head (guitar), Alex Kilgore (guitar), Sean Powell (drums) and led by the ever smiling Dani Miller (vocals). They channel their inspiration from the 80’s punk scene to produce rousing, explosive music. 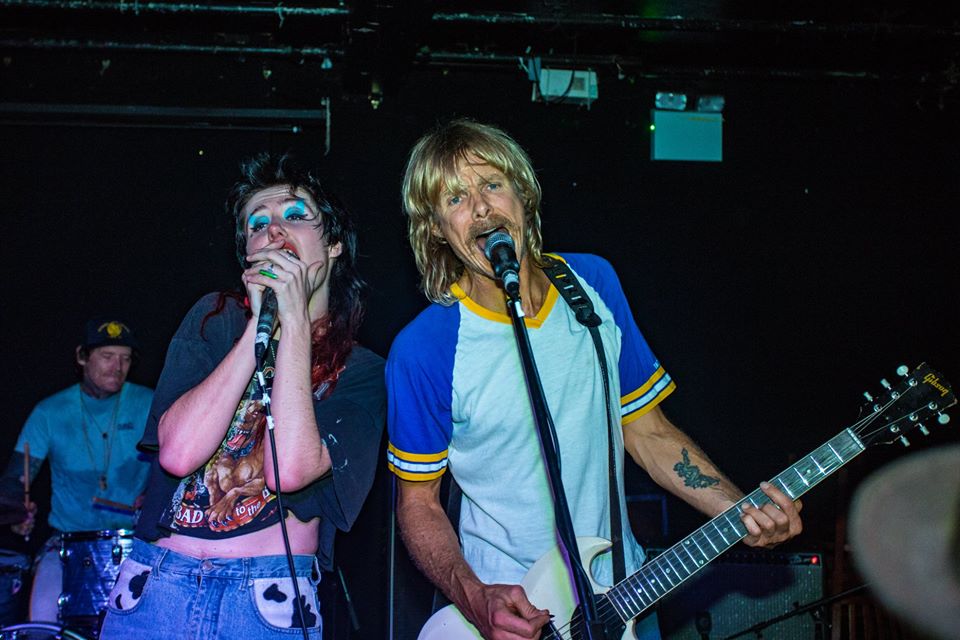 Fresh off a tour with The Black Lips after playing at Coachella, the band released ‘Bort to Death’ a raw 4-track 7” on Hozac Records and ‘Romance’ a dreamy 2-track flexi on Cult Records. An album entitled ‘Friendship Music’ followed and on 8th March they will be dropping a 4-track 7” entitled ‘Billy’. 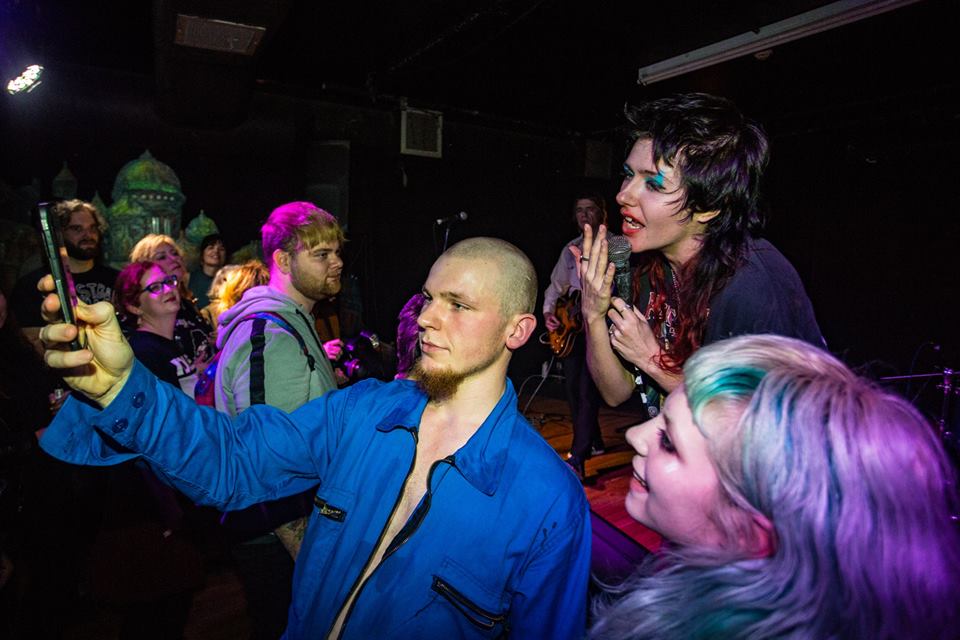 A favourite among local artists, it is no wonder when Julian Casablancas caught wind of the Surfbort’s electrifying energy, he signed them to Cult Records.

Their Brighton show tonight was filled with energy and excitement as the quartet whizzed their way through their 17 tune set. It was nye on impossible to take your eyes off of singer Dani as she was continuously grinning away at us and performing her cowgirl do-si-do dance. She was great at interacting with the crowd and even joined them on occasion as well as climbing up on the available viewpoints, whilst all the time the trio of guys speeded on. We had a mosh going on at times too and so the sold out crowd were really up for it! It’s no surprise that Surfbort have tour with their Aussie counterparts Amyl & The Sniffers recently as both acts are very much alike. I would definitely see them live again! 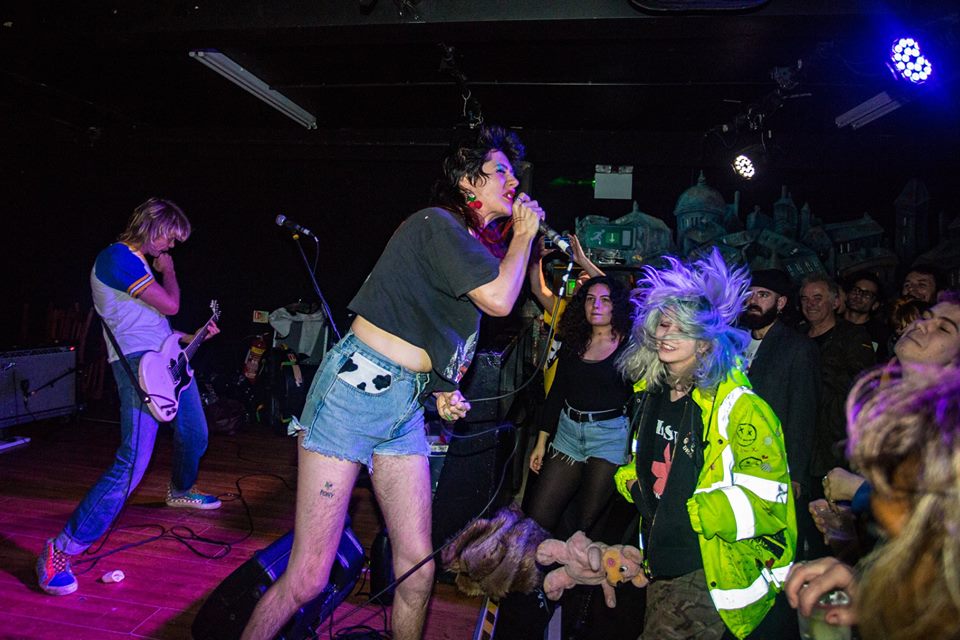 Listen to Surfbort HERE and HERE.

Find out more on Surfbort HERE. 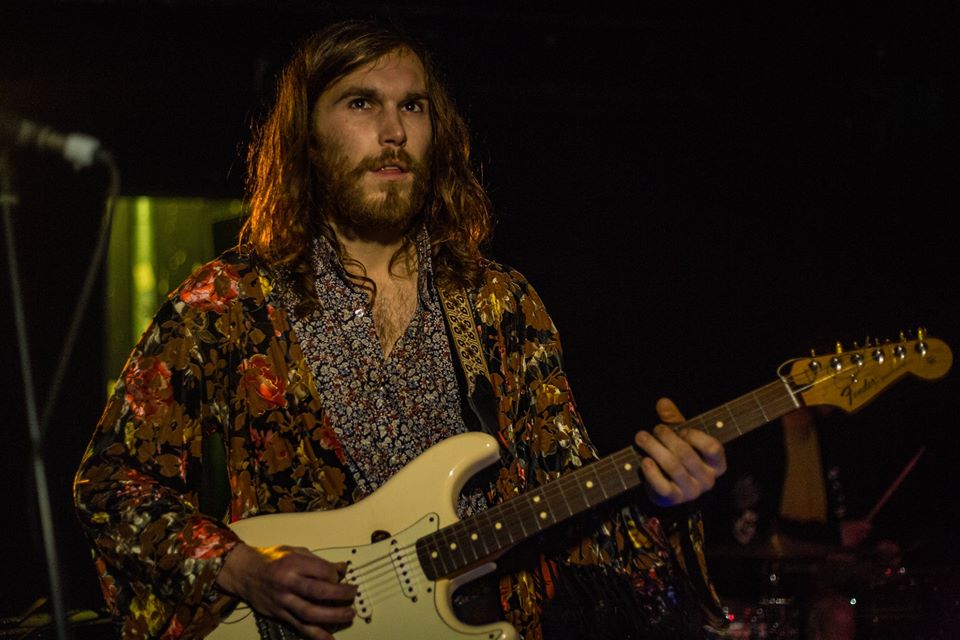 First up on the night was Dr Brian’s Magic Gong Salad who are Flora Kimberley (vocals), Harry Mitchell (guitar), Adam Mac Conmhaoll (bass) and Zane Meaby (drums). Sadly we were not able to witness their performance tonight as we were stationed at the other gig at Patterns. 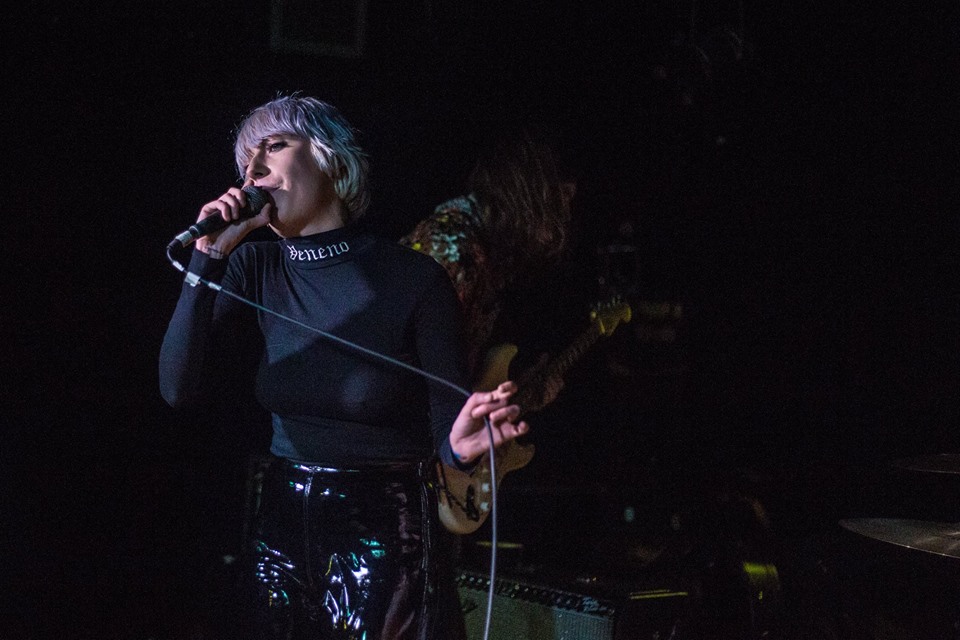 The band state that “Dr Brian’s Magic Gong Salad are tired of subscribing to social normalities!” Last year they released their ‘Living In The Age Of Consent’ single which was recorded at Brighton Electric and can be viewed HERE and downloaded for FREE HERE. It sounds pretty good to me and I look forward to catching them performing live in the very near future – Watch this space as they say!

Info on the band HERE. 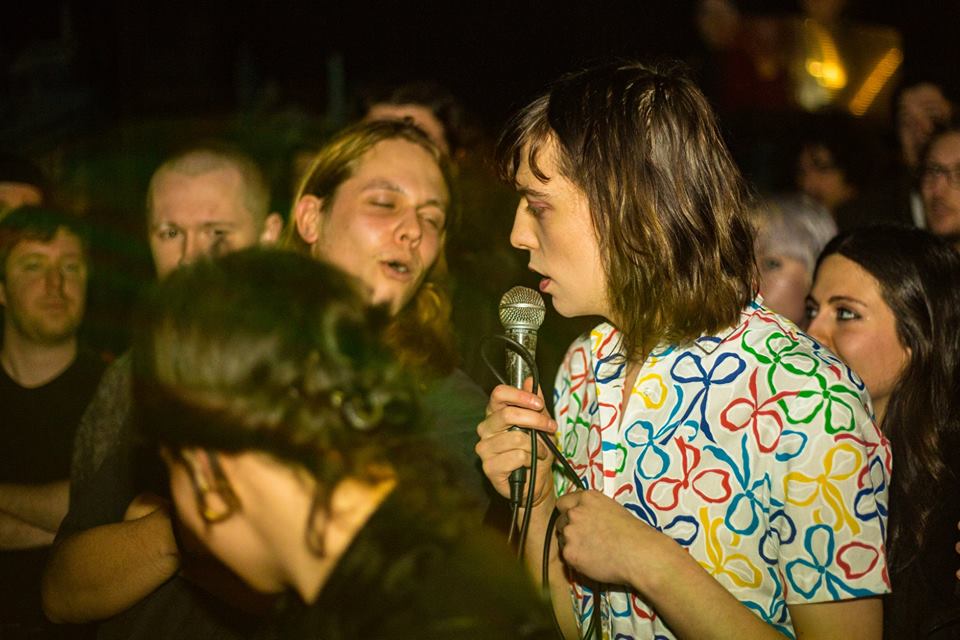 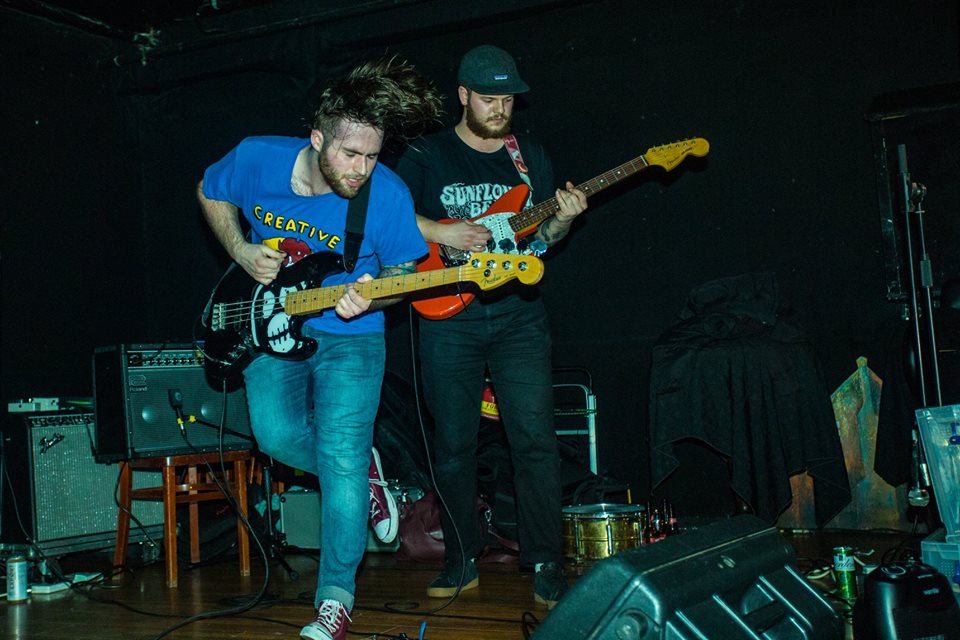 It’s a fact, I can’t get enough of seeing these guys perform live. It’s just like having our very own secret Brighton version of IDLES! Oh pants that’s done it, the AF Gang IDLES fan-base will find out now!

After growing notoriety for loud, sweaty shows and tearing it up at small venues across the UK, DITZ fill their explosive sets with hazy, overpowering noise and fluctuating distortion. They released ‘Seeking Arrangement‘ to critical acclaim and have just released the much anticipated eagerly awaited the new single, ‘Gayboy‘. 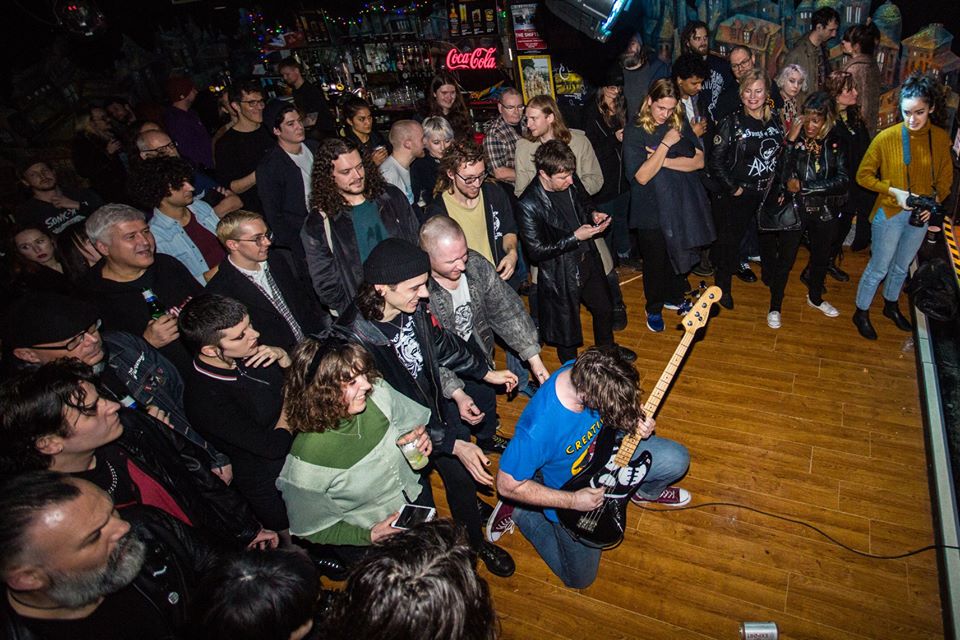 This evening’s DITZ performance was the most explosive yet, even though it was just seven tunes. Anton’s guitar got thrown about and bashed against the floor immediately in front of me – Rock’n’Roll indeed! Singer Cal and other band members joined the crowd at times in the little mosh pit and fun and much distortion was had by all.

Next month sees the band head off to conquer France, but fear not DITZ fans as they will be playing back in Brighton at the ‘Washed Out’ festival on Friday 12th April. More information on that HERE. 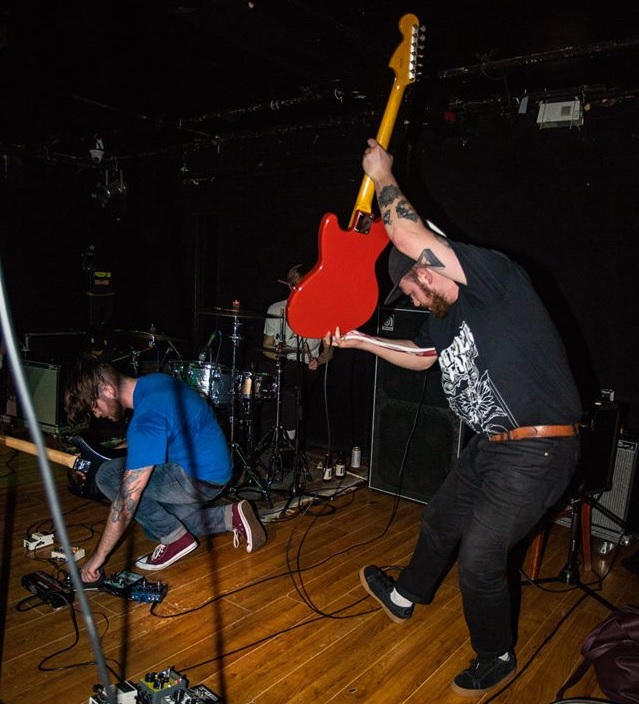 Find out more on DITZ HERE. 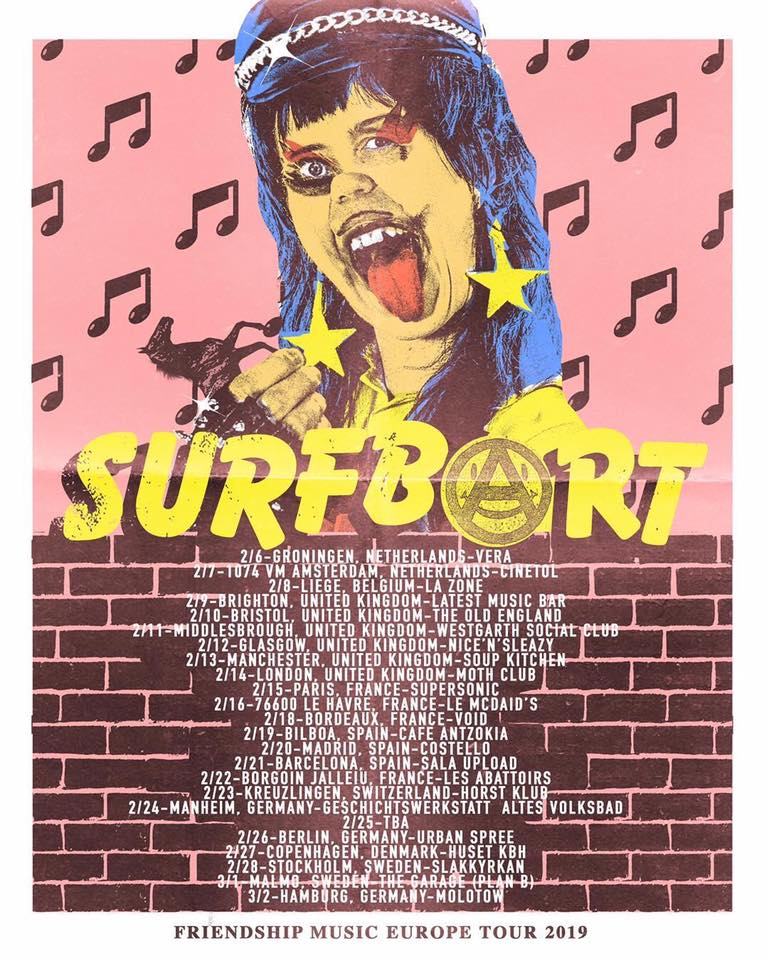 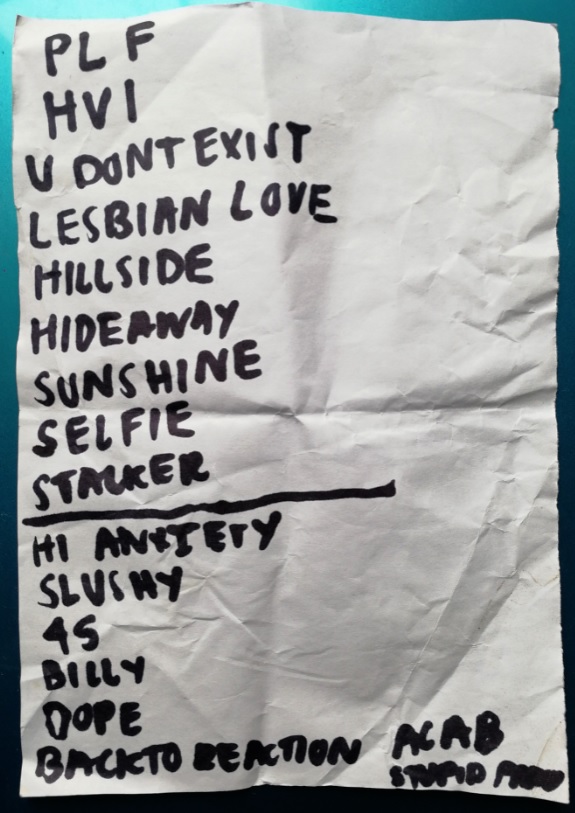 Surfbort setlist – Anyone know what the last track is called?