Cervical smear test rates in Brighton and Hove have fallen again and remain among the worst in the south east.

Latest figures reveal that only 68 per cent of women in Brighton and Hove who were invited for cervical screening – known as the smear test – took up the offer in 2017-18.

Today (Tuesday 5 March) health chiefs are starting a cervical screening campaign in the region to tackle the decline in the number of women getting tested.

Research from Public Health England found that 9 out of 10 women would take a test that could help prevent cancer yet 1 in 4 do not attend their cervical screening.

Public Health England said: “As a result cervical screening is at a 20-year low, with 1 in 4 eligible women (those aged 25 to 64) in the UK not attending their test.

“The screening rate for the south east is 72.9 per cent, below the national standard of 80 per cent.

“The new campaign provides practical information about how to make the test more comfortable and gives reassurance to women, who may be fearful of finding out they have cancer, that screening is not a test for cancer.

“Regular screening, which only takes a few minutes, can help stop cervical cancer before it starts as the test identifies potentially harmful cells before they become cancerous and ensures women get the right treatment as soon as possible.

“The research shows that once women have been screened, the vast majority feel positive about the experience, with 8 in 10 (87 per cent) stating they are glad they went and that they were put at ease by the nurse or doctor doing the test (84 per cent).”

But at the moment two women die every day of cervical cancer in England – one of the reasons why health chiefs are so keen to improve take up rates.

It is estimated that almost 400 women have a cervical cancer diagnosis in the south east each year and around 104 women die from the disease.

If everyone attended screening regularly, health chiefs believe that more than 80 per cent of cervical cancer cases could be prevented.

The new campaign is intended to encourage women to respond to their cervical screening invitation letter – and if they missed their last screening, to book an appointment at their local doctor’s surgery. 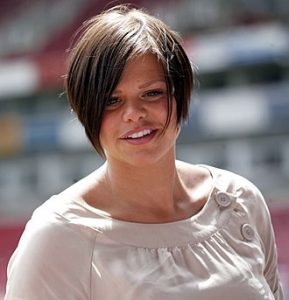 The last time there was a rise in women having smear tests came around the time when reality TV star Jade Goody died from the disease in 2009. She was 27.

TV doctor Dawn Harper is backing the latest campaign. She said: “Cervical screening is one of the most important things women can do to protect themselves from the risk of cervical cancer.

“Screening can stop cancer before it starts and saves thousands of lives every year.

“Some women are nervous or embarrassed about the test and put off having it done.

“While it’s not the most enjoyable experience, most women say it wasn’t as bad as expected and were glad they did it.

“The tests are usually done at your GP surgery by female nurses who are trained to make women feel more comfortable and talk them through the process.

“I cannot stress how important it is not to ignore your screening letter – it’s a five minute test that could be lifesaving.”

In Brighton and Hove, the chair of the Health and Wellbeing Board, Councillor Karen Barford said: “As someone who has had cervical cancer and needed a total hysterectomy in 2005, I would encourage women to have regular smears.

“I know it’s easy to put off with busy lives but until I knew it hadn’t spread and could be removed with an operation at the Royal Sussex County Hospital, I was desperately thinking about how I would tell my four young children – now adults. My world collapsed in around me.

“I am grateful every day that it was found so early and seeing my children and granddaughter grow up is an absolute blessing. Many people I knew were not so lucky while some others were as fortunate as I was.”

To compound the concerns of health chiefs, Brighton and Hove also has among the worst take up rates in the country for the HPV vaccine which protects against cervical cancer.

The 73.2 per cent rate for schoolgirls locally compares with a national average of 83.8 per cent.