Good for Greens, bad for Labour, terrible for the Tories 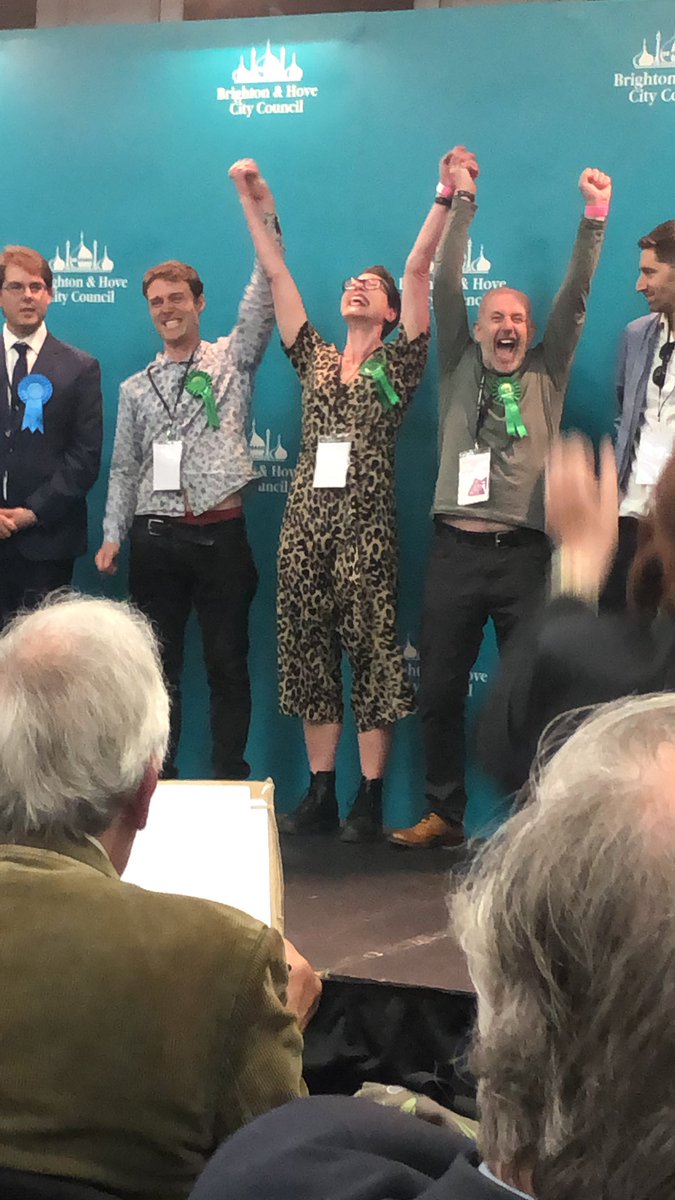 Some thoughts on this year’s Brighton and Hove elections.

It was a great result for the Greens. In some wards where you’d expect Corbyn’s Labour to run close, the Greens put down mega majorities (Preston Park and Regency look like St Peter’s and North Laine now)

The Greens held on to their numbers in Hove (three) and were within less than 100 votes of electing a second in Goldsmid and 40 votes on regaining a seat in Central Hove.

The Greens have now also re-established a presence in Kemptown by returning a councillor in Queen’s Park and just missing out on a second.

The Tories are holding on but just. They got smashed by the Greens in Withdean and Rottingdean Coastal looks like it’s changing. Toryism isn’t gone from Brighton and Hove but it’s been pushed out of the centre bits.

Where the Greens suffered, and why they’re not in a position to be running the local authority, is their uneven distribution of votes. Individual candidates and first choice candidates piled the votes high and co-candidates just missed out.

Despite the result, this was a bad election for Labour. The consensus up until recently was Labour was going to deliver the first Corbynite majority council. But they went back on 2015.

At one point Labour were confident of taking a seat off the Greens in St Peter’s and North Laine. Instead, they’ve ended up with just two councillors in the whole of Brighton Pavilion (a massive local party in terms of membership).

Labour’s candidate selection is an embarrassment. Two of the selected candidates had to be suspended just as the short campaign began. How does that happen? Thankfully the city just scraped not having an anti-Semite elected to the council.

This Labour Group will be one of the most disorganised and divided in history. There are deep and profound ideological differences that the party has not being able to reconcile in four years.

If Labour wants to retain respect in this city it will need to deal with councillors and members who publicly have made anti-Semitic or racist comments in a swift and just way. No stalling.

That’s also true for the Greens and the Tories. Our local democracy must not succumb to giving hatred a platform and for that hatred not to be paid for from the public purse.

This call for a progressive alliance from Labour group leader Daniel Yates is very welcome and seems like it’s coming from the right place. Hoping this is a new chapter in Brighton and Hove politics

I sincerely hope that sensible, pluralist voices in both the Labour and Green groups can cooperate and work together where it makes sense.

All parties and councillors must understand that they are civic leaders. However tempting it is to ramp up the rhetoric they have a responsibility to keep the tone civil, conciliatory and respectful.

This doesn’t mean selling out on your manifesto commitments but it means arguing for those positions in a tone that shows how politics can be conducted when you show a bit of compassion to fellow public servants.

Finally, the turnout in Brighton and Hove is something to be proud of. Nearly half the city went to use their vote. This is astounding in the grand scheme of things and people in this city are the best guardians of our democracy.

Luke Walter is a former Green campaigner in Brighton and Hove, but is currently not a member of any political party. He is writing in a personal capacity