Police have named the motorcyclist from Portslade who died in a crash near the Devil’s Dyke 11 days ago. 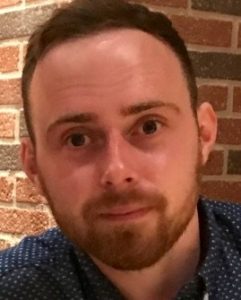 Ryan Barrett died after his bike crashed with a black Citroen DS3 and a green Ford Mondeo.

Sussex Police said: “A motorcyclist who died after being involved in a collision on May 12 has been named.

“Ryan John Barrett, 25, of Graham Crescent, Portslade, sadly died after he was involved in a collision with two cars at around 1pm on Saddlescombe Road, Poynings.

“Officers would like to speak to anyone who may have witnessed the incident or the manner in which any of the vehicles were driven prior to the collision.

Mr Barrett’s family are crowdfunding in his memory. Their Just Giving page said: “Weʼre raising £10,000 to donate to Brighton Hospital in memory of Ryan Barrett, who sadly passed away on Sunday 12 May following a motorcycle accident.

“Ryan was a senior neuro radiographer at the Royal Sussex County Hospital in Brighton where he worked in the Interventional Neuro Radiology (INR) Department.

“He was very passionate about his job, especially the neuro component of it.”

The former Bexhill air cadet became a radiographer four years ago, in Oxford at first, before joining the Royal Sussex just over 18 months ago.

The family said: “We are asking for donations in order to purchase a fluid/blanket warmer for the department which covers the south east from London, Southampton, Hastings, etc. 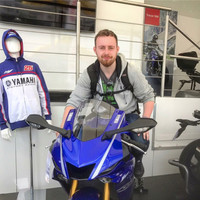 “The INR department provides lifesaving treatment for ischemic stroke and subarachnoid brain haemorrhage. The patients at the receiving end of these treatments are critically ill. Ryan has helped to save or improve many lives.

“The INR department is always trying to find new ways to improve patient care. Ryan would often discuss new ideas to try to achieve this. He always wanted more and better for his patients.

“A fluid/blanket warmer would support the department in meeting gold standards for fluids (37C body temperature). It would also bring comfort to confused and vulnerable patients and support a better recovery from general anaesthetic.

“INR also provides care for neuro surgical patients in a range of ways. For example by embolising brain or spinal tumours to shorten surgery time and minimise blood loss.”

Already more than 140 friends and supporters have raised more than £5,600.