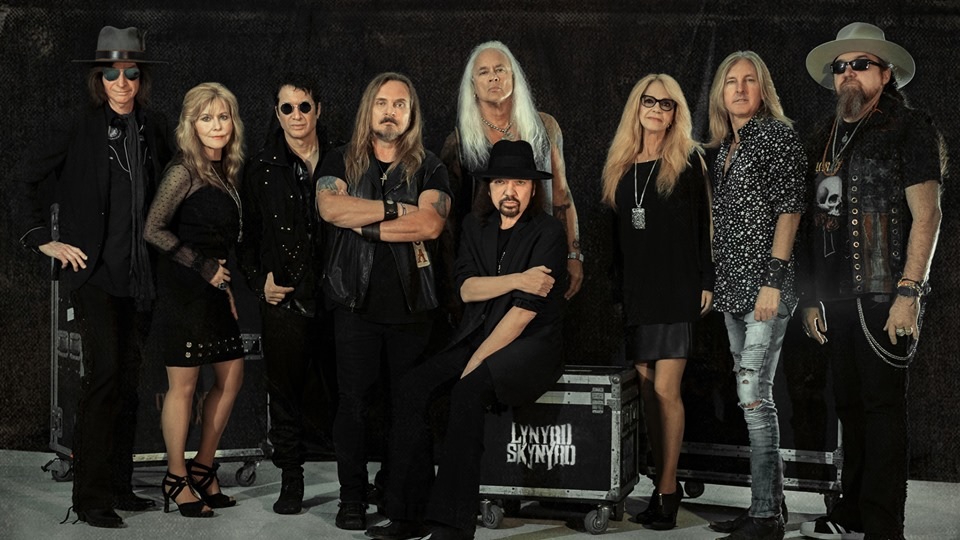 Tonight is the final UK date of Lynyrd Skynyrd’s “Last Of The Street Survivors” tour. The band are calling time on touring largely due to original member Gary Rossington’ poor health. They are reportedly recording an album once the tour is finished.

However, before we look at Skynyrd’s valedictory London performance, we have a rebirth to consider: the rebirth of Status Quo. If giving up performing with electric guitars wasn’t bad enough, the passing of Rick Parfitt would surely have been the end of the band?

When I initially heard that Francis Rossi was continuing with Status Quo, I must confess that I thought that they would be a sad shadow of the former band – a travesty in fact. So it was with a heavy heart that I turned up at Wembley Arena in time to see Quo before celebrating the glory of Skynyrd. I wasn’t even entirely sure who would be in the current Quo line-up, so I was particularly pleased to see that Andy Bown and John ‘Rhino’ Edwards were in situ.

Quo started with a particularly muscular version of ‘Caroline’ which lifted the spirits somewhat, then the always insipid ‘Something ‘bout You Baby I Like’ brings them down again, before the band redeem themselves with a pile-driving version of ‘Rain’. Rhino Edwards shares lead vocals on this.

Quo then present a medley of older songs. I often get the impression that this is just to get them out of the way, but it’s always well received anyway. So we get ‘What You’re Proposing’, with Andy Bown on additional rhythm guitar, ‘Down The Dustpipe’ with Bown on harmonica, ‘Wild Side of Life’, ‘Railroad’, ‘Again and Again’ and the magnificent (and slightly non-PC) ‘Mystery Song’, featuring new guitarist Richie Malone on vocals. It’s pleasing to see that Quo haven’t become ‘The Francis Rossi Band’. They are still a bona fide band who all pull together. I guess what I’m saying is that Mr Rossi doesn’t hog the limelight.

After the medley we get some new songs: ‘Cut Me Some Slack’, and ‘Liberty Lane’. Rossi only tells us at the end of the latter that they’re new songs, and that he didn’t tell us beforehand because we’d all go to the bar! They’re from a forthcoming album called ‘Backbone’, which hits the streets on 6th September and they’re better than any new Quo songs I’ve heard for many a while – punchy and full of vigour. They bode well for the future. 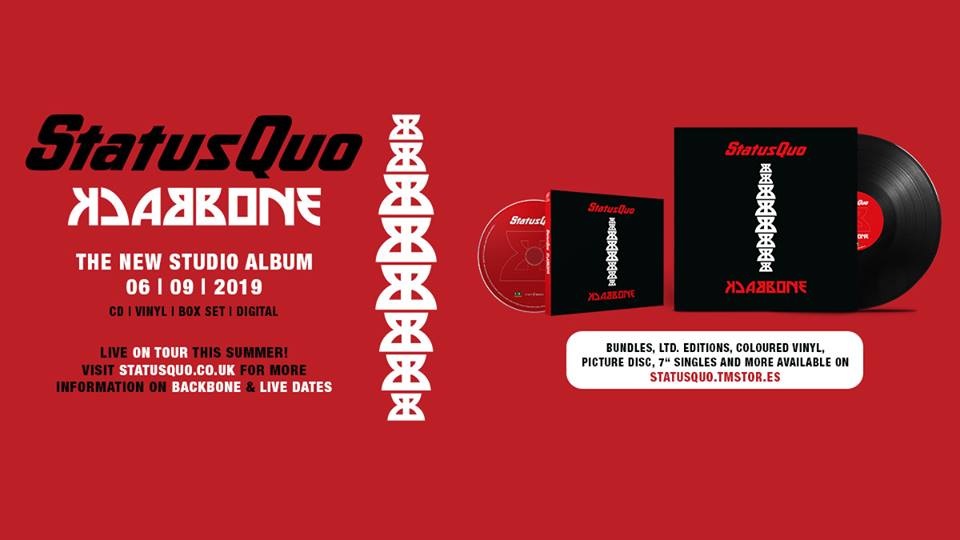 Following the new songs Quo enter the homeward stretch with more familiar material. Prior to ‘Down Down’ Rossi plays a lengthy introduction reminiscent of Pete Townshend. Andy Bown shares lead vocals on ‘Whatever You Want’, and proceedings are brought to a close with ‘Rockin’ All Over The World’.

Status Quo setlist reads:
Intro tape (‘The Drone’)
‘Caroline’
‘Something ’bout You Baby I Like’ (Richard Supa cover)
‘Rain’
‘What You’re Proposing’ / ‘Down the Dustpipe’ / ‘Wild Side of Life’ / ‘Railroad’ / ‘Again and Again’
‘Mystery Song’
‘The Oriental’
‘Cut Me Some Slack’
‘In the Army Now’ (Bolland & Bolland cover)
‘Roll Over Lay Down’
‘Down Down’
‘Rockin’ All Over The World’

So that was the hors d’oeuvres, what about the main course? To say that the anticipation prior to Lynyrd Skynyrd taking the stage is palpable is something of an understatement. Wembley Arena can sometimes lack atmosphere, but it certainly doesn’t tonight.

The applause that greets Skynyrd is so loud that I fear for my eardrums, and it only subsides when the band break into a magisterial version of ‘Workin’ For MCA’. This is a band at the top of their game, and I find it difficult to believe that this tour is their last.

‘Skynyrd Nation’ (from 2009’s ‘God & Guns’) epitomises the love that flows between stage and audience. This might sound overly hippy-ish, but it really does feel like we are all one. We are all part of the same celebration.

Although Gary Rossington is the sole remaining original member, this current line-up has grown organically over the last thirty years. It is sobering to think that Johnny Van Zant has been lead singer for more than twice as long as his big brother. Rickey Medlocke has been on guitar with the band for twenty-three years, and also played drums with them in the early 1970’s. His slide playing on ‘I Know A Little’ is awesome. Dale Krantz Rossington (wife of Gary Rossington) has sung backing vocals since 1987. Prior to that she was lead vocalist in Rossington and The Rossington-Collins Band. In many ways, Lynyrd Skynyrd are as much a family as a band.

Tonight, the only nod to Skynyrd’s more recent recordings is ‘Skynyrd Nation’. The rest of the set is essentially a parade of stone cold classics. In fact, there is such an embarrassment of riches that it is difficult to choose highlights.

‘That Smell’ is extremely poignant as there has been such a huge death toll around the band, not just involving 1977’s plane crash. At one point an array of candles is projected onto the backdrop, each one bearing the name of a band member who has passed away.

The delivery of ‘Saturday Night Special’ is every bit as brutal as its subject matter. During ‘Simple Man’ photographs of various band members with their mothers adorn the backdrop. Again, during ‘Sweet Home Alabama’ home movies of the band from the 1970’s are shown. What shocks you is how incredibly young they all look. Just kids having fun.

The inevitable encore is ‘Freebird’, and it is predictably magnificent. Johnny Van Zant sings the first verse, than leaves a hat that looks an awful lot like his big brother Ronnie’s on the mic stand, and walks offstage. For the rest of the song Ronnie sings on film with the band backing him. The band face Ronnie onscreen. Gary Rossington plays the main solo and is brilliant, as his playing has been throughout. He hides his illness well. For the instrumental section the band rock out like it’s the last time they ever will, and then they’re gone.

Tonight has been partially a memorial and partially a celebration. Both of those elements have been equally important. At times proceedings have been incredibly moving. Ultimately though, the music has triumphed. It has been powerful, both physically and emotional, but most of all it has been vital and alive. It is an evening that will live on in the memories of those who were there for a very long time.

The band have posted on social media …“To every fan that was a part of our run in Europe; from the bottom of our hearts, THANK YOU. Tonight we concluded the European leg of our ‘Last of the Street Survivors tour’. Every single note that we played was for those we have lost, those who came to watch us each night, and those who are currently growing up listening to our music. There is NOTHING in this world like a Lynyrd Skynyrd crowd”.

For more information on the band, visit lynyrdskynyrd.com 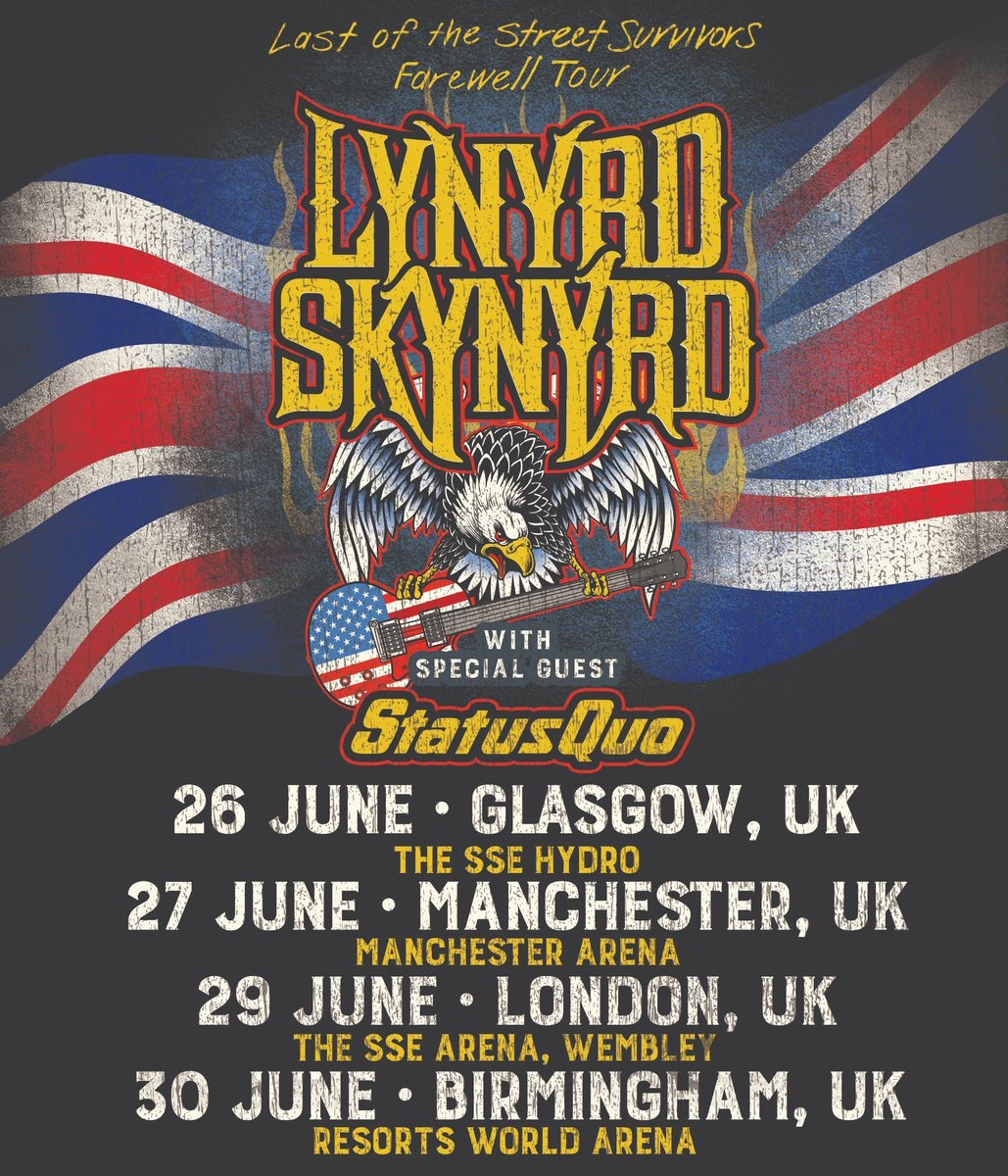