Plans for a strike by binmen over the weekend of Brighton Pride won’t stop the biggest party of the year from going ahead, the council said today (Wednesday 17 July).

Rumours have been circulating that plans were afoot to postpone Pride – where Kylie Minogue will be the headline act in Preston Park on Saturday 3 August,

And while Brighton and Hove City Council is due to meet the GMB union with ACAS – the Advisory, Conciliation and Arbitration Service – tomorrow to try to head off a strike, moving Pride was said to be not an option.

There were suggestions that the local Safety Advisory Group, which includes council and police representatives among its members, had been asked to consider moving Pride to another date.

The council said: “It’s not true that the Safety Advisory Group has been asked to look at postponing Pride.

“The council continues to plan on the basis that Pride will take place.

“As part of that planning, we have contingency measures in place which take into account all potential risks.”

Earlier this month, Pride said that last year the council collected more than 340 tonnes of rubbish across Brighton and Hove over the Pride weekend.

It said that Pride had launched its City Angels scheme last month, asking local businesses and organisations to commit to keeping their environment clean and tidy and encouraging staff to dispose of litter responsibly.

Brighton and Hove Pride managing director Paul Kemp said: “While Pride facilitates and pays for cleansing across our sites, we must acknowledge that the council is an incredibly important partner for us.

“We are grateful for the fantastic work they do in keeping the city clean, tidy and safe for residents and visitors.”

Pride added that surplus money raised through the City Angels scheme would go back into things like holding silent disco beach cleans, sponsoring bins or reducing waste in the supply chain.

Earlier this week the council said: “We’re very disappointed that the GMB has decided to issue dates for industrial action in two weeks’ time and running through August, including Pride weekend.

“We’re still fully committed to resolving any outstanding issues through the ACAS talks to ensure the service we provide for our residents and businesses is maintained and not disrupted.

“During talks between the council, the GMB and ACAS there has been clear agreement on most of the issues that the union has concerns about and another round of talks are due to take place this Thursday.” 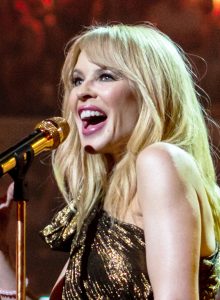 Kylie Minogue is the headline act at Brighton Pride

The council added: “We take seriously the allegations of anti-trade union behaviour and are investigating this.

“We’re also very disappointed that trust between the council and GMB has broken down but we’re confident this trust can be rebuilt to the benefit of the service.

“The council has received a number of allegations and counter allegations which need to be investigated and we’ve agreed with the GMB to appoint an independent person from outside of the council to review this.

“The council has clear standards of behaviour to ensure everyone is treated with dignity and respect at work and it is important that when there are allegations these are investigated appropriately and fairly through our procedures.”

Referring to a decision requiring GMB Dave Russell to work from the union’s offices in Hove, the council said: “The staff member involved can continue to undertake their role but at different site to allow a fair investigation to take place.

“There is no loss of GMB representation for GMB members at the depot and union members have full choice about who represents them.

“We would therefore hope the union still meets on Thursday with ourselves and ACAS and seek to resolve the issue and avoid industrial action.”