The i360 should be turned into a Star Trek experience, a Brighton businessman and homelessness campaigner told members of Brighton and Hove City Council this afternoon (Thursday 18 July). 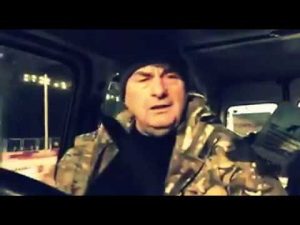 Jim Deans, 60, set phasers to stun at Hove Town Hall, telling councillors not to let the current owners cling on as their debts piled up.

Mr Dean told the council’s Policy, Resources and Growth Committee: “It is time to think about a rescue plan before administrators step in, leaving egg on the face of the council.

“There are two billion Trekkies in the world – that is fans of Star Trek for those not in the know.

“This year Birmingham hosts a weekend of Star Trek with a sell-out exhibition – people paying hundreds, if not thousands, to parade around dressed as Klingons or commanders.

“I would be happy to pursue a recovery plan for the i360 and approach contacts within Viacom purely to explore the possibilities of turning the i360 into a proper themed attraction.”

Council leader Nancy Platts said: “I have to confess to not being a Trekkie.”

The council’s executive director for economy, environment and culture, Nick Hibberd, said: “There’s no doubt that themed attractions are in trend and I’d be happy to speak to the i360 to see whether themed events could be a better part of their attraction.”

He said that they already hosted themed events, citing Halloween as an example.

Mr Hibberd shared the latest request from the i360 to defer its debt repayments on a council-brokered £36.2 million loan.

The operator of the seafront attraction was due to pay £1.342 million at the end of June. Councillors reluctantly agreed not to take default action after hearing that visitor numbers were improving and £150,000 was being repaid.

Conservative group leader Steve Bell said: “My confidence in the company which is running the i360 is failing.” 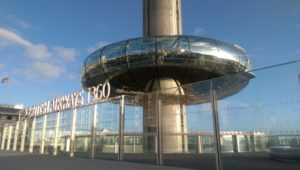 Councillor Bell said that he would have liked board members to be present “so we can voice the concerns of residents to them directly”.

Mr Hibberd said that board members and the general manager had offered to attend but had been advised that it was unnecessary on this occasion. 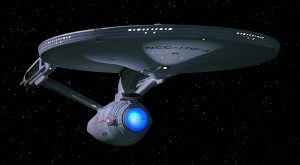 The USS Enterprise from Star Trek

Former Tory leader Tony Janio said that the committee had been promised that members could see the marketing plan that was expected to underpin a financial recovery – and he wanted a proper set of options if further loan repayments were missed.

He added: “I’m sure there are a lot of people in the current administration who would like to bring things in house.”

Former Labour council leader Daniel Yates said: “We still haven’t seen the business plan that led to the Green and Conservative groups lending a significant amount of money without any subsequent meaningful repayment.”

Councillor Yates said: “There are limits to the generosity of this city.”