Brighton and Hove Local Safeguarding Children Board to be scrapped

The Brighton and Hove Local Safeguarding Children Board is to be scrapped within three months as a result of national reforms.

A report outlining the new arrangements is to be shared with the council’s Health and Wellbeing Board at Hove Town Hall tomorrow (Tuesday) 23 July.

The details were due to have been submitted to the Department for Education by the three partners – council, police and health chiefs – by the end of June.

The new partnership will be known as the Brighton and Hove Safeguarding Children Partnership.

Instead of having an independent chair – currently former Metropolitan Police safeguarding expert Chris Robson – it will have an “independent scrutineer”.

The report said that an exception would be “the work of the Child Death Overview Panel which will have a pan-Sussex geographical footprint”.

The board has been responsible for, among other things, commissioning serious case reviews. This role will be taken over by the new partnership.

Serious case reviews are held if a child has died or been seriously injured after suspected abuse or neglect, especially if organisations may not have worked well together. The aim is to enable lessons to be learnt to help prevent future similar incidents.

In Brighton and Hove, the results of four serious case reviews have been published in the past four years after four teenagers’ deaths and serious injuries to a new-born baby.

They included Abdullah and Jaffar Deghayes, who died in Syria, Kyle Birchall and Steffan Bonnot.

The Brighton and Hove Local Safeguarding Children Board was rated good by Ofsted although a national review was held because others fell short.

The resulting report – known as the Wood Report – said: “We have examples of outstanding organisation and practice but we need to improve such that we can move to a new level of consistent effectiveness.

“We can only do this if we act on the evidence already compiled from Ofsted reviews of LSCBs (local safeguarding children boards), evidence in the reporting of serious case reviews and from the clear messages from … consultation. 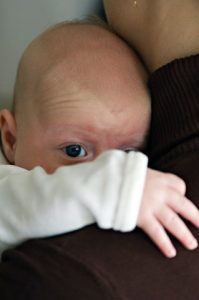 “We should not hide from the reasons why we are not as effective overall as we should be.

“These are found at national and local level. They are evident in all professions, exist in all agencies and are present in all regions.

“This evidence shows bureaucratic processes, too much timid inquiry at practitioner and system level, an unwillingness to challenge partners when they opt out of co-operating and too much acceptance of less than good performance at both the level of agency performance and individual practice.”

The need for local organisations to work well together has become even greater over the past few years for a number of reasons.

One is the spread of “county lines” – the name given to the way that drugs gangs have recruited children to work for them in places like Brighton and Hove.

Another is the growing awareness of failures to protect children from grooming and systematic sexual abuse in places such as Rotherham, Rochdale and Oxford.

The Health and Wellbeing Board, which includes five councillors, is expected to give its support to the changes.

The board is due to meet at Hove Town Hall at 4pm tomorrow (Tuesday 23 July). The meeting should be open to the public.