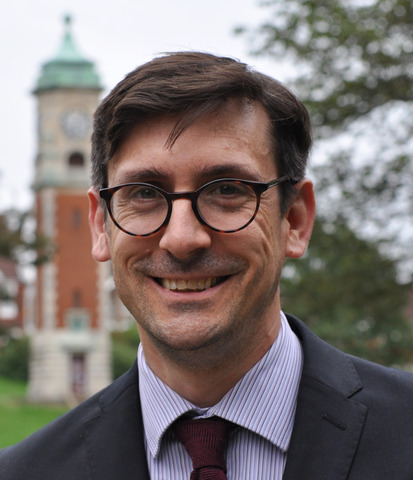 Brighton and Hove’s lead education councillor is to step down after days of criticism that he sends his child to a private school.

Earlier that day he had deleted his Twitter account amid continuing fallout from the revelation that he sends his eldest daughter to the exclusive public school Roedean.

The story was also making it difficult to speak out about the academisation of Moulsecoomb Primary School, which he had repeatedly described as being privatised, without facing accusations of hypocrisy.

However, in a statement released this morning, Councillor Childs said he was resigning due to his full time work at the National Education Union and to spend more time with his family.

He said: “I have decided to resign from my roles due to work and family responsibilities. I have a full-time job which is proving incompatible with the time commitment necessary at the highest level of local government.

“I’m going to dedicate my time to working for the residents of Queen’s Park who elected me in May, to make sure their local issues are addressed and I represent our ward fully in the city.

“I’ll spend the summer concentrating on handover to colleagues to ensure that the important policies already in hand can be continued into the next academic year.

“The administration will continue working towards extending premature baby leave for school staff, a workload charter for teachers, the extension of our ‘Every Child a Reader’ scheme and our campaign against the privatisation of Moulsecoomb Primary School.”

Councillor Childs’s decision came after a heated exchange with the Labour MP for Hove, Peter Kyle, sparked by a sharp retort from the Queen’s Park councillor to a tweet by Mr Kyle in defence of Hilary Armstrong, the Labour peer whose local party colleagues in Durham voted to expel her after she signed a letter condemning anti-semitism in the party.

Councillor Childs’s tweet is no longer available but Mr Kyle responded: “Imagine if her career was lived by your example. She’d have voted for the minimum wage but run a sweat shop, banned fox hunting but worn fur, banned landmines but owned shares in an arms company

“Another reading of your tweet: she was loyal to Labour. She never once broke the whip.

“Regardless, your hypocrisy deems you unfit to judge her. But more prescient, you have so far proven unfit to follow in the footsteps of the person who was deselected to make way for you.”

Mr Kyle was referring to former Queen’s Park councillor Dan Chapman, who Councillor Childs succeeded in the ward and as chair of the Children, Young People and Skills Committee.

Councillor Childs has, though, been defended by the city’s other Labour MP, Lloyd Russell-Moyle, who said that Councillor Childs had one child at Roedean on a scholarship and another at a local state school, adding: “Just like I want to abolish private dentists, I don’t condemn those using them. 20 per cent of secondary kids go private in Brighton. I don’t condemn parents. I want to incorporate those schools into state.”

A former Hove Labour council candidate, Darryl Telles, had started a petition calling on Councillor Childs to stand down, which he updated last night with news of the pending resignation.

He said: “I’m really glad Councillor Childs has decided to resign. Unfortunately he was becoming the story instead of the excellent council campaign to stop the privatisation of schools in the city.

“Now we should focus on that and ensure we do the best we can for all the parents, pupils and staff involved.”