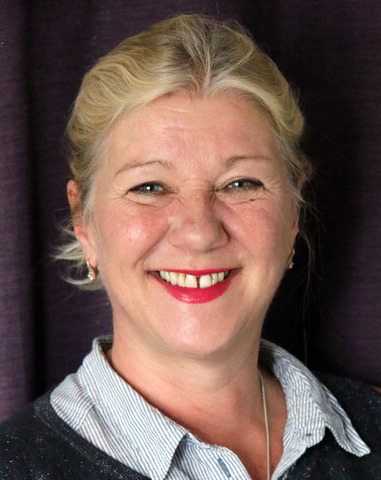 A councillor’s tale of survival after domestic abuse saw her receive a standing ovation as Brighton and Hove City Council voted to support the A Safe Home campaign.

Labour councillor Amanda Grimshaw’s hands shook during the moving speech as she told councillors of the time she decided to leave her abusive partner when seven months pregnant.

Her speech came as councillors voted unanimously to ask the authority’s chief executive Geoff Raw to write to the Secretary of State for Communities asking for the Domestic Abuse Bill to include a requirement that victims should be housed as a priority.

Speaking at the full council meeting at Hove Town Hall on Thursday 25 July, Councillor Grimshaw said had nothing but the clothes she was wearing when she asked for help at city council offices at St Bartholomew’s House, on a chilly day in 2001.

She said: “I was attempting to flee domestic abuse.

“This time I was determined to get away for good and not just sit it out at my ageing worried mother’s one bedroom flat and wait until I was allowed back in the family home.

She was first placed in a B&B with her three-year-old child, but as there was not enough room, her older children (from a former marriage) had to go to live with their father.

But she was then given a temporary one-bedroom flat with shared facilities which allowed her ten-year-old to come back and live with her.

Her baby due, she had no cot or furniture, and her abusive former partner was encouraging her to come home.

Councillor Grimshaw said: “I somehow kept strong and didn’t go back, I had my baby and five days later I was given the keys to my own council home.

“I was overjoyed with happiness, I was safe I had my own home, with my own front door that I could lock, where I was in control of my life and not subject to the abusive demands of another.

“Never again would I be locked out! This was a turning point in my life – I was free.

“Free to make my own decisions, to begin my lifelong learning journey which took me to education and empowerment and activism and allowed me to fly and become the person I should have been before.

“I am standing here in this chamber today only because I was supported and encouraged to be strong and given the one thing that made it all possible and that was a safe home.

“We must support this motion to ensure that all person subjected to domestic abuse have the chance to be free.”

Labour councillor Gill Williams put forward the request for the chief executive to ask for an amendment to the new law.

She told councillors 53 per cent of women who have experienced domestic abuse were prevented from making a homelessness application by their local council.

A study by St Mungo’s found 16 per cent of homeless men had experience violence and or abuse from a partner.

She said: “Extending automatic priority need to all survivors would remove the requirement to prove vulnerability.

“This is an important amendment and would make the Domestic Abuse Bill more meaningful and would significantly help to change the culture around how survivors are dealt with when presenting as homeless and in need of help.”

Labour councillor Amanda Evans seconded Councillor Williams’ motion and spoke in support, saying 725 women and 35 men are killed each year by their partner or ex-partner.

She said: “Domestic abuse should never be taken lightly, or looked away from, or seen as just a bit of relationship dysfunction.

“I’m sure most of us think that we don’t do that, that we know that this is very much life or death stuff.

“And yet, the law doesn’t treat it as such, or require (and pay for) councils to do so.”

Conservative councillor Mary Mears congratulated and thanked all speakers for their moving speech.

She praised Councillor Evans in particular for raising the issue of male victims.

Councillor Mears said: “I think often most people associate it, quite rightly, with women and young children.

“But there is also domestic violence around men that sometimes not as highlighted as it should be.”

Labour councillor Kate Knight spoke of domestic abuse as a hidden crime from her experience based on 25 years working in criminal justice, as a defence solicitor and then a probation officer.

She said: “Finding oneself in a position of being subjected to domestic abuse is not a situation that occurs overnight. The process is long and subtle.

“It often starts with flattery, with protestations of love, of wanting to care and protect a person and slowly but insidiously slips into undermining, coercion, control and violence – often fatal violence.”

Green councillor Hannah Clare received unanimous support for her amendment asking for the authority’s Policy and Resources Committee to protect funding for violence against women and girls programmes.

Councillor Hannah said: “There is more we can do to support survivors. We can support our third sector services in the city.

“We can increase affordable housing to provide more avenues for survivors to leave.”

Councillors voted unanimously to support the A Safe Home campaign, and ask for the Domestic Abuse Bill to be amended to include a requirement that all domestic abuse survivors presenting as homeless should be considered a priority.