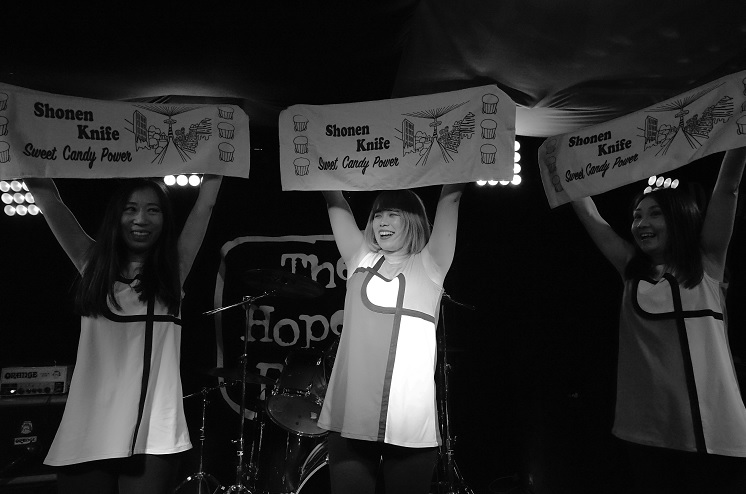 Even the gloomiest of us need to take a day off sometimes. I’ve dragged myself from my introspective reverie on the chaise longue and I’m heading for Brighton, to spend some time in the shiny happy world of Shonen Knife.

Formed in Osaka in 1981, they craft hook-laden bursts of punky guitar pop with relentlessly upbeat lyrics, often themed on frivolous topics like food and animals. Delivered with a playful energy, by a heart-meltingly cute trio of Japanese women, it’s a formula that seems to have stood the test of time, impervious to the vagaries of fashion. Once championed by no less than Kurt Cobain, Shonen Knife have continued to tour through the ensuing decades, and have released more than twenty albums, mining an apparently inexhaustible seam of fun and happiness. Their latest offering is entitled ‘Sweet Candy Power’, and my mouth is already watering in anticipation of tonight’s taster.

The show is courtesy of local promoters Love Thy Neighbour, and is in the 150 capacity upstairs room in The Hope & Ruin. Tickets for tonight sold out pretty briskly, and there’s a buzz of anticipation around the venue. 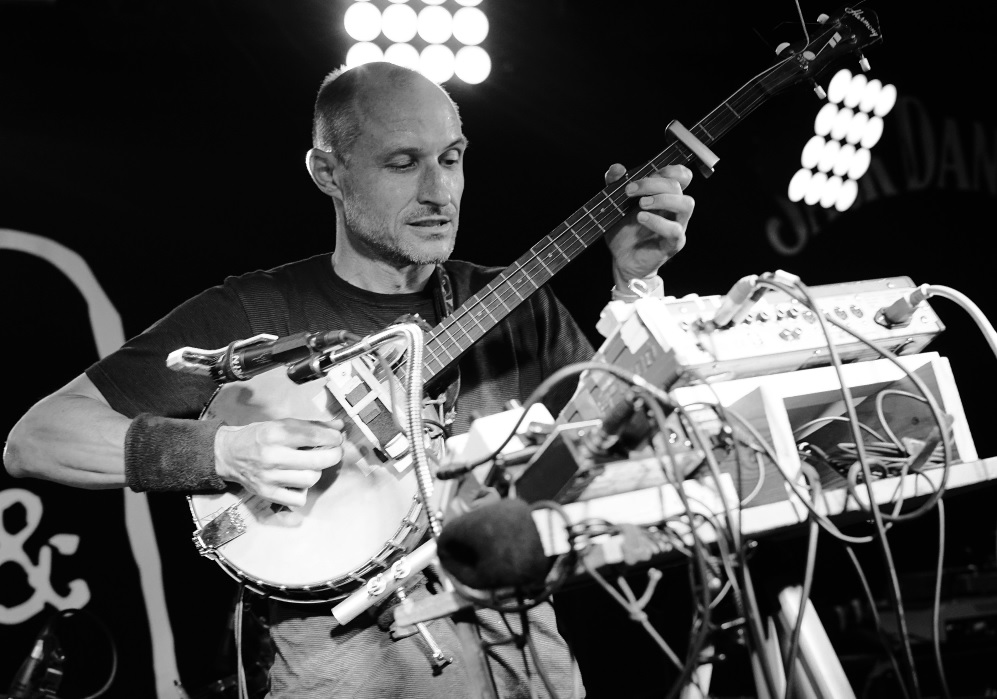 The first of two support acts is L C Pumpkin, a one man operated garage rock band from Brighton. An unassuming chap in shorts and T-shirt, his instrument of choice is a banjo, the sound of which is drenched in fuzz and reverb. As he plays, he uses a cork on the end of an aluminium arm to hit the pads of a sample controller, triggering a selection of gloriously retro analogue synth sounds. He sings through a harmonica into a distorted vocal mic, which renders the lyrics pretty much unintelligible. The overall vibe is of lo-fi garage psych, with hints of surf music, sci-fi, and 1960’s sonic pioneers like Joe Meek. It’s surprisingly effective and rather good fun. 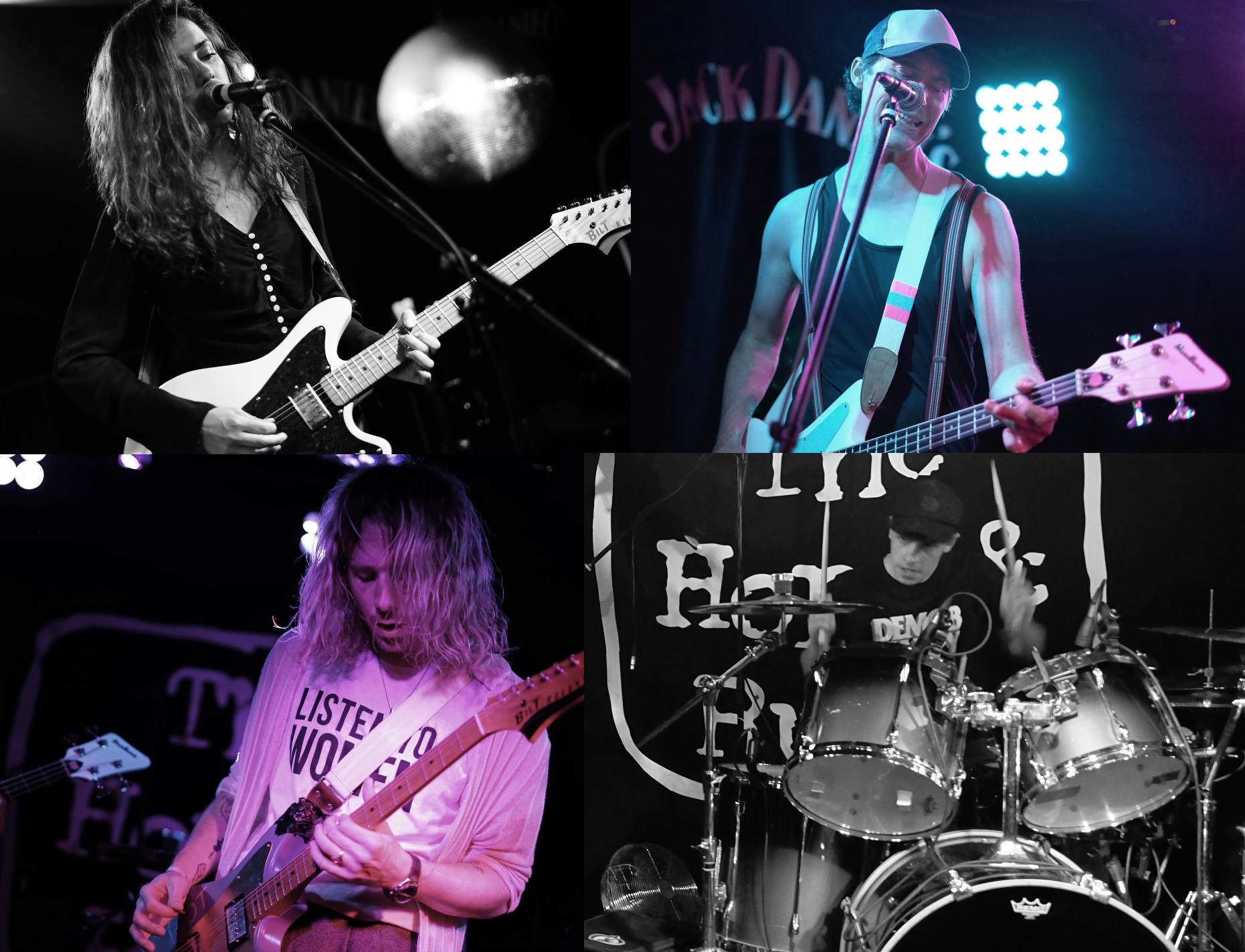 Next up are Beach Riot, a Brighton based four piece. They play a lively and grungy fuzz pop, and their twin guitar assault, coupled with shared male and female vocals, reminds me a bit of Sonic Youth. This band very much have their own thing going on though, and it’s clear they have a lot of local support. On guitar is Rory O’Connor, flailing a shock of curly blonde hair, a ‘Listen To Women’ motif on his t-shirt. Dark clad fellow guitarist Cami Menditeguy has plenty of hair to swing about too, and when the two of them get a groove on it looks spectacular. Both play Bilt Revelator guitars, similar to a Fender Jaguar shape, but made by a small firm in Des Moines, Iowa. They look cool and sound great. Baseball hatted bassist Jim Faulkner and drummer Jonny Ross, whose Demob Happy t-shirt is soon discarded, provide a solid foundation with plenty of vigour.

Opening number ‘Medicate For Success’ goes off at a brisk pace, with a lovely ascending bass hook and nifty stops to a screeching rhythm guitar figure. The twin vocals sound great. The next three songs are new to me, so apologies if the titles are not correct (I can’t see any setlists). I particularly like one with a 1960’s vibe, whose high twin vocal refrain sounds like ‘Tune In, Drop Out’. The more familiar ‘Good To Know’, from the band’s eponymous EP, is a real stand out. The descending twin vocal hook is simply glorious, and matched by an equally spectacular ascending guitar break. Superb! Bass led ‘Serial Scruff’ has a languidly grungy vocal that reminds me of classic Nirvana. It alternates quiet breakdowns with climatic crescendos where the drum fills really get moving. Set closer ‘She’s A Hurricane’ is bursting with insistent energy, accompanied by plenty of flailing hair and limbs. This has been an excellent set, and Beach Riot are clearly a band to watch out for. 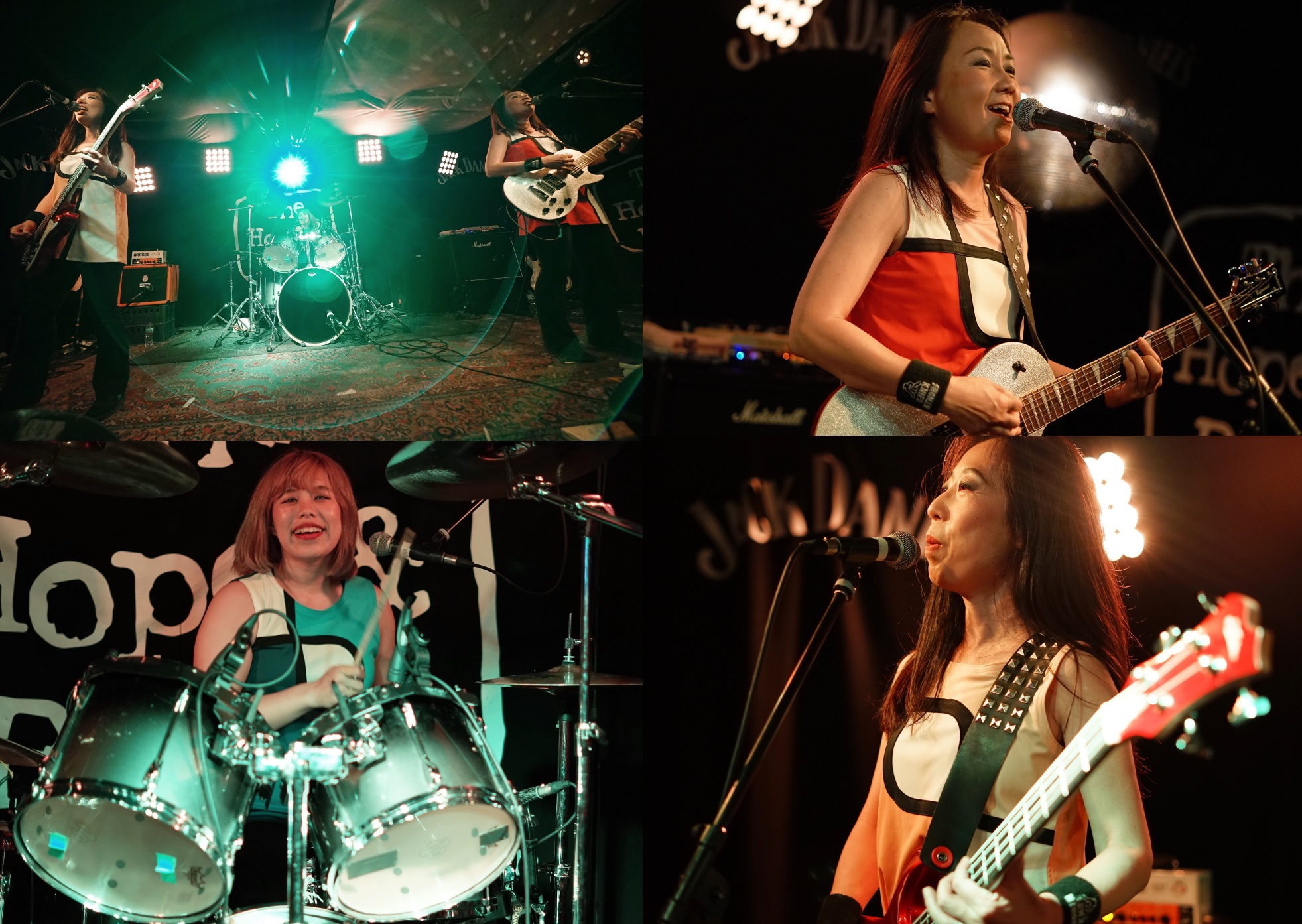 Shonen Knife take the stage like emissaries from a better version of reality, with beaming smiles and Mondrian style op art dress tops. The room is absolutely rammed and everyone seems really excited. Arms and drumsticks held aloft, the band launches into ‘Jump Into The New World’ and we’re all coming too. Original member Naoko Yamano wrangles the riffs from a sparkly Charvel guitar in a Les Paul shape, her long dark hair flicking as she nods her head. Her sister, bassist Asuko Yamano is a founder member too, though originally a drummer, and has an equally engaging stage presence. Behind the kit, Risa Kawano is possibly the most cheerful person I have ever seen. Her ginger bob swishes about her broadly grinning smile as she thumps the toms and smashes vigorously at the splash cymbals.

For the most part, there are minimal breaks between songs, and we move briskly from one slice of perfect punk pop to the next. ‘Twist Barbie’ is embellished with some nicely choreographed moves by Naoko and Asuko. When the band members do pause and address the audience, it is utterly charming. Naoko politely informs us that they would like to play three numbers from their new album, and receives a loud cheer in response. ‘Dizzy’ opens and closes with overhead clapping by the band, and pretty much everyone in the room is joining in too. The enthusiasm is irresistibly infectious.

Drummer Risa takes the lead vocal for ‘Ice Cream Cookie Sandwiches’, in a chirpy voice. If ice cream and cookies are your favourite things, and it’s a tricky choice, then why not combine the two? I can’t argue with that.

Naoko introduces a couple of numbers from back in the 1980’s. ‘Public Bath’ has an insistent riff that reminds me of ‘Break On Through’ by The Doors, and ‘Ice Cream City’ sports some equally catchy riffage, with bassist Asuko taking the lead vocal.

“After songs about ice cream, here are songs about cute animals”, is the introduction to ‘Capybara’, which is astonishingly catchy and has a slight ska feel to its rhythm, with Risa’s brisk fills scurrying around the kit.

The set moves on, and there’s no let up in energy or enthusiasm, and those beaming grins just keep on smiling out into the delighted crowd. This is a cracking show, and every song’s a winner. I particularly enjoy ‘Riding On The Rocket’, with Risa standing up to drum while Naoko and Asuko throw shapes at the front.

At the set’s conclusion both band and audience seem wildly happy, and there is no question of not playing some encores. After briefly leaving the stage, the band members reappear wearing a selection of their merch, and holding aloft towels printed with the band name and album title. The first encore, ‘All You Can Eat’, seems particularly appropriate, as tonight’s pop confection has been absolutely delicious and rather morish. 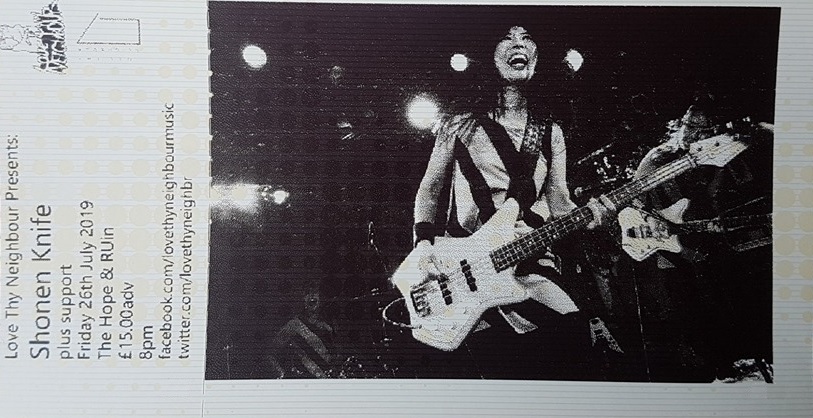