Neighbours are worried about the noise that they say will come from a rock star’s new seafront home in Hove.

But the sound from the air conditioning units planned for Pink Floyd guitarist David Gilmour’s five-bedroom house will be nothing like the decibel levels at one of the band’s gigs.

Mr Gilmour and his wife, novelist Polly Samson, want to fit the air con units to the family home that they are building on the site of Medina House.

The three-storey home is under construction but the couple need planning permission for the air con units and some minor design changes.

These include repositioning some windows, putting up a satellite dish and replacing tiles planned for the dormer windows with a metal finish.

Neighbours have sent 11 objections to Brighton and Hove City Council but officials have recommended that planning permission is granted for the changes.

The council’s Planning Committee is due to meet next Wednesday (7 August) when councillors will make a decision.

A report to the committee said: “The units on the roof will be located towards the southern end of the roof and will include an acoustic wall lining to prevent sound reflecting and travelling across to neighbouring properties.

“These units will be in operation all the time. The noise report on the proposed condenser units has been fully assessed by the council’s environmental health team.

“The scheme of sound mitigation measures … is considered acceptable and compliant with policy when the condensers are in operation.”

One objector, whose details have been redacted on the council website, said: “I strongly object to the late application for numerous air conditioning units to be installed in various outside locations on the new build at 9 King’s Esplanade as they will create considerable noise detrimental to the current peaceful nature of the location.

“Any units shouldn’t be positioned on the outside of the building as they will adversely affect nearby neighbours with constant noise which does not currently exist.” 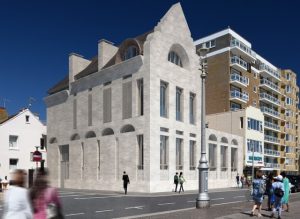 Another anonymous neighbour said: “The change of material to metal will change the look of the building which is within a conservation area, as well as causing potential light reflection and noise issues for neighbouring properties.

“The proposed installation of condensers and a satellite aerial on the roof are also unacceptable to neighbouring properties.”

He gave up trying to get planning permission after years of attempts to knock down the decrepit building and replace it with a block of flats. 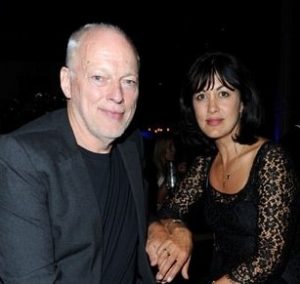 The couple had hoped to renovate the historic property but an arson attack in 2014 left the original building beyond repair.

Plans to renovate the building were abandoned in favour of rebuilding an “echo” of the striking 1894 premises.

The Planning Committee is due to meet at 2pm next Wednesday at Hove Town Hall. The meeting should be open to the public.