Homes and offices to be crammed into backstreet plot in Brighton

A developer wants to turn a storage site into three new homes and two office buildings in the crowded North Laine area of Brighton.

Sussex Property Investments has applied for planning permission to build the homes and offices on a plot behind premises in Upper Gardner Street, Brighton.

Officials from Brighton and Hove City Council have given their backing to the latest scheme after earlier plans were turned down.

But the decision rests with councillors on the Planning Committee which is due to meet next Wednesday (7 August) at Hove Town Hall.

The homes would be two storeys high and each with two bedrooms. One would be detached while the other two would be a pair of semi-detached houses.

One of the office buildings would form a bridge in the gap between two existing buildings, one of which used to be the restaurant Silo.

Neighbours have sent the council 14 objections to the plans, with concerns including loss of light, overlooking and the impact on the sewerage system.

One neighbour, whose details have been redacted on the council’s website, said: “No survey has been carried out of the site to address its suitability.

“The main sewer draining Queen’s Gardens runs just beneath and behind the current boundary wall.

“How this will be surveyed and addressed has not been discussed in the proposal.

“This historically informal and open site provides a much-needed sense of space in a crowded urban conservation area and should be preserved.” 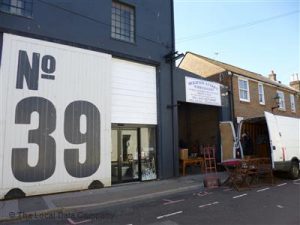 Another anonymous neighbour said: “It is totally inappropriate to the scale and the ambience of the North Laine area.

“It proposes a very cramped and dense overdevelopment of a small strip of land.

“Access is very limited and there is no provision locally for the increase in cars which will overstretch the already difficult problem of on-street parking.”

The North Laine Community Association objected to the proposed development as it would be in a narrow alleyway.

It said that this would result in a cramped and poor environment, that it was an overdevelopment of inappropriate density and would cause harm to the conservation area.

In a letter of objection, the community association said: “The density is inappropriate and does not identify with the character of the area which is mainly terraced housing.

“The mews type proposed is not common within North Laine.” 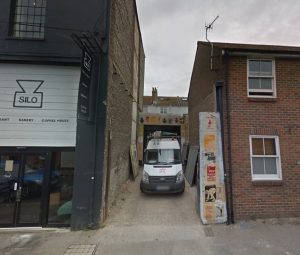 The association also asked that none of the residents of the three proposed houses would be able to apply for parking permits.

There is no vehicle access to the new homes. But the site would have 21 bicycle parking spaces.

Last year an application to build four houses on the site was refused as it would have resulted in a loss of employment space, a poor outlook for neighbours and a tiny outdoor space.

Planning agent Dowsett Mayhew said on behalf of Sussex Property Investments: “Careful positioning of windows and the use of roof lights ensures that there would be no significant overlooking to the neighbouring properties but also that each dwelling will receive an adequate amount of daylight and benefit from an appropriate outlook, therefore providing a high standard of accommodation for future residents.”

The Planning Committee is due to meet in public at 2pm next Wednesday at Hove Town Hall.