An illicit karaoke bar in Brighton has been granted a licence to operate as a late-closing restaurant serving alcoholic drinks. 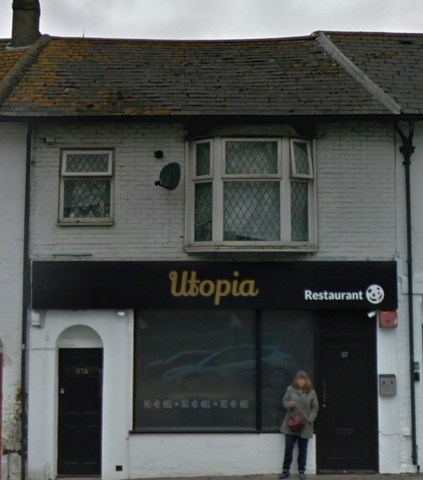 No 1 Restaurant – formerly Utopia and previously the Sichuan Garden Chinese takeaway – can reopen once a “designated premises supervisor” (DPS) has been approved.

The premises closed in February after neighbours complained about the noise from late-night karaoke sessions and Brighton and Hove City Council served a noise abatement notice.

Licensing officers from the council and Sussex Police went to the premises in Ditchling Road, near the Open Market and opposite The Level.

They found that the old takeaway had been converted into an unofficial karaoke bar, with a separate room for the tile game mahjong and a cooker that was not wired in to the mains.

It also had a fully stocked bar even though the Sichuan Garden’s drinks licence only permitted off-sales of beer, cider and wine with takeaway orders.

The restaurant’s owner, Yingbo Food Culture, told a council licensing panel at Hove Town Hall that it would no longer hold karaoke sessions at the premises. It wanted to have a VIP dining room and to keep the mahjong room though.

Customers would cook their food at their tables, Korean barbecue-style, or using table-top hot-pots.

The three councillors on the licensing panel – Labour councillor Jackie O’Quinn, Conservative councillor Dee Simson and Green councillor Marianna Ebel – were concerned about the arrangements for a DPS.

They were worried that the proposed DPS, Mei Mei Lue, who previously held the same position at the Famous Sichuan, in Queen’s Road, Brighton, from 2012 to 2014, did not have enough understanding of licensing law.

The panel was told that Yingbo’s company secretary Ting Huang, who was a “personal licence holder”, will have day-to-day responsibility for the business.