People with disabilities are being asked to go along to an event aimed at making it easier for them to use the beach in Brighton and Hove.

They hope to bring together people with disabilities and others such as designers and manufacturers who may be able to help make beaches more accessible.

The event comes after campaigner Claire Nelson presented a petition of almost 2,000 signatures to the council.

It said: “We the undersigned petition Brighton and Hove City Council to improve access to the city’s beach for all disabled people and those with access needs, including children, elderly people and people using mobility equipment.

“Many local residents cannot equally access the seafront, the beach and the sea as current beach access is not adequate for people with a wide range of needs and impairments.

“We have sent people to the moon but cannot enable all people to get down into our sea.

“Improved access will also support the reputation of Brighton and Hove as a forward-thinking and inclusive tourist destination.”

Campaigners said that some specialist wheelchairs could be booked. But the shingle and steepness of the beach meant that people needed up to six other able-bodied friends to move the chairs to and from the water.

Miss Nelson said that access was not just about people in wheelchairs getting across the pebbles.

She would like to see better signs, lighting for visually impaired people and a structure to help people with autism to reduce sensory overload.

The “open” event is scheduled to take place at the Brighton Centre on Sunday 25 August.

As part of the preparations Beach Access Team Brighton and Hove met councillors and officials to look at solutions led by disabled people. 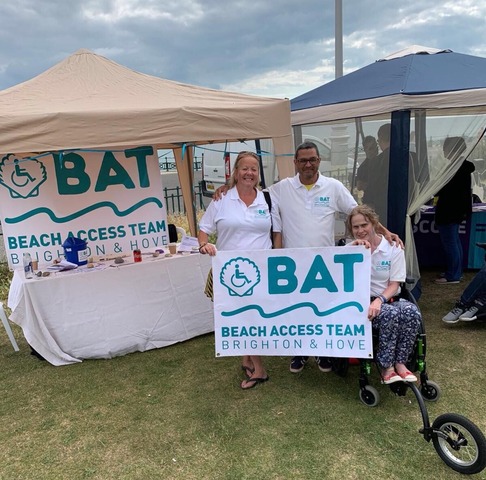 Miss Nelson said: “It would be amazing if Brighton could be an example to other places with beaches. It’s lacking across the country. We’re always an afterthought.

“The whole reason behind the campaign is putting it at the forefront of people’s minds when new things are being developed. It’s about equality, people having access to everywhere.”

She said that there were wheelchair users in Brighton and Hove who had never enjoyed the beach with their family or even dipped their toes in the water.

She praised the Paddle Around the Pier festival for giving people a chance to swim with their access team.

During the event she said it was moving to see people’s reactions when they could walk in the water.

Councillor Alan Robins, who chairs the council’s new Tourism, Equalities, Communities and Culture Committee, said that he hoped that a solution could be found. 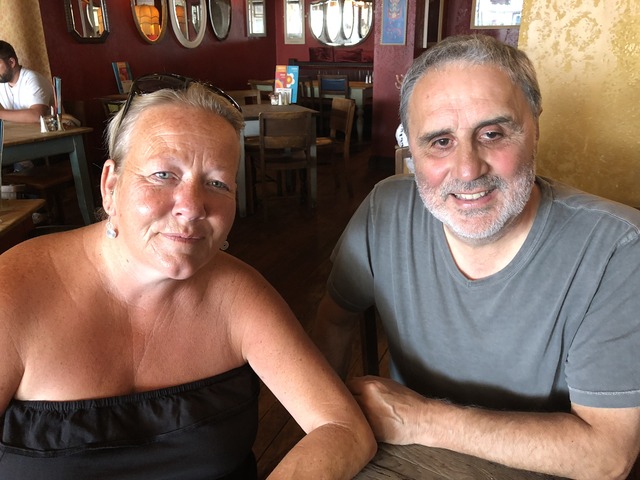 He said: “If we reach for the sky and fall somewhere short, at least we’ve reached for the sky.

“If we worry from the start, we’ll never get anything done.

“It’s not like it’s a frivolous or unimportant thing. It really will change people’s lives. It will make such a difference.

“For a town like Brighton that likes to think of its self as forward-thinking, let’s be the ones who are that.”

Councillor Robins said that most equipment aimed at improving beach access for people with disabilities was suited to long sandy beaches rather than the pebbles of Brighton and Hove.

He wanted disabled people to be able to act spontaneously to go to the beach on a sunny day rather than take a week to get friends together to help them access the sea. 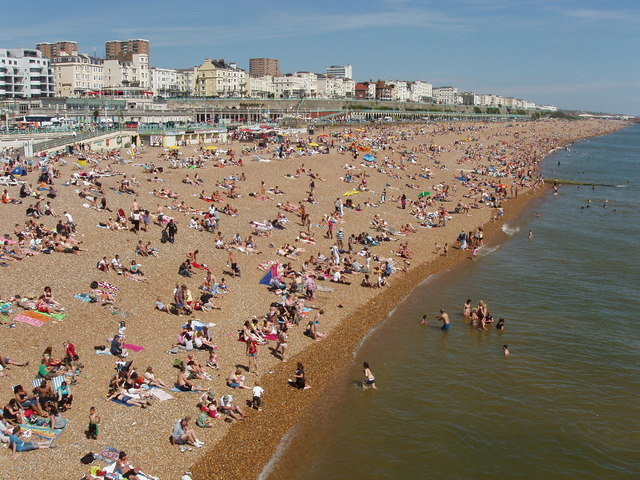 He said: “It is the terrain that’s beating us – the pebbles. It’s steep. Whatever you put down after a storm, it gets covered with two or three tonnes of pebbles.”

He has also spoken to Brighton University and Sussex University to see whether design students might be able to come up with solutions. Options might include using the groynes as a base for a slipway.

Councillor Robins said that he hoped that any solution could be used on similar beaches.

He said that the council was being led by the Beach Access Team to make sure that any solutions worked for people with all sorts of disabilities rather than presenting people with something untested that didn’t work.

The open day is due to run from noon to 4pm on Sunday 25 August at the Brighton Centre.

More details about the Beach Action Team and the event can be found on Facebook at www.facebook.com/events/2477424415641300.