The ambulance trust serving Brighton and Hove has come out of “special measures” after an inspection by the Care Quality Commission.

The watchdog’s verdict comes almost three years after it rated the trust as “inadequate” – the worst of the four ratings – and recommended “special measures”.

The CQC said: “England’s chief inspector of hospitals has recommended that South East Coast Ambulance Service NHS Foundation Trust should be taken out of special measures following an inspection by the Care Quality Commission.

“Professor Ted Baker and his inspectors found sufficient progress to make the recommendation to NHS Improvement.

“A team of inspectors from CQC visited the trust in June and July 2019.

“This was to assess the quality of the core services: emergency operations centres, emergency and urgent care and the trust’s out of hours and NHS 111 services.

“They also looked specifically at management and leadership to answer the key question: Is the trust well-led?

“The trust was rated as good overall and (good) for providing safe, effective, caring, responsive and well-led services. Previously the trust was rate as requires improvement.”

NHS medical director Professor Stephen Powis said: “I am pleased to note the improvements that South East Coast Ambulance Service NHS Foundation Trust has made and sustained since the trust entered into special measures for reasons of quality in September 2016 and delighted to confirm that the trust has now been taken out of quality special measures.

“I recognise the hard work and commitment of all of their staff in delivering this outcome. I was particularly struck by the improvements in urgent and emergency care, which has improved from ‘requires improvement’ to ‘outstanding’.

“We also recognise that the trust still has progress to make in a number of areas and that they have plans in place to build and maintain further improvement.”

The NHS regional director for the south east Anne Eden said: “This is excellent news for patients in the local area who are now benefiting from an improved ambulance service. 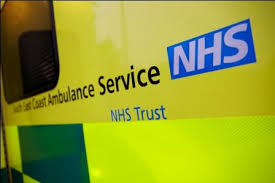 “This is a significant improvement and one which staff across the trust have worked hard to achieve.

“We are now putting in place support and oversight to ensure that improvements are maintained, any remaining quality concerns are addressed and that performance and governance arrangements are strengthened.”

“The trust has embedded the improvements our inspectors saw at our last inspection in November 2018 and has also met the requirements we asked for.

“Nearly three years ago, we rated the trust as inadequate overall because of concerns relating to patient safety, the organisational culture and governance.

“Since that time, we have been back twice to inspect and continued to monitor the trust closely.

“The credit must go to the hard work and commitment of the staff and the current leadership team. I congratulate them on their achievements.

“The overall rating of good reflects a substantial improvement in the quality of services at the trust and I am happy to recommend that it is removed from special measures.”

The CQC said that inspectors had found improvements in the ambulance service’s emergency and urgent care which was now rated outstanding – the top rating.

The watchdog added: “Staff showed a strong person-centred approach to care. They offered emotional support and treated people with compassion and kindness.

“During previous inspections in the emergency operation centre, inspectors observed that there was no clear oversight of patients who had fallen or those who had been lying waiting for some time.

“There was a now new dispatch system in place which gave better oversight to the age of the faller which gave a clearer indication of where the patient was, the environment around them and if they were supported.

“Staff told inspectors that this enabled them to triage and prioritise.

“Inspectors also visited the trust’s out of hours and NHS 111 service. They found staff in the centre worked together and with other organisations to deliver effective care and treatment.

“Patients were supported and empowered to manage their own health and maximise their independence.

“The service identified patients who may need extra support. For example, transfer to a mental health clinician or the pregnancy advice line.

“Where a patient’s need could not be met by the service, staff redirected them to another service.

“(The) CQC had reported previously on a culture of bullying and harassment within the trust. The trust has worked hard to address this.

“Staff spoke about the improvements and steps taken by managers at all levels to address bullying.

“Staff now felt more confident to speak up if they observed behaviours which did not reflect the values of the trust.

“Senior leaders and managers engaged with staff and listened to their views. The board demonstrated a genuine desire to understand what mattered to staff. They saw this as a key aspect of good leadership to ensure a sustainable and consistent service.

“Staff told inspectors they felt engaged and were confident their views and feedback were valued and acted upon.”