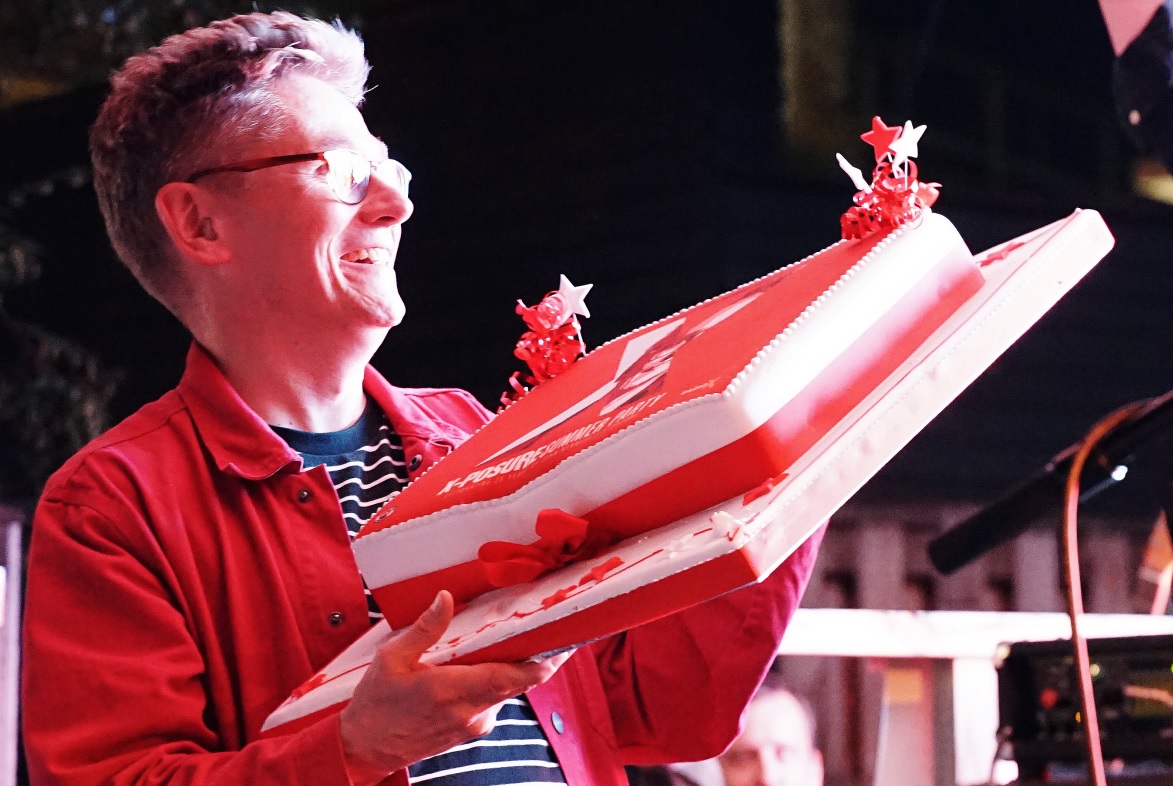 The all-day musical extravagance on Saturday 17th August saw the likes of Calva Louise and MarthaGunn start the afternoon with the punters arriving in droves to Flat Iron Square, as the weather lifted for the event and the sun came out.

John Kennedy’s long musical history never misses a beat with the emergence of new bands and introducing to a wider audience. 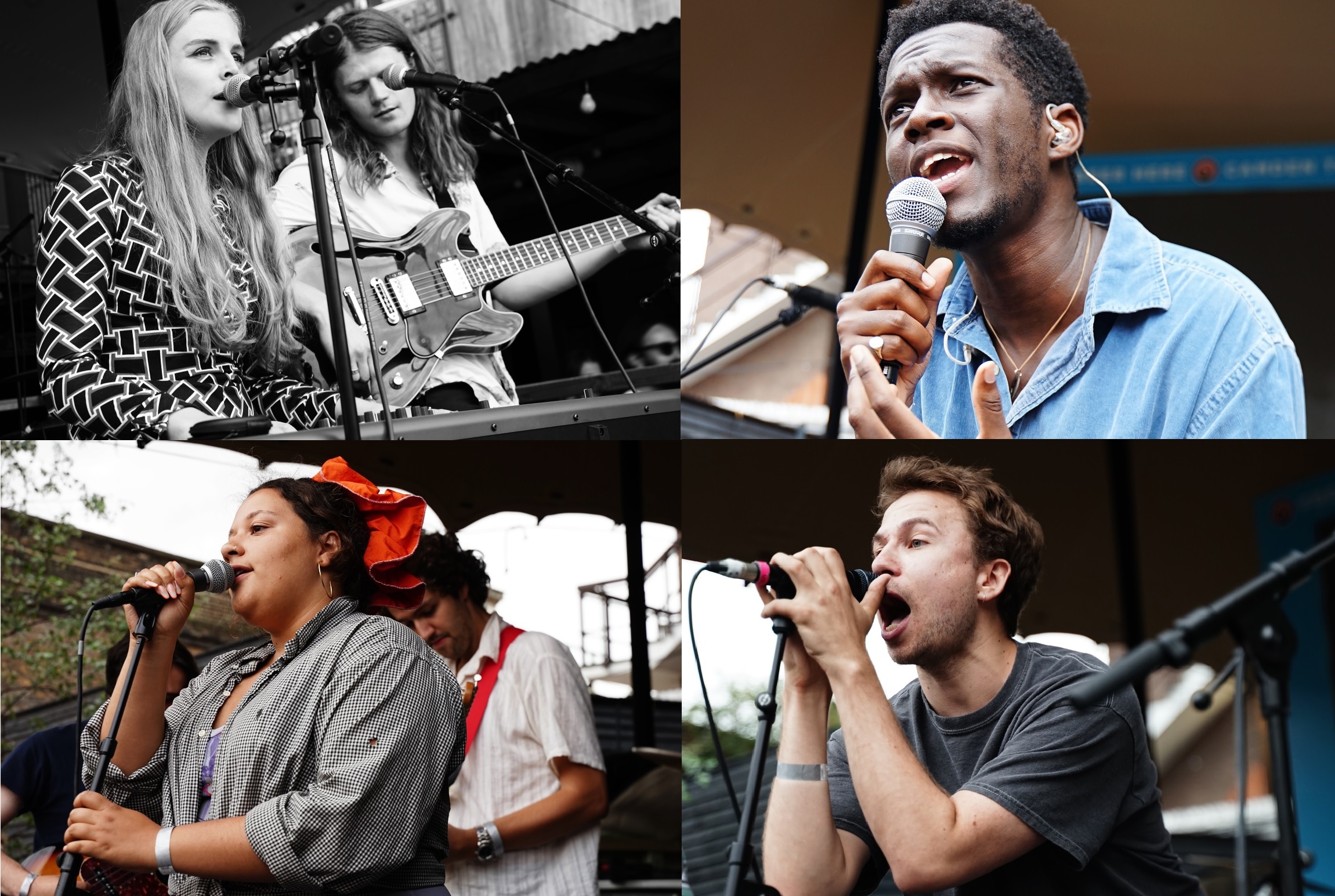 What a good day as well for Calva Louise to be performing a live set in the surrounding square with the release of the new single ‘Belicoso’ as the song already has been given a warm welcome on Radio 1. The fans truly danced along to old favourites ‘Outrageous’ and ‘Tug of War’.

What more did the fans want as well as the free Camden Brewery pint for a reward for arriving early on for a sweet return of the British sunshine?

Swiftly following on the Outdoor Garden Stage were MarthaGunn, a quintet stemming from Brighton with their home grown alt rock songs, they first came to fruition five years ago and have played ‘The Great Escape’ as well as ‘Bushstock Festival’. Their influence to the Mystery Jets can be heard in their diverse and varied songs. The crowd danced and loved every minute of it in front of the stage.

Not long after MarthaGunn had stepped off stage, Mosa Wild treated early comers with a more mesmerising, jazzy sound, with synths and the imamate release of their debut EP ‘Talking in Cycles’. Sensibilities feature strongly in their lyrics and a most enchanting listen on a sunny Saturday afternoon in London.

APRE got the groove going ready for the evening with a catchy blend of Indie Pop and no doubt will soon the band will charm bigger crowds in the near future. 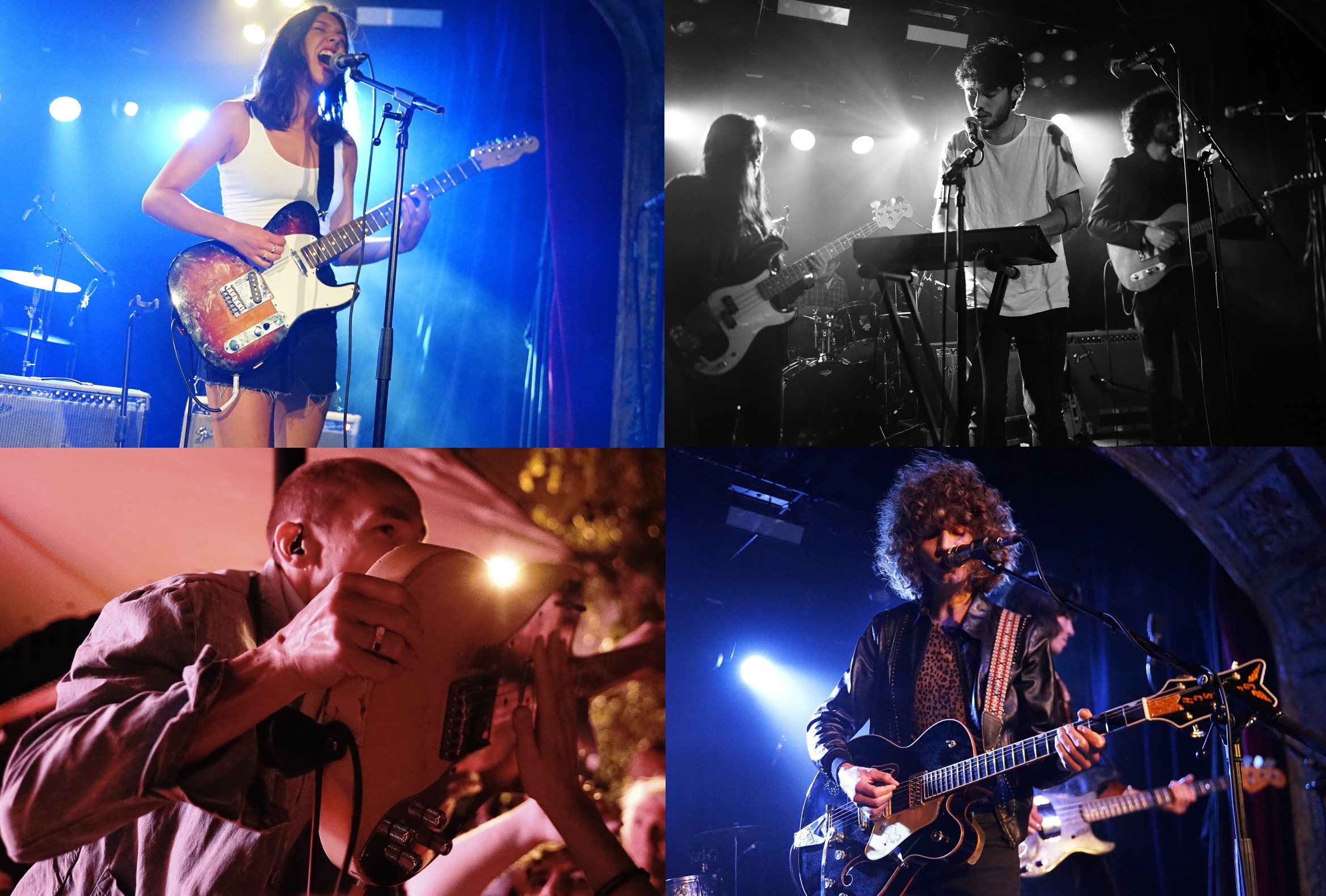 During the early evening the stylish revamped music venue and creative arts space underneath London Bridge’s arches hosted The Mysterines and Somebody’s Child to bring the level up a notch. The Mysterines certainly did not disappoint with a more Rock and Roll grunge sound. No surprise there as there is quite a bit of hype surrounding the Liverpool three piece band, who comfortably performed on the Omeara stage!

Somebody’s Child perform with intriguing lyrics and tighter guitars in order to get your toes tapping, with songs that are touching on mental health issues and anxieties in society. The Irish band have in the past supported Kodaline and the recently released single ‘Distance’ is the most promising.

Meanwhile back outside in the square, the crowds were tightly packed in for The Mystery Jets who performed an hour long set, playing classics ‘Bubblegum’, ‘Two Doors Down’ as well as latest single ‘Screwdriver’. The band originally formed in the early 90’s as a family project, you can see why everyone was focused on the Garden Stage. John Kennedy eventually came out, to present a cake to mark the 20th Anniversary of his ‘X-Posure’ radio show, to loud cheers from the crowd!

The icing on the cake was the headline band Temples! The original psych-rock outfit who will be shortly touring extensively across Europe and the States in support of third album ‘Hot Motion’.

The band have immensely evolved from’ Sun Structures’ to be recognised and loved with sound that resembles early Bowie and Pink Floyd. If the last ‘Volcano’ album tour is anything to go by, I am sure the third chapter will be well received!

Further info on Radio X can be found HERE. 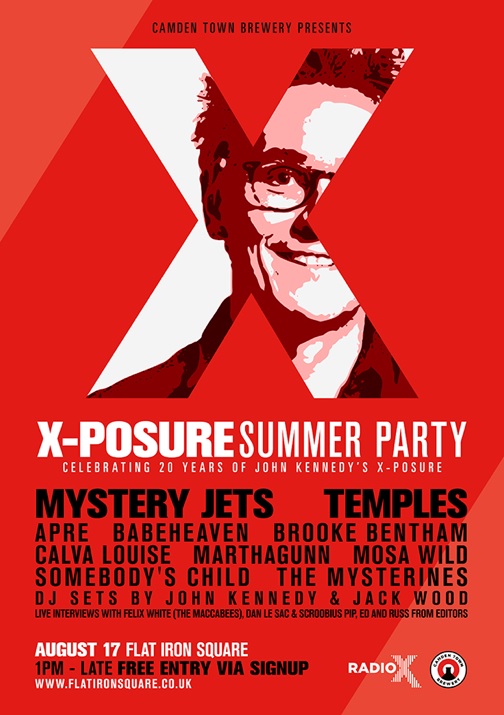