The Beths mobbed by fans and seagulls 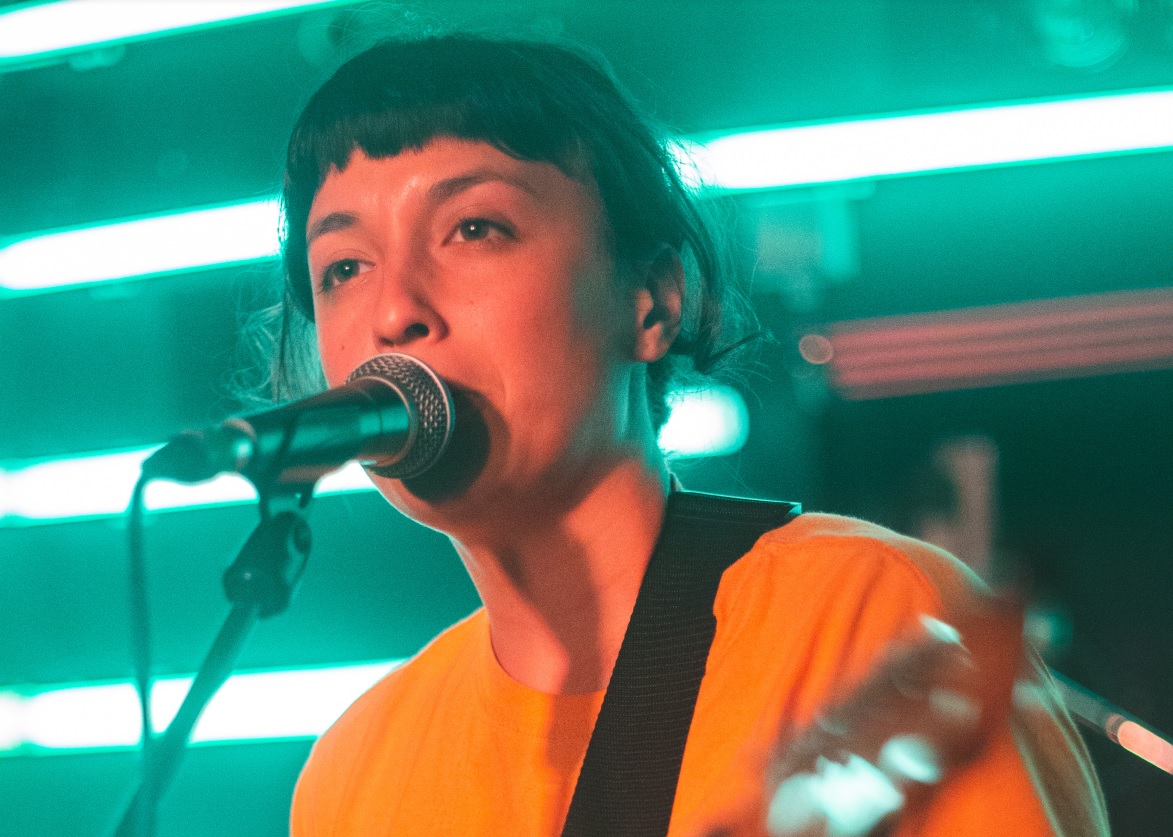 It’s hats off yet again to Love Thy Neighbour promoters (and label) for putting on another fab evening’s entertainment here in Brighton. This time around it was a night of pleasure at Patterns with my fave Kiwi high energy guitar act The Beths, who were performing in town as part of a 14-date European tour and they brought along the interestingly named Peaness as support.

Everyone that was present at the sold out gig will vouch how rammed the venue was this evening. I can’t recall seeing it this busy before and it was all the more surprising having witnessed The Beths perform in Brighton to much smaller crowds on their previous visits. Clearly this sudden massive increase in fans is an indication they are now finally a band on the radar, as are support act Peaness. 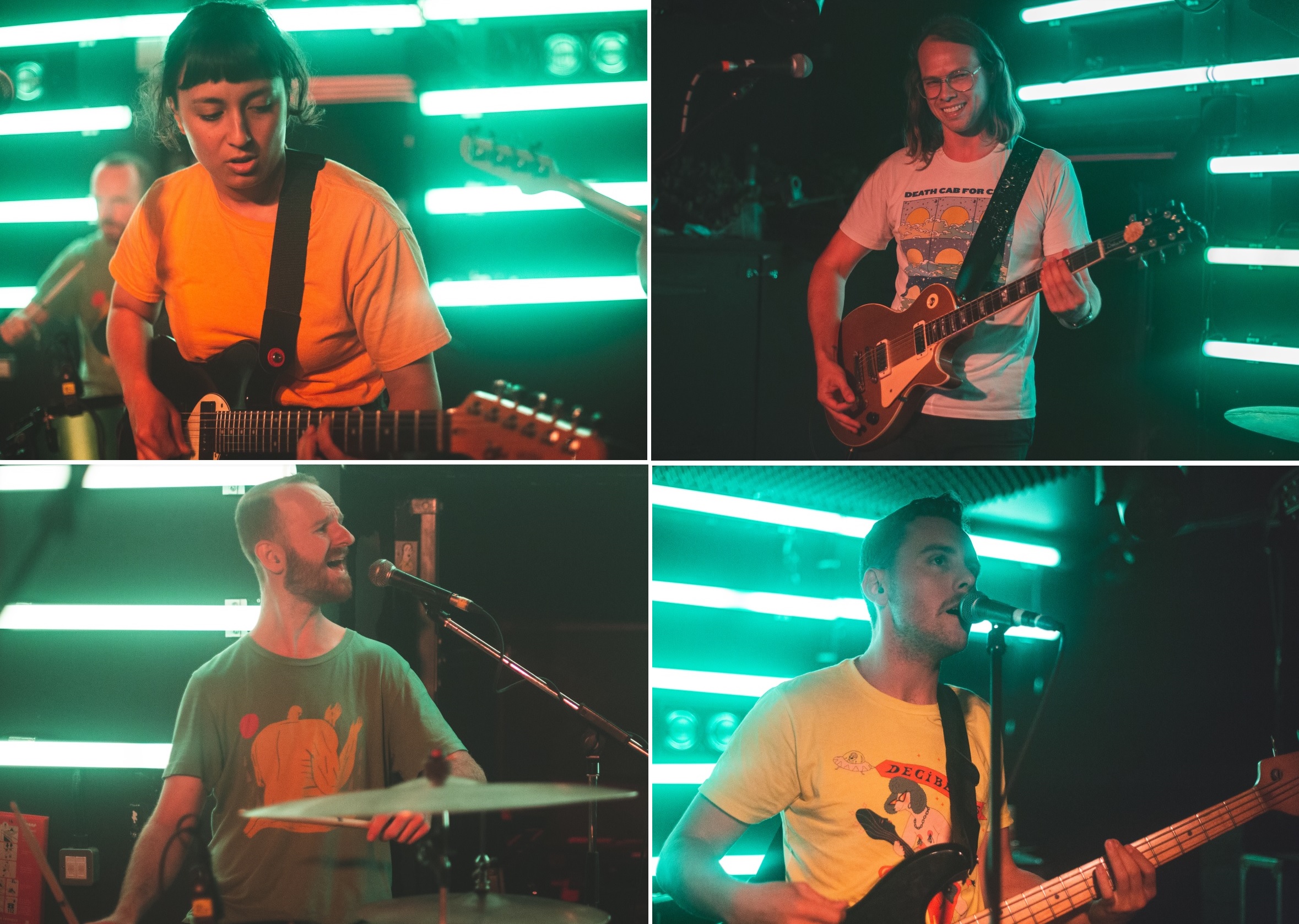 The Beths are an indie quartet that hail from Auckland, New Zealand and have channelled their longtime friendship into high-energy guitar pop with a smart lyrical bite. Guitarist, lead vocalist, and primary songwriter Elizabeth Stokes and guitarist Jonathan Pearce attended high school together before meeting up with longtime mates bassist Benjamin Sinclair and drummer Ivan Luketina-Johnston (who has now been replaced by Tristan Deck) at the University of Auckland, where all four studied jazz. After gigging together in a variety of configurations, everything clicked, and The Beths were born.

Last year saw the guys unleash their mighty fine debut 10-track album entitled ‘Future Me Hates Me’, (which you can listen to HERE). This is a platter that certainly overflows with explosive guitar riffs and infectious indie-rock hooks and it was deservedly one of the Brighton & Hove News ‘Top 50 Albums of the Year in 2018’ – see the full list HERE.

I’m sure that the many punters present here tonight would have become aware of how accomplished the bands harmonies are as a number of times all four members were singing in unison during their eleven song set. Not the longest set in the world, but I tell you what, every song, and I mean every song, was a corker that received rapturous applause. A vast majority of the tunes were from the aforementioned ‘Future Me Hates Me’ album, eight to be precise, with one from their 2016 ‘Warm Blood’ EP and thankfully the two remaining songs were brand new unreleased material. These two new compositions, entitled ‘Acrid’ and ‘Don’t Go Away’ are a positive sign that there is no drop in quality, and I hope that they see the light of day pretty soon, especially as my colleague and I agreed that ‘Acrid’ was the surprise second best track of their set. The best (as it always is) was the awesome ‘Little Death’, which was the closing number.

This is a band that offers a no-nonsense performance, with banter kept to a minimum (“We’re The Beths and we’re from Auckland, New Zealand”). However we did learn that for the first time in her life, singer Elizabeth had her food stolen by Brighton seagulls. This is the second time I can recall a band informing the punters about this – A worrying pattern methinks!

Tonight, due to time constraints as it had to all be over by 10pm, there were no fake encores, they played and conquered, without the need of crowd surfing!

You can further listen to The Beths material HERE and find out more about the band HERE. 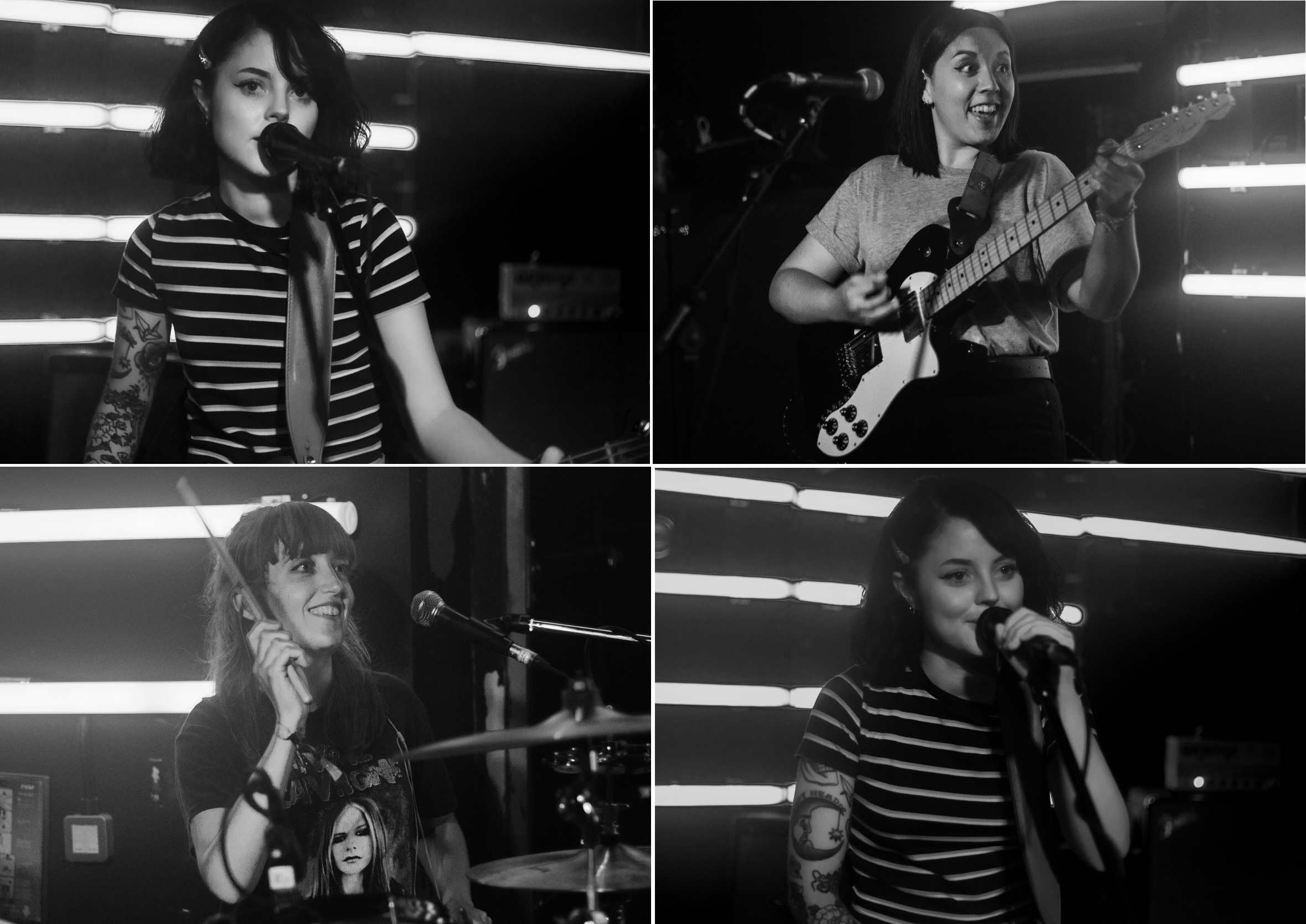 As mentioned earlier, tonight’s support came from the cheekily named Peaness, who we hadn’t seen perform live before, despite them performing at The Great Escape new music festival in Brighton last year, as there are always so many clashes of gigs.

Just like The Beths, Peaness met each other whilst studying, although this time it was at university. The band are an all-girl trio consisting of Jess (bass), Balla (guitar) and Rach (drums) and formed in Chester, of all places, four years ago. There was and still is a close bond between them as is evident this evening when witnessing the shared sweet vocal harmonies of Jess and Bella – their timing is perfect and both sound great!

Funnily enough, musically they do sound like a cross between The Beths and Colour Me Wednesday or even a less in your face version of The Tuts (who are also an all girl trio). They offer up a charm that flows from the stage right through the audience to the very back wall. We are offered melodic, bopping indie pop and the punters liked what they heard. It was packed from the off with their set, which often isn’t the case with a majority of concerts. Folks quite often only turn up for the main acts as they can see what times the bands are performing by the published times on the net. Therefore not giving the support artists the benefit of the doubt and they themselves could be missing a real treat – and tonight Peaness was a treat! This is a band that will go far, I’m pretty sure of it.

In fact they have already performed with We Are Scientists, The Cribs, The Big Moon, Dream Wife, The Pastels, PAWS, The Spook School, Yak, Goat Girl and The Lovely Eggs, with festival appearances at TRUCK, 2000 Trees, Indietracks, Handmade Festival, A Carefully Planned Festival, Wales Goes Pop!, as well as the aforementioned Great Escape.

Have a listen to their material HERE music and more information on the band can be located HERE. 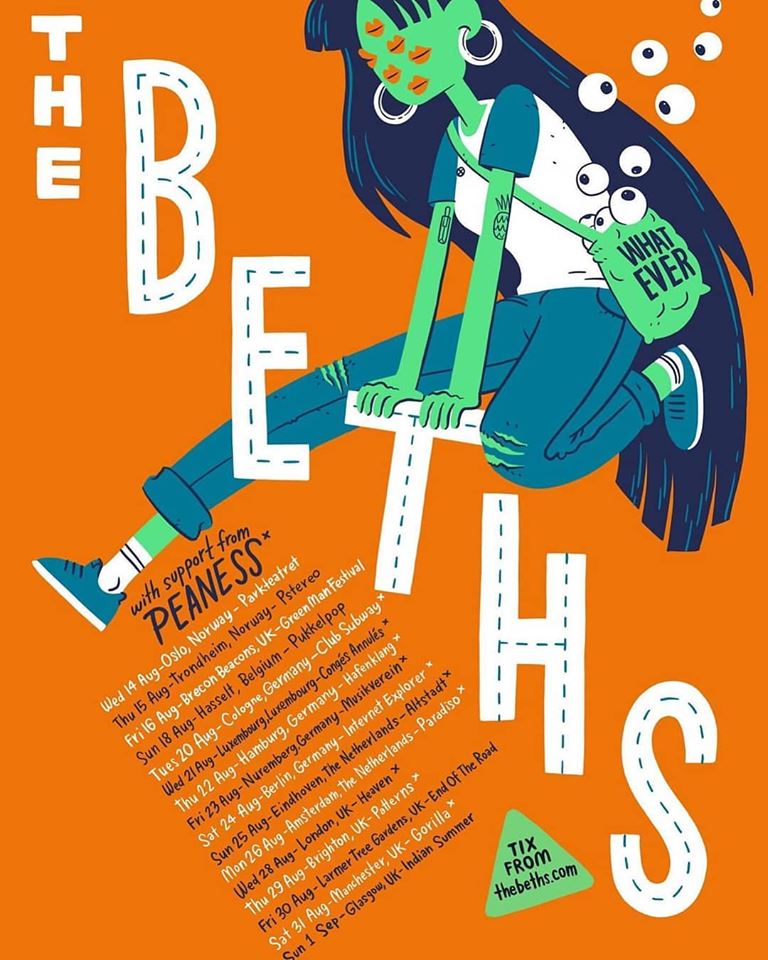