‘Nanocluster 5’ – Music to accompany the lights of the Aurora Borealis 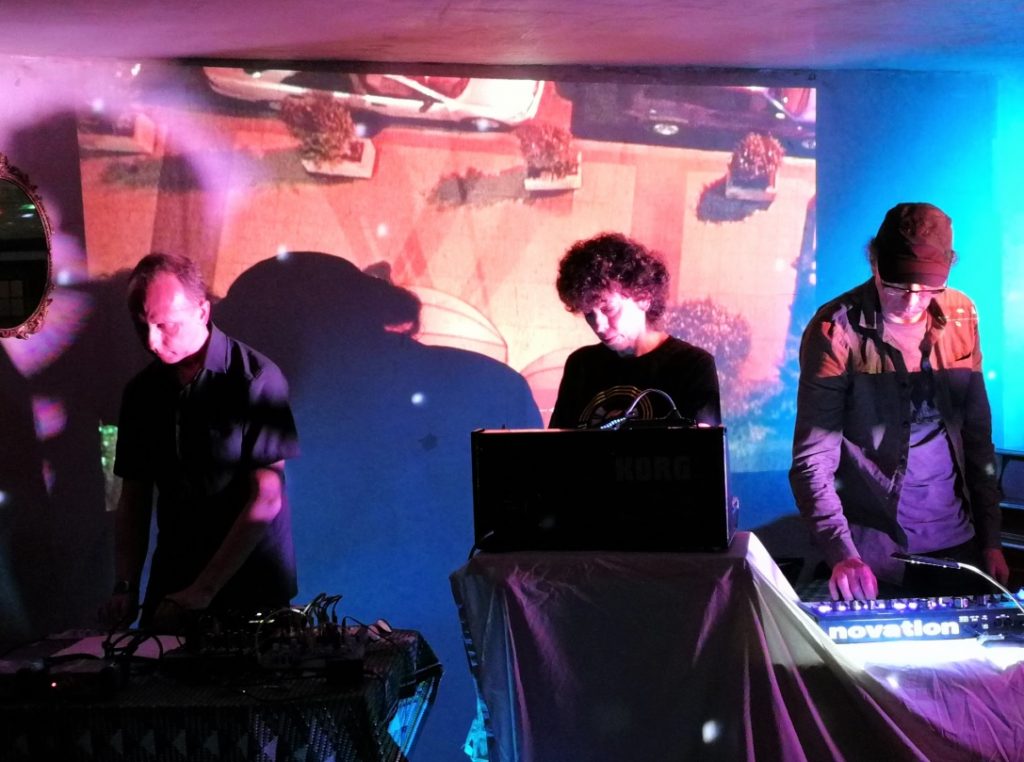 Tonight we finally made it across town to the charismatic venue known as The Rose Hill which is located at 70 -71 Rose Hill Terrace, Brighton, BN1 4JL, which is in between London Road and Ditchling Road. This was to be our first ever gig report from here, having ashamedly never ventured through its doors before.

It is a compact venue, but one of character in an art-vibe way. We had come to witness ‘Nanocluster 5’ which certainly had an air of mysticism about it. The format of our ‘Nanocluster’ evening was for each artist to perform their own instrumental sets and then two of them would come together at the end of the night for a combined session. Thus at ‘Nanocluster 5’ we had four performances by three artists.

On the bill were Scanner, Immersion, and Drill Folly. None of whom had we encountered before and so everything this evening was going to be viewed with fresh eyes and alert ears. 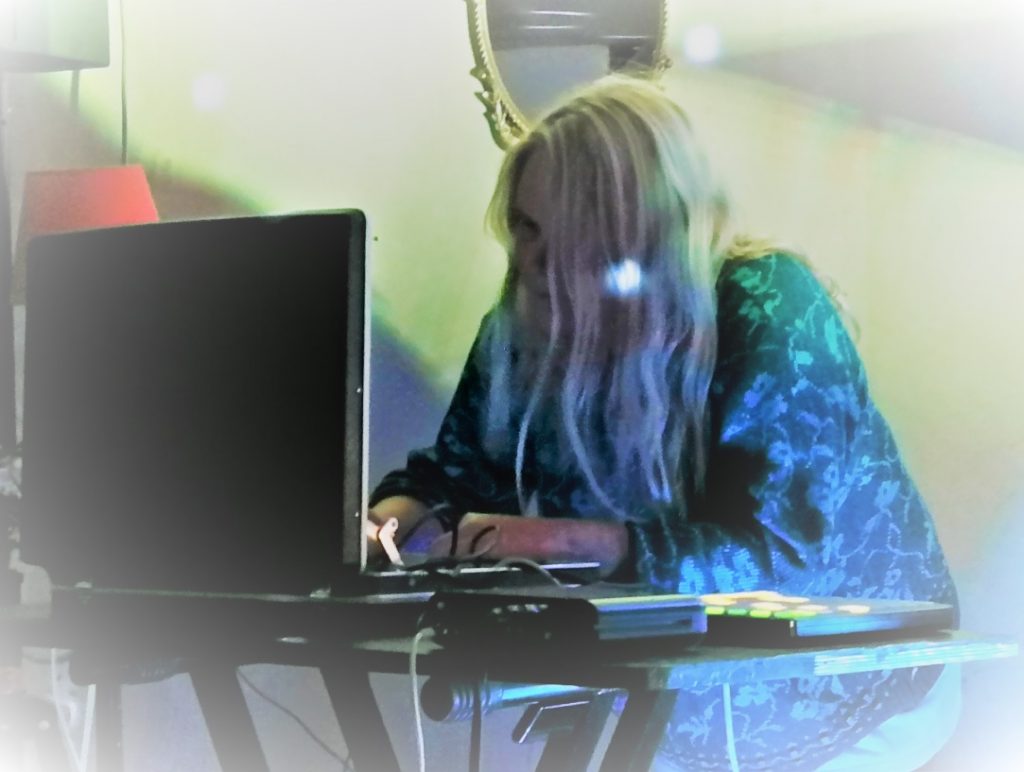 First up tonight was Drill Folly, who was an extra late addition to the evening, having only been added a few days prior to the event. Drill Folly is the project name of Melbourne born, Brighton based, electronic artist Sarah Phelan, who was previously in an outfit called Tantrums.

Tantrums formed in 2009 as an electronic duo project by lead vocalist and bassist Jade McInally and electronics sequencer Sarah Phelan. After several months of collaboration with various musicians the trio expanded permanently with the addition of drummer James Campbell and multi-instrumentalists John Nguyen and Lucy Rash. It seems as though they called it a day around five years ago. You can listen to their work HERE.

Sarah quietly took to the stage and proceeded to disperse electronic sounds from her laptop and finger pads for around twenty minutes. The crowd mainly sat down on the steps, cushions and chairs dotted around the place and the rest stood. Thankfully for Sarah, the pub was already rammed full and appreciated her electronic set. 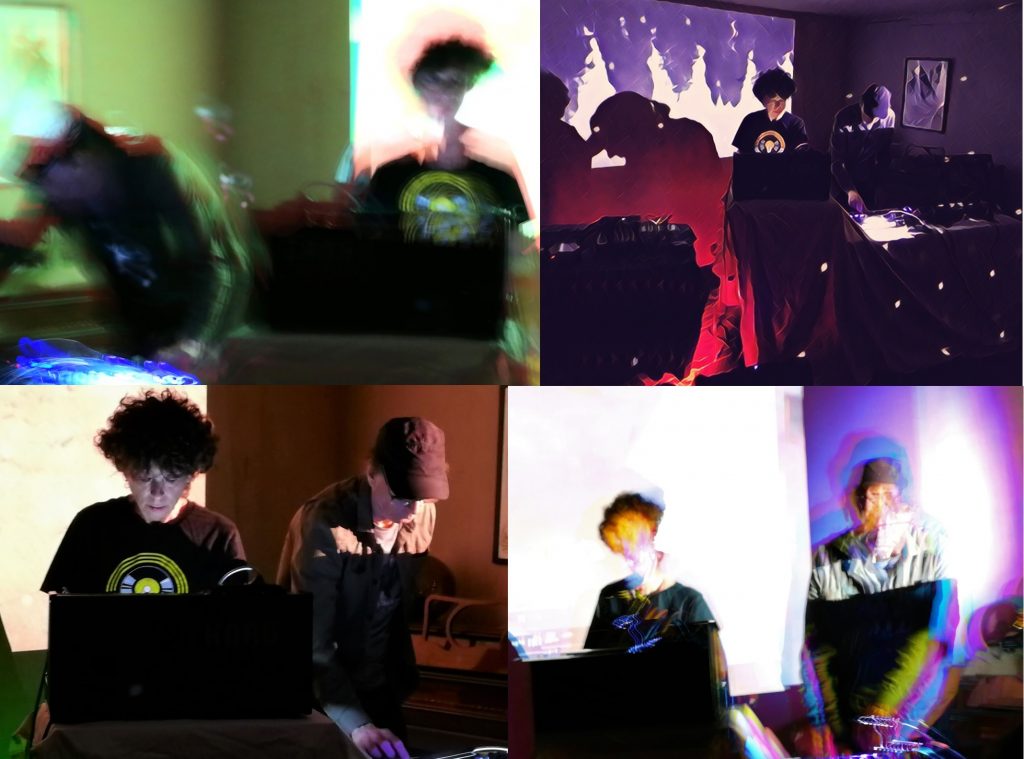 Next up were ‘Nanocluster’ residents Immersion, who are a duo made up of Minimal Compact’s Malka Spigel, and none other than Colin Newman, the legendary frontman and founder of art punk band Wire. I have to confess that I was particularly looking forward to this set as I have Wire’s first two epic album’s ‘Pink Flag’ (1977) and ‘Chairs Missing’ (1978).

Immersion released their latest ten track LP ‘Sleepless’ in 2018 and it follows on from the duo’s last album ‘Analogue Creatures Living On An Island’. You can discover the Immersion releases HERE.

The stage was looking very promising as not only was there a vintage analogue Korg in residence (that was to be played by Malka), but also a Novation synth was in attendance (which came under the jurisdiction of Colin). Clearly I knew what we were going to be hearing would be right up my street, having been brought up on the synth sounds of Gary Numan and followed them right through to the likes of East India Youth and beyond. There was also video’s projected on the wall behind the duo for that all immersive (or should that read ‘Immersion’) experience.

Their set ranged from glorious soundscapes right through to pumping numbers that could have easily fit in on an Orbital set. It had the vibe of one of those early Kraftwerk (or even Neu!) videos where the band were learning their ‘kraft’ and were performing to students sitting all around them – far out maaan! The only pauses were in fact in between artist sets and not the songs. Everyone was being carried away on their magic cushions by the sounds floating through the air and the accompanying often aerial backdrop films assisted with this illusion. This was a fab set and was met by a huge applause at the end. 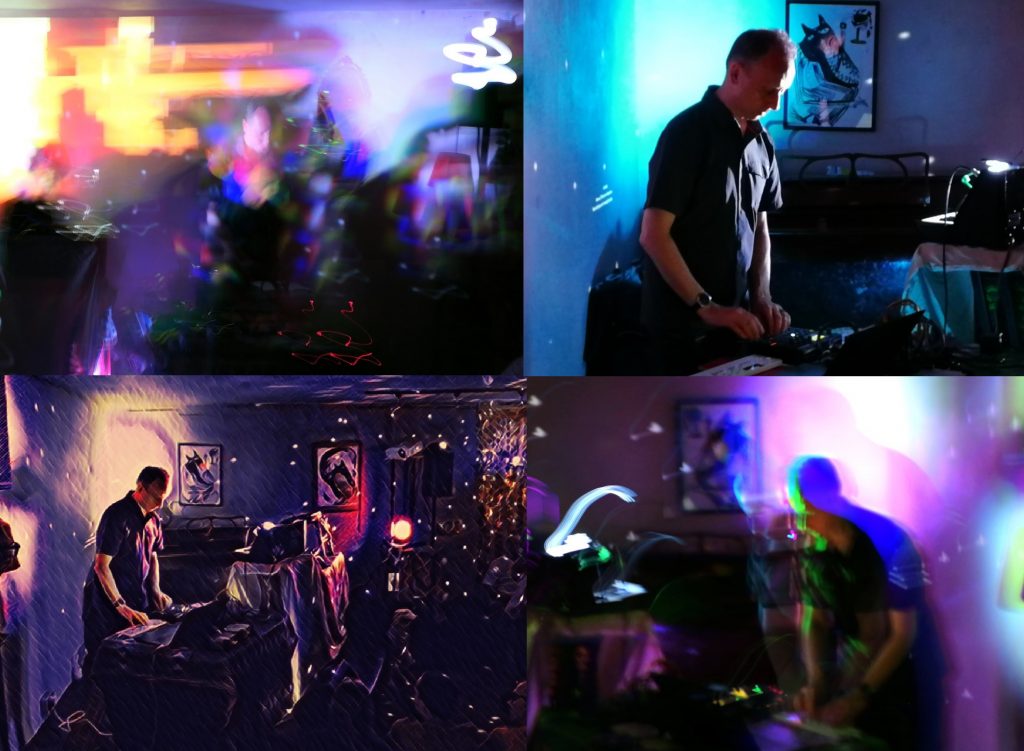 After a short break it was time for Scanner to grace the stage. This is the alias of British artist and composer Robin Rimbaud. His work traverses the experimental terrain between sound and space connecting a bewilderingly diverse array of genres. Since 1991 he has been intensely active in sonic art, producing concerts, installations and recordings, the albums ‘Mass Observation’ (1994), ‘Delivery’ (1997), and ‘The Garden Is Full Of Metal’ (1998) hailed by critics as innovative and inspirational works of contemporary electronic music.

Before tonight’s performance, I acquainted myself with some of the contents of Scanner’s Bandcamp page, in particular ‘The Great Crater’ and another album called ‘Fibolae’ both of which had been released this July. I played them both in full and was most pleasantly surprised, as they reminded me of a combination of soundscapes by John Foxx’s ‘Cathedral Oceans’ albums plus Hans Zimmer’s music from ‘Interstellar’, mixed with the ‘Blade Runner’ music by Vangelis as well as the music from ‘The Silk Road’ by Kitaro.

Tonight, Robin’s set was referred to by my colleague as “progressive electronica” and I for one wouldn’t disagree with him. There was no need for microphones tonight as all of the sets were instrumentals, although one did miraculously appear at the very end of the night! The Scanner music sits within the knob twiddling brigade and was arguably more akin to a DJ set with wires. Lots of wires! The punters lapped it up and again another full on applause was offered at the end of the set.

Almost immediately Robin was joined on stage by Colin and Malka and the three of them worked away in harmony and dare I suggest, with the lead being taken a majority of the time by Colin. We even had an encore of key swishing and knob twiddling which was an uplifting way to finish off the evening. Yes ‘Nanocluster 5’ had certainly delivered as an overall event. Let’s hope that number 6 is on the horizon! And I’m not talking about The Prisoner either! 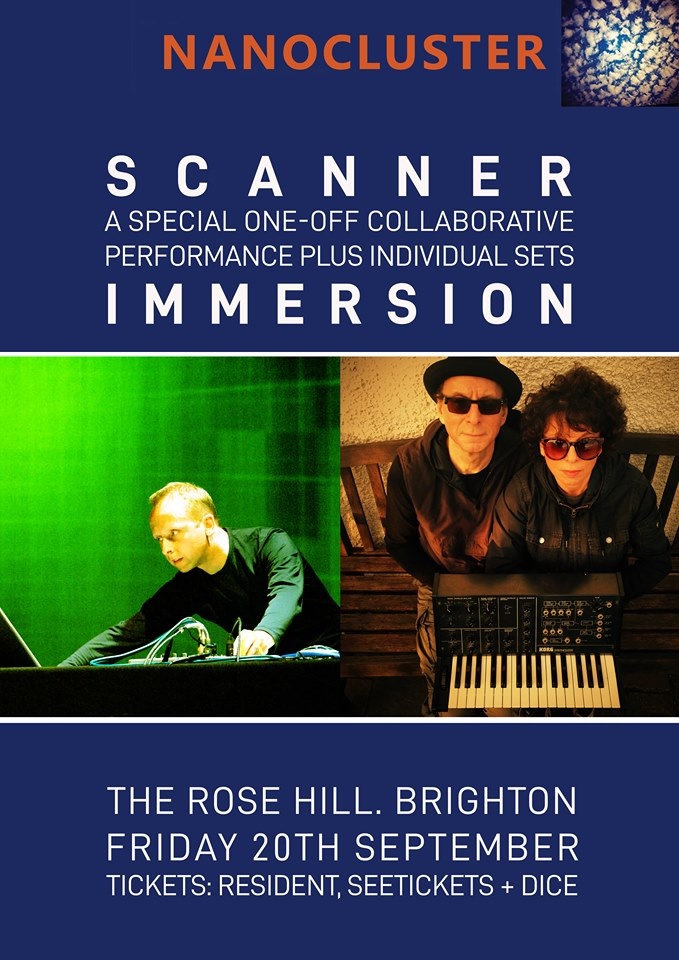