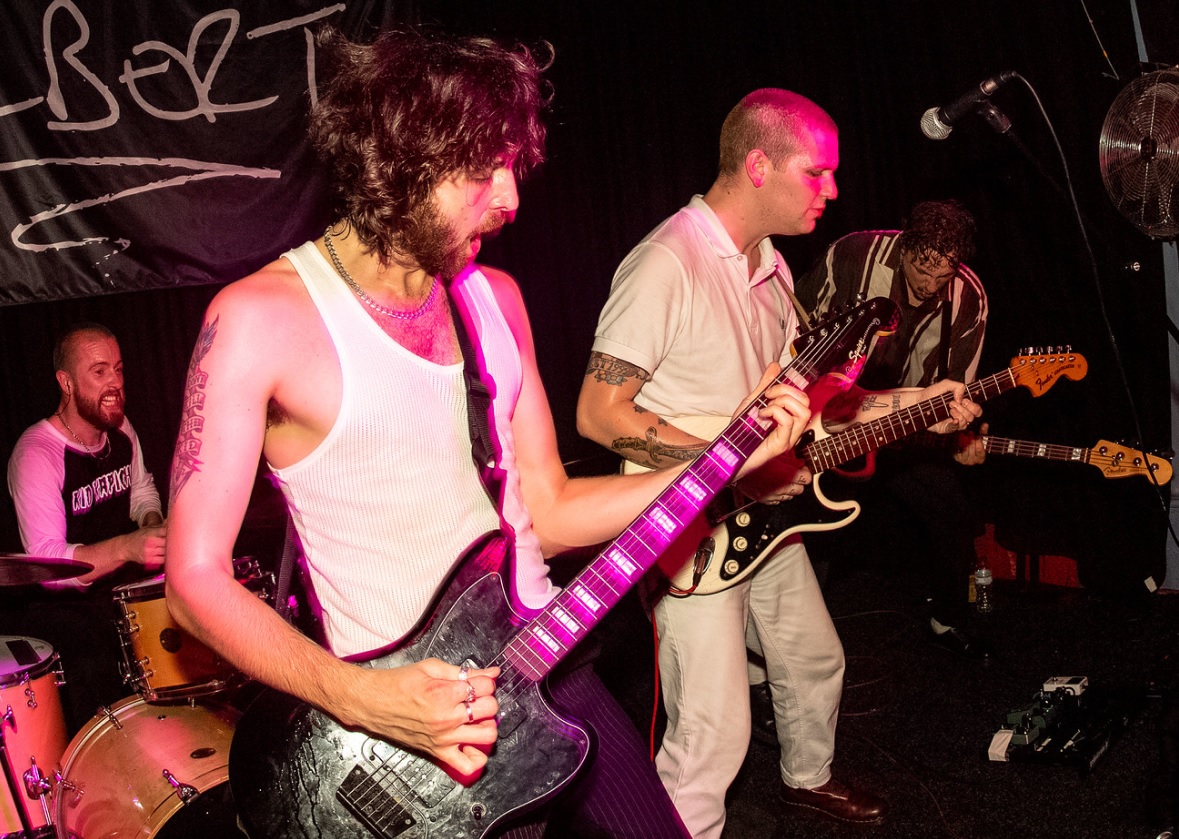 With a truly Herculean tour schedule ahead of them – including the support slot with Frank Carter and the Rattlesnakes as they thunder across Europe – Kid Kapichi look set to make 2020 THEIR year.

Jack, Ben, George, and Eddie are four friends from Hastings who have lit the blue touch paper on a career that is about to explode by penning a slew of songs that are instant earworms and that translate perfectly into frenetic live sets.

With tonnes of heavy circulation and national radio airplay already under their skinny-jean belts and a gargantuan Reading and Leeds festival performance on their CV, it’s a pretty safe bet that their agent’s e-mail inbox will already be crowded with offers of festival bookings for next year. If you feel like backing a winner, here’s where to put your money.

Tonight at Brighton’s sold-out Prince Albert (all lovely and newly swanked up since we were last there) Kid Kapichi are supported by two bands who are both close friends of theirs, Dagobah Sisters and Blue Stragglers. 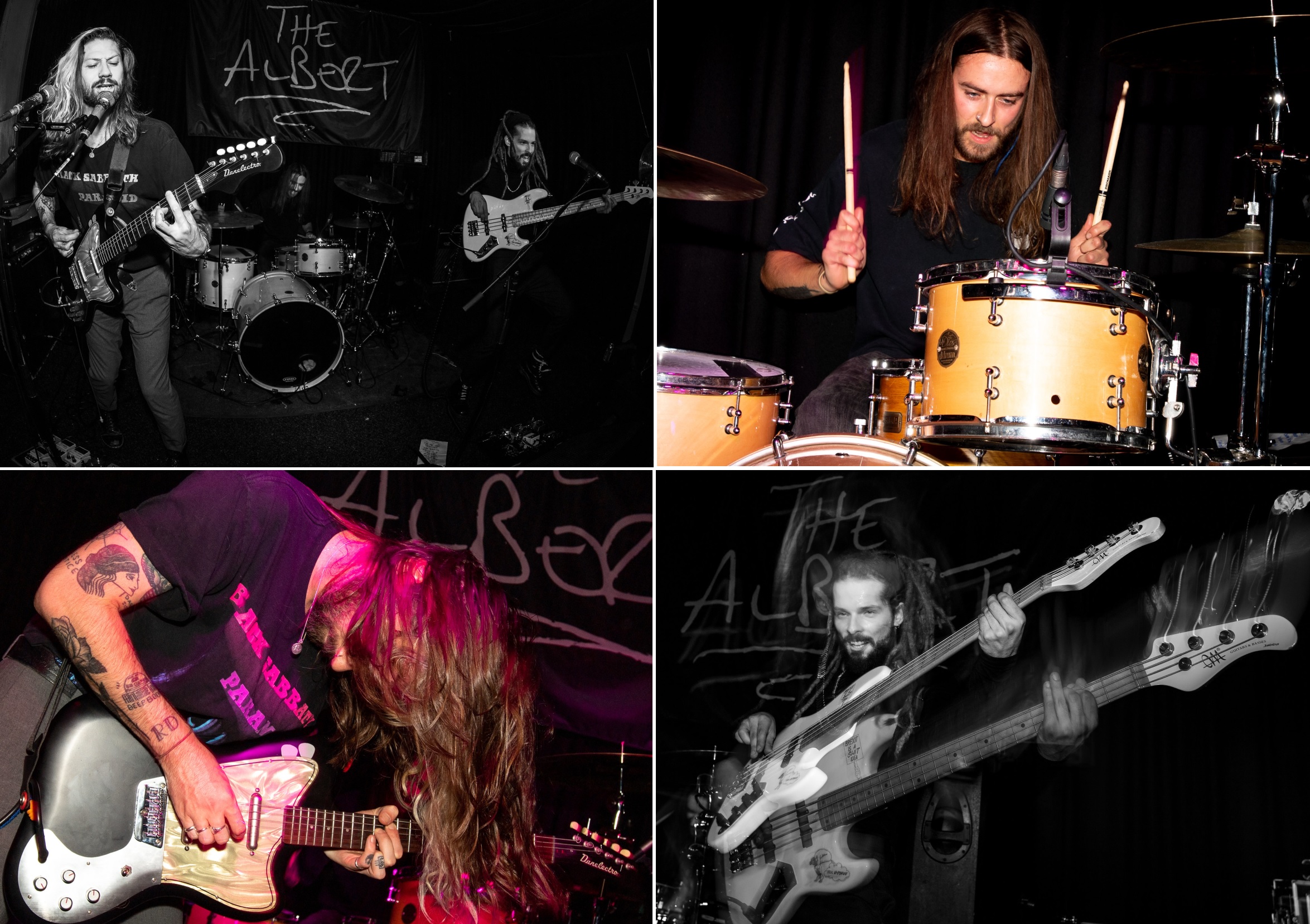 First up and Dagobah Sisters hit the freshly carpeted stage with a drum barrage accompanied by blistering power riffs and tonnes of hair.

It wasn’t that long ago that Eddie Kapichi was sitting on the Dagobah drum stool, so the connection between the bands is a strong one.

Stronger still however was the power of their performance, which seemed to channel the force of the swampy Star Wars universe planet from whence they take their name.

You won’t find much about or by the band online – and whether this is by accident or design, all we know is that they are worth seeking out if you fancy a live show packed with energy.

For a small taste of what’s in store here’s their sparsely populated Soundcloud page: soundcloud.com/dagobahsisters 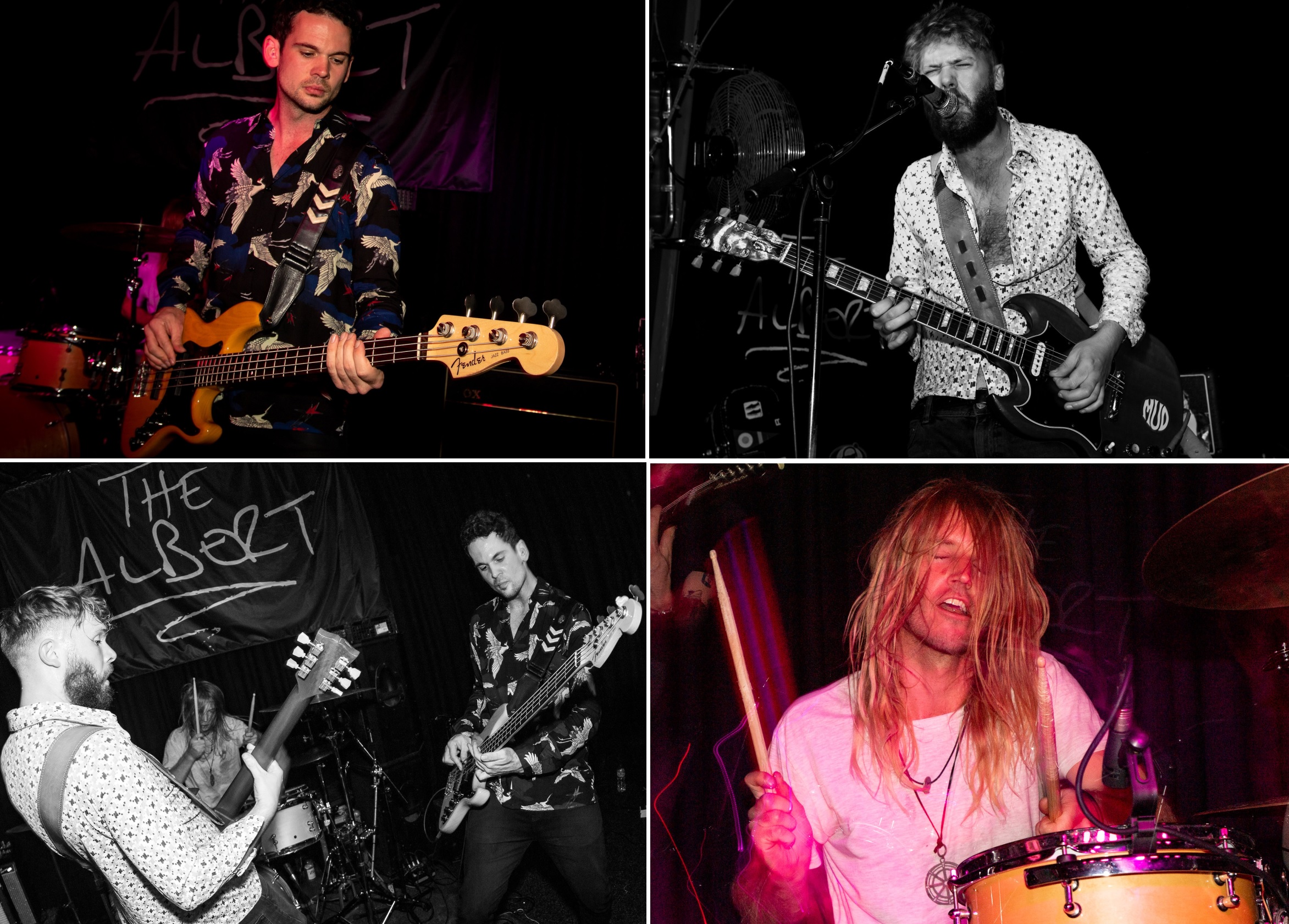 Blue Stragglers take the middle-billing – and following the theme of bands linked to stuff in outer space, they take their name from a main sequence star in an open or globular cluster that is more luminous and bluer than stars at the main sequence turnoff point for the cluster (thank you Wikipedia).

The Sussex-based three-piece (Lee, Alister, and Andrew) are undoubtedly and squarely in the ‘heavy rock’ section of anyone’s record collection and are exemplary proponents of bass that sounds like overhead thunder but that retain enough texture to deliver hooks a-plenty.

You’ll find them over on Spotify HERE. 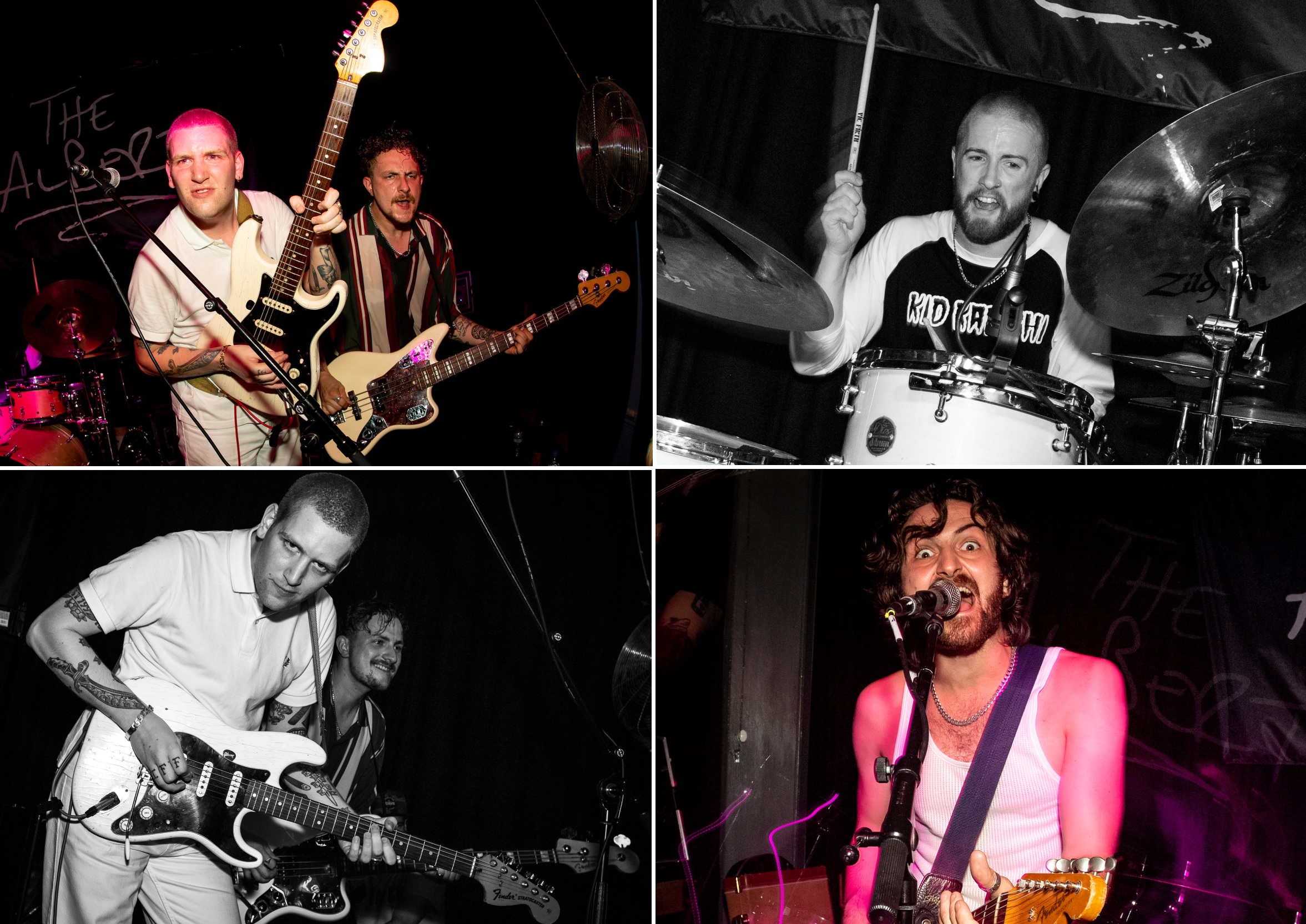 And then it was Kid Kapichi.

For a relatively new band (although don’t get us wrong, they have paid their dues over a good few years of grass-roots gigging) the Kid Kapichi set-list is already burgeoning with instant-win tunes that draw you in immediately and hang around in your head…at least until the next one pushes the last one out.

Here’s a fine example – ‘Glitterati’ – which was named as ‘hottest record in the world’ when it aired on ‘Radio 1’s Future Sounds’ show earlier this year.

It’s getting increasingly hard to get tickets for the band’s shows as pretty much every date they headline now sells out well in advance. And demand is high enough that extra dates are now being added for second night’s in the same venues.

For anyone new to the band set your expectations to be ready for crashing alternative rock anthems that poke a cheeky tongue at modern-day angst’s and cheerfully invoke the desire to launch your sweaty self across the top of a baying mosh-pit.

Tonight is no exception, and as the new single ‘Sardines’, gets an outing, the gig instantly goes double-decker with bodies balanced on hands, as crowd surfing becomes the order of the day.

A glance around the room at any given point just sees smiles a mile wide beaming from every corner of the room as Kid Kapichi put the ‘excellent’ into ‘feel-good’.

We said at the start that 2020 should be their big year – but we have a feeling it will only be the start of a longer journey that is going to take them a million miles from their hometown of Hastings and into every corner of the musical world. 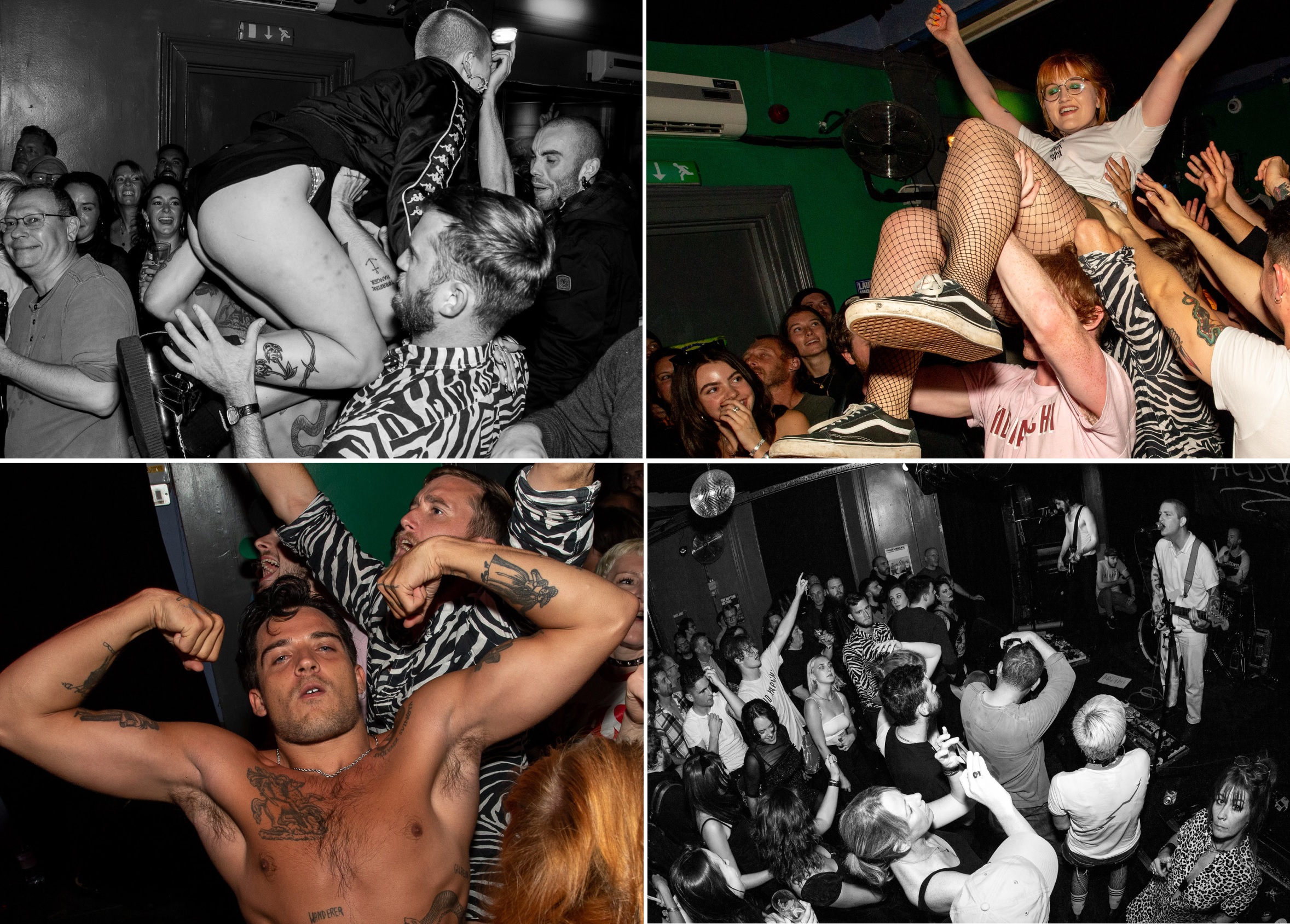 The faithful are gathered to have fun at the Prince Albert, Brighton 02.10.19 (pics Sara-Louise Bowrey Photography and John Bownas) (click on pics to enlarge!) 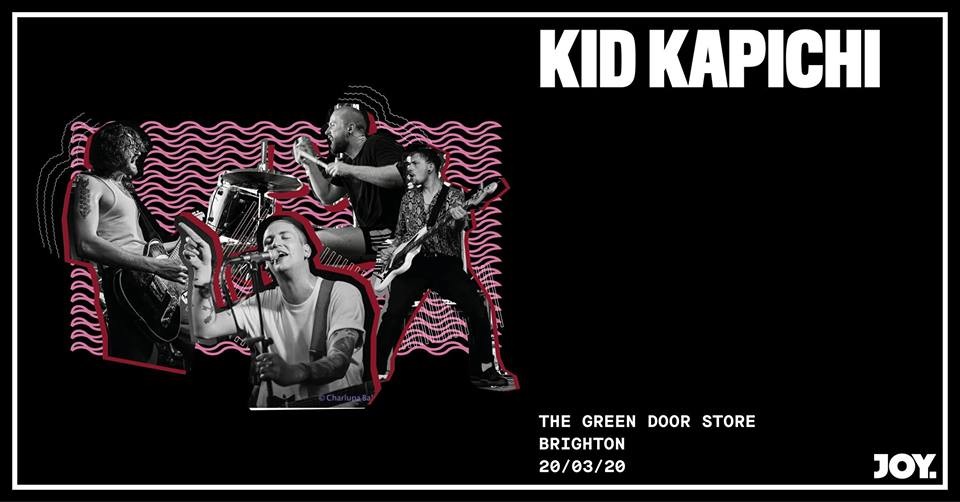