High house prices are driving young professionals out of the area and damaging the local economy, a senior official warned today (Tuesday 15 October).

The result was a shortage of staff at the start of their careers in a labour market where Brexit was just one of the current uncertainties.

And the gap between earnings and house prices was getting worse, according to Jonathan Sharrock, chief executive of the Coast to Capital Local Enterprise Partnership (LEP).

Mr Sharrock said: “We have a missing population of 20 to 40-year-olds and a higher proportion of residents 50-plus compared to the national average.”

He also said that, compared to England as a whole, there were fewer children in the LEP area, which covers Brighton and Hove, the Lewes district, West Sussex and part of Surrey.

He was outlining the challenges and opportunities as he spoke about a local industrial strategy for the region at a meeting of the Greater Brighton Economic Board in Shoreham.

The board is made up of senior politicians and council officials, business leaders and education bosses.

She said: “This lost generation, who are also our innovators of the future, are leaving because they cannot afford to live around here.

“As politicians we need to look into additional powers which might allow us to have more affordable housing in the rented sector and the owner occupied sector to enable people to live and work across the south east.”

Mr Sharrock said that broadband connectivity was good in urban areas but across the region office quality was poor, productivity could be better and not enough was being spent on research and development.

There were some excellent businesses and signs of promise – in Brighton’s creative and digital sector for example – but more jobs and business start ups were needed to compete with other parts of the country. 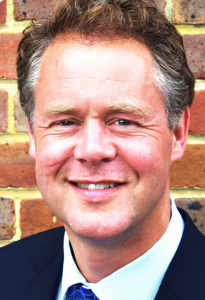 Mr Sharrock said: “We have a very clear missing population in our region of people in their twenties and thirties.

“And commensurately the number of children of school age that we might expect to see in this area are not here.

“That is the trend that has grown in line with the house prices and affordability challenge which has been well established in the housing market.

“Housing affordability in our area – median house prices to median income – has got worse everywhere in the area, more than the England average and the London average.”

Analyses of vacancies from high skill to low skill found a large number of jobs available in the managerial, professional and assistant professional categories – the latter made up of people at the start of their careers.

Mr Sharrock said that businesses struggled to fill assistant professional vacancies because of the lack of working age people in the region.

He added: “Affordability is a real challenge and the population is responding to that, impacting on economic growth.”

Brighton and Hove had a high proportion of urban renters, the economic board was told.

But on many measures, the area was not doing as well as comparable places such as the Thames Valley, Cambridge, Milton Keynes, Bristol and the M3 corridor.

The Coast to Capital local industrial strategy is due to be published by next March.