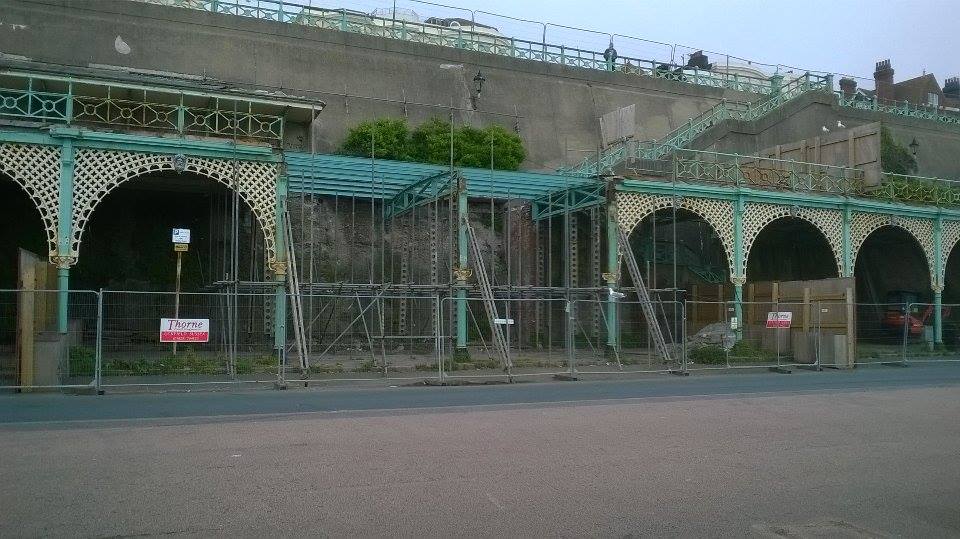 The Madeira Terraces restoration will not be able to take advantage of low interest government loans any more. Picture by Ken Frost

The cost of future major council projects will rise following a decision by the government to hike the cost of new loans.

The Public Works Loan Board (PWLB) has been a valuable source of funding for a variety of projects up and down the country.

In Brighton, the council borrowed £36million which it then lent to the i360 at a slightly higher rate.

The cost of that loan is unaffected by the rise, but future projects – which could include new social housing or the restoration of the Madeira Terraces – will not be able to benefit from the lower rates.

A council spokesperson said: “As a result of the government’s announcement to increase rates, the higher cost of borrowing will inevitably increase costs of investment in the city.

“However, the council had taken advantage of recent low rates and in the last seven months has borrowed £36m at historically low fixed rates.

“This borrowing was part of planned treasury management actions including providing funding for existing investment plans in building new homes.

“The interest rates through the PWLB during 2019 have been much lower than the market predicted. The viability of capital investment projects such as the housing joint venture or Madeira Terraces are not therefore affected as they had been modelled on higher rates.

The rate hike to 2.8% instead from 1.8% was announced last Wednesday, at the same time the overall amount available to councils rose from £85billion to £95billion.

The Treasury’s Local Government and Reform team said the decision to increase the interest rate was taken because “some local authorities have substantially increased their use of the PWLB in recent months, as the cost of borrowing has fallen to record lows”.

In December, the Bureau of Investigative Journalism published research showing the number of local authorities investing in commercial property in the hope of replacing reduced government funding with increased rental income had doubled in the last two years.

Today, the council’s policy and resources urgency committee is being asked to approve a new investment property decision, as part of its ongoing asset portfolio rebalancing.

In 2014, a new strategy was drawn up to manage the council’s property and land, more than 630 commercial properties which currently bring in an annual income of more than £10million.

From April 2014 to September last year, the council raised £31.8million from selling off property – mainly from the sale of former council offices King’s House on Hove seafront.

In January this year, the council bought offices in Phoenix House in West Street for £6.8million.

The property investment being discussed at today’s meeting is marked as confidential, and it’s expected public and the press will be excluded from the meeting.