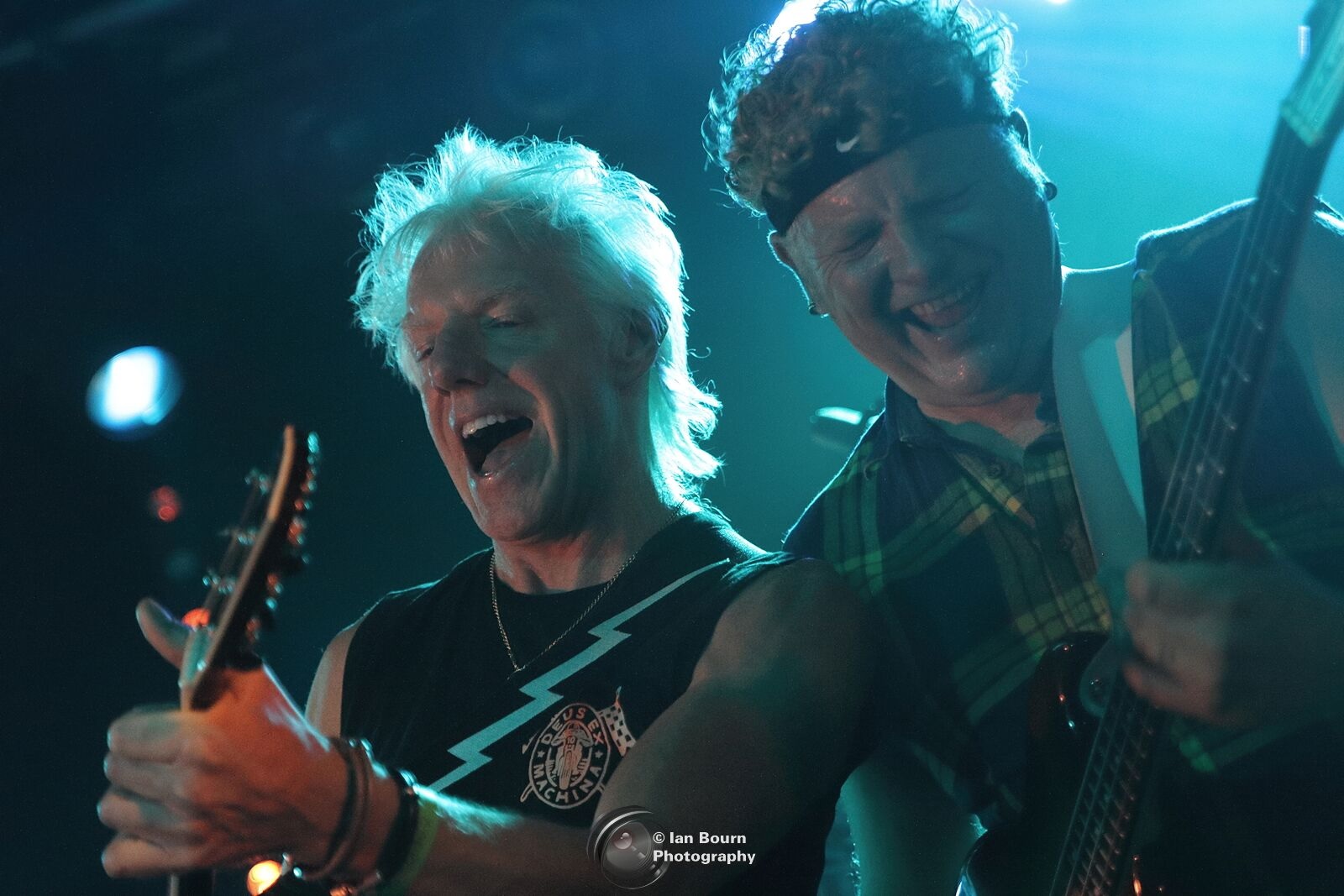 It was another wet and blustery night (is there any other at the moment?) that greeted 80’s chart legends Big Country as they prepared to play the Concorde 2 on Friday evening. They were fresh from a recent tour of Australia and New Zealand to celebrate the 35th anniversary of their second hit album, ‘Steeltown’.

This album wasn’t as ‘hit heavy’ as their previous album ‘The Crossing’, but has become a favourite amongst fans and went straight to number one in the UK charts. A political album recorded smack bang in the middle of the Miners strike and concerns the Scottish people that settled in Corby in the Great depression to pursue a career in the steel industry. It covers the worker’s struggle in the 80’s when the bottom fell out of the steel industry. Incidentally, it was recorded at Abba’s Polar Studios in Sweden trivia fans.

If you were around in the 1980’s Big Country need little introduction, but here’s a quick potted history. They were formed by former guitarist of The Skids (Stuart Adamson) in 1981 in Dunfermline in Scotland. Their debut album (‘The Crossing’) spawned many hit singles including ‘In A Big Country’ and ‘Fields Of Fire’, which saw them make many appearances on Top Of The Pops amongst many other TV shows. They enjoyed a successful career for many years afterwards, but sadly Stuart Adamson passed away in 2001. The band have been fulfilling the legacy ever since. Their style of music is best described as Scottish folk rock with a marching beat. My wife Mel, described them last night as ‘running’ music? I could certainly ride a horse to their galloping rhythms. How long will it be before I mention their guitars sound like bagpipes? That will never happen… 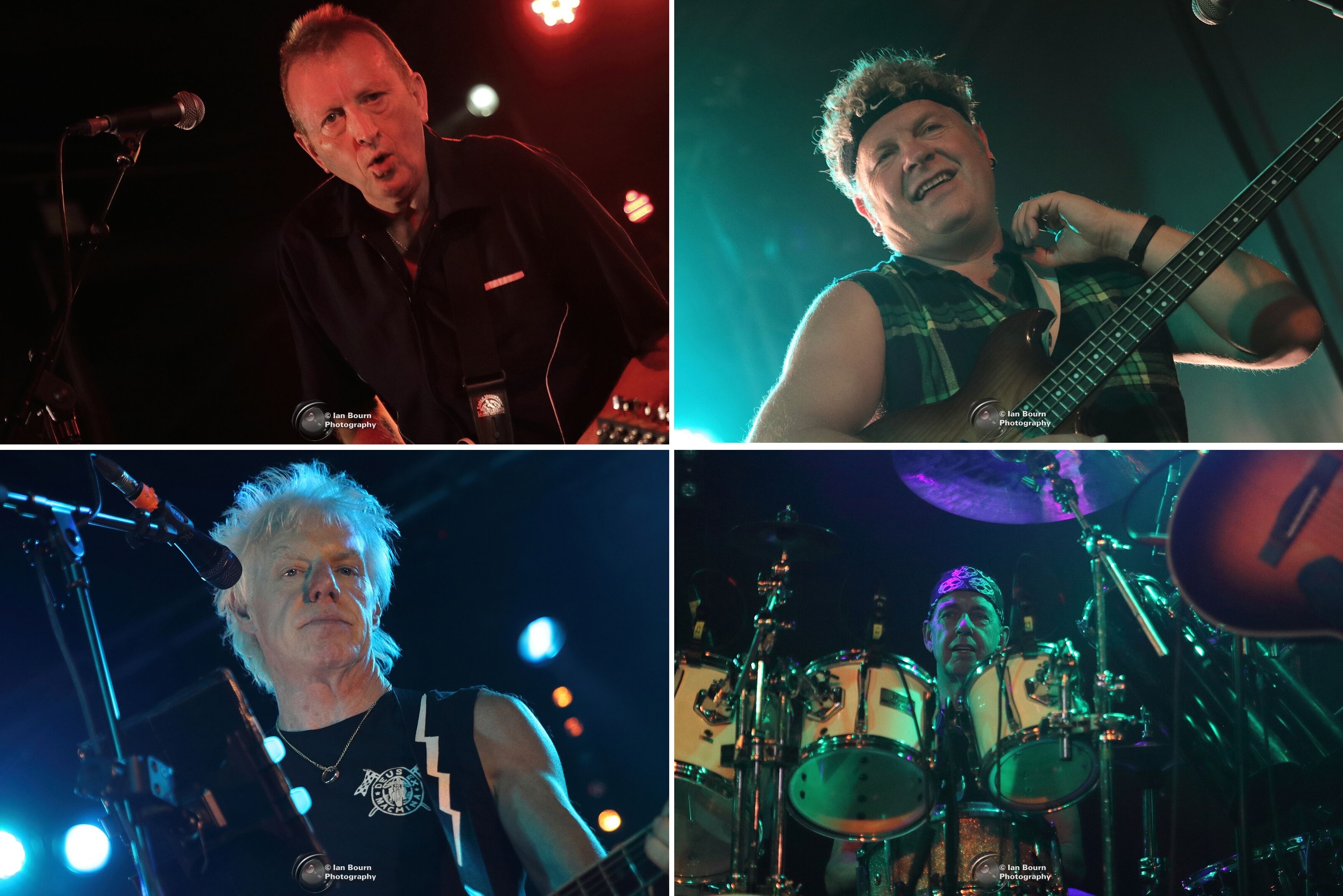 No support band tonight and on arrival the venue seemed quite quiet, but as showtime rapidly approached, hordes of fans filled the room.There were a few checked shirts in attendance which was standard Big Country uniform back in the day. Heck, the bassist was even wearing a ‘cut-off’ version complete with bandana! He had a certain resemblance to Rab C Nesbitt which didn’t go unnoticed with the crowd. One guy in front of us, when singled out by Bruce Watson, said he’d owned his shirt for over 40 years! That makes it older than two of the guitarists on stage.

I thought they were going to play the ‘Steeltown’ album tracks back to back in its entirety but that wasn’t the case. They interspersed the album tracks with other hits like ‘Look Away’ and ‘In A Big Country’ and I think that worked really well. The latter song’s melody will be firmly locked in my head for at least a week, I’m sure. It put a smile on our faces to see the crowd losing themselves in the songs and they definitely seem to have a loyal fan-base. I also enjoyed the rapport between father and son onstage (Bruce and Jamie). The songs are quite rabble rousing too and I can imagine those songs played on a much bigger stage.

Bruce Watson seemed to be the main spokesman for the band and he certainly got the banter going. He offered to swap a Big Country T-shirt with an audience member for his ‘Stiff Little Fingers’ shirt, but I’m not sure the transaction took place in the end. Bruce also noticed a man wearing a Dennis The Menace style jumper in the crowd and made a quip about whether he was in fact Beryl The Peril or Dennis The Menace? After all, we’re in Brighton and we may not know who we are?…Or words to that effect. Brighton still seems to be a bit of an enigma to some people it seems. A bit strange I thought and a bit too 70’s dad banter for my ears.

And, on with the show! The band were very slick and I must say, Simon Hough’s voice is a dead ringer for Stuart Adamson’s vocal in the past. They ended their set with ‘Fields Of Fire (400 Miles)’ and ‘Restless Natives’ but no encore. But, with an hour and a half’s set just performed, we cannot grumble. The drummer grabbed the mike at the end and dedicated the gig to Stuart Adamson, which was a nice touch. Overall, an enjoyable set played to room of enthusiastic fans. Did I mention their guitars sounding like…….(Runs away). 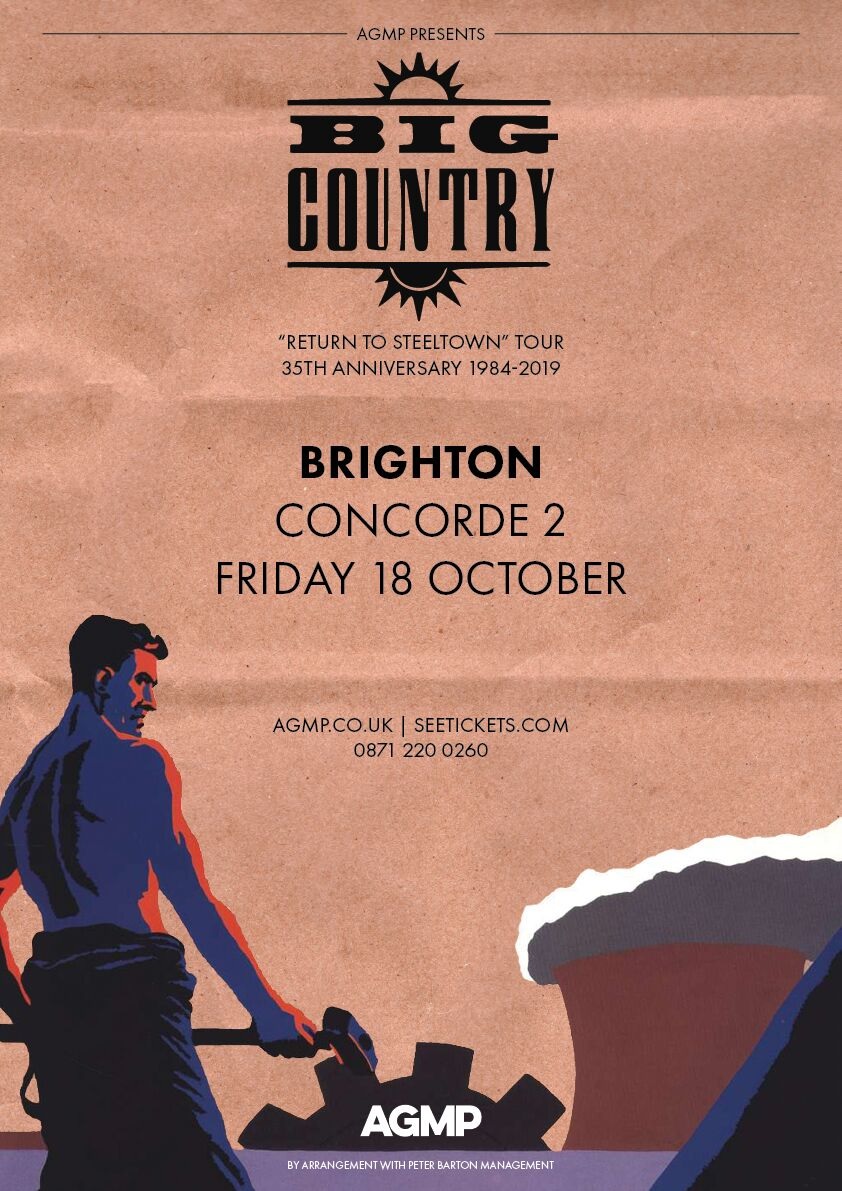