Police are trying to trace two people suspected of hitting others during protests by vegans at two Brighton restaurants. 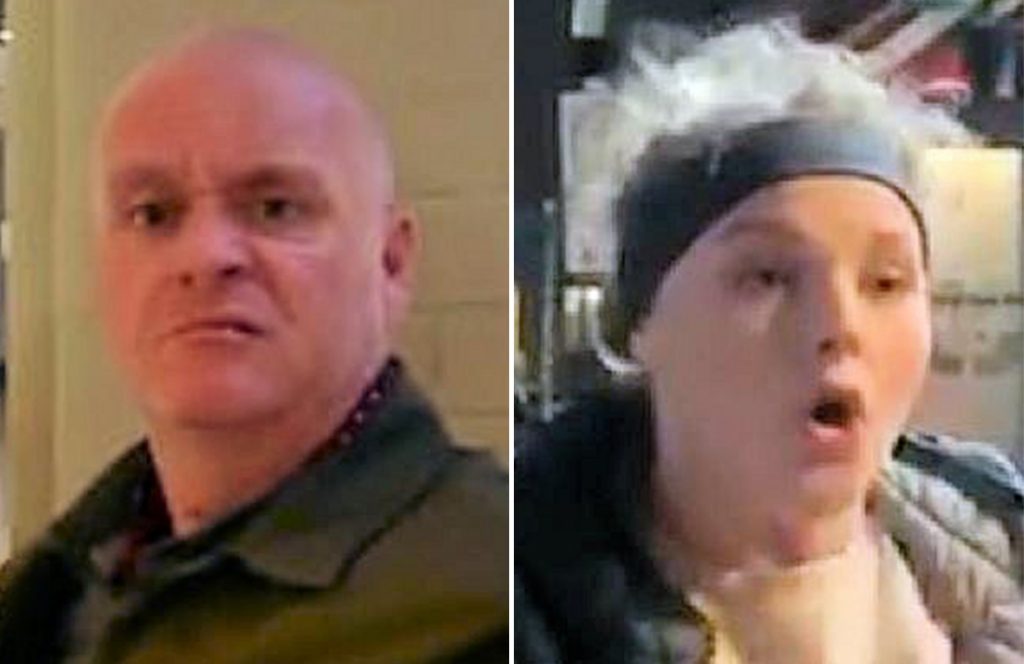 Sussex Police said today (Tuesday 29 October): “Police would like to trace two people in connection with two assaults which happened during vegan protests at two restaurants in Brighton.

“Protesters went into the Opposition Café, in Market Street, on Sunday 29 September at about 7.15pm and, during an altercation with staff and customers, a member of staff reported that he was punched in the face by a woman.

“Officers are also investigating a report that the woman suspect was also punched herself by another man at an earlier protest at Pizza Express restaurant in Royal Albert Street at about 6.15pm.

“We have released these two CCTV images of a man and a woman we would like to identify in connection with the assaults.

“If you recognise either of them or can help with our investigation please contact us.

“The woman has white/blonde curly hair and was wearing a dark headband and a dark coloured coat.

“The man is bald and was wearing a dark green/brown coloured shirt.

“If you have any information which could assist the investigation please report online or ring 101 quoting serial 1187 of 29/09.”