Neighbours have the support of their area’s councillors in opposing plans for a shared house.

St Peter’s and North Laine councillors Pete West and Lizzie Deane sent a joint letter against plans to turn a four-bedroom house into a five-bedroom shared house or HMO (house in multiple occupation) in Crescent Road.

The plans are recommended for approval when they go before Brighton and Hove City Council’s Planning Committee next week.

In their 25 letters of objection, neighbours raised concerns about the number of shared houses in the Roundhill area, as well as noise from the roof terrace and the loss of a family home.

Crescent Road is in an area where limits are placed on new HMOs.

No more than 10 per cent of homes within a 50-metre radius of any proposed HMO should already be a shared house.

Calculations by the council show that there are 84 properties within 50 metres and seven of these are shared houses, under the limit.

One anonymous neighbour’s objection said: “The property is in a conservation area and adding more residents and a roof terrace would detract from the character of the area, which is one of single dwelling houses. The conversion to HMO does nothing to enhance the conservation area.

“Many family homes in Brighton have been lost to similar HMO conversion, and this would reduce the supply of much-needed family homes.”

Another objection said: “Crescent Road is already oversubscribed with HMOs.

“The proposed roof terrace is inappropriate and not in keeping with the conservation area. It also constitutes a noise nuisance to the neighbours and surrounding area.”

Councillor West wrote: “The HMO density in Crescent Road is already approaching saturation and this HMO cannot therefore be permitted.

“I note it has been pointed out that not all existing HMOs in Crescent Road have been recognised on the map. 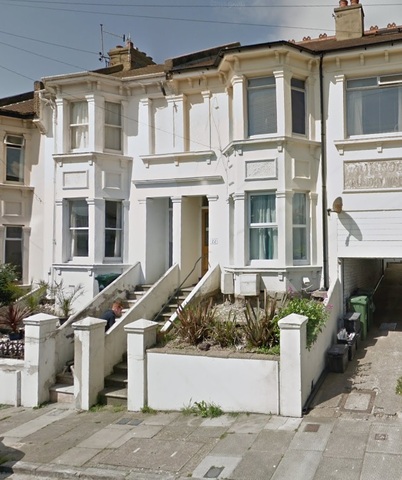 “Questions have also been raised over the adequacy of provision for refuse storage and impact on parking and traffic in the area.

“I believe this proposal will adversely affect the Conservation Area, have a detrimental effect on property value, impact residential amenity by increasing noise (and) represent overdevelopment.”

The Roundhill Society also objected, saying: “Numbers 26 (and) 28a Crescent Road already are operating as HMOs.

“If 22 Crescent Road is allowed, then the family living in 24 Crescent Road will be ‘sandwiched’ within a row of HMOs with all the noise and negative impact on family life (that) a large student occupied house would have.

“This would be entirely inappropriate. The density of HMOs in this area is already excessive.”