The Woodentops cut the strings and play ‘Well Well Well’ 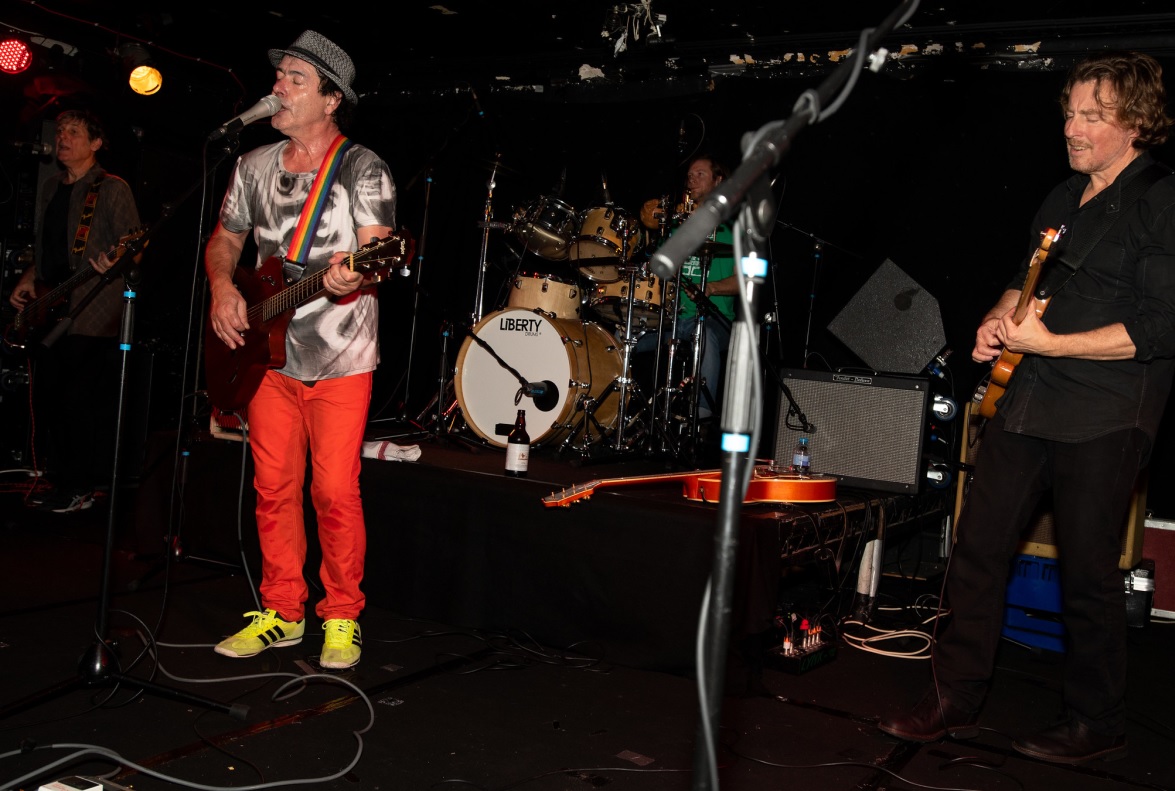 I’d like to imagine The Woodentops all live together in a little house in the country with the very biggest spotty dog you ever did see, but I’m probably getting my long term memories muddled up there. I never watched The Woodentops band with my mother, but I remember them as popular on the indie scene of the mid 1980’s, releasing a string of singles on Rough Trade, and a well received debut album, ‘Giant’ in 1986.

Based around the songwriting of singer and guitarist Rolo McGinty, the South London five piece band supplemented the indie staples of jangling electric and strumming acoustic guitars with a varied palette of keyboard, string and horn sounds, which became more experimental and electronic as the decade went on. Their 1987 single ‘Why’ was popular on the Ibiza club scene, and their new direction was embraced by a wider audience during the ‘Second Summer Of Love’ of 1988 and the subsequent indie dance boom.

There have been some changes of personnel over the years, but the band has continued to tour and record, their most recent album being ‘Granular Tales’ in 2014. The current ‘Well Well Well’ tour brings them to Lewes Con Club courtesy of local promoters The Big Blue Shed, and I’m rather looking forward to hearing them play live again. 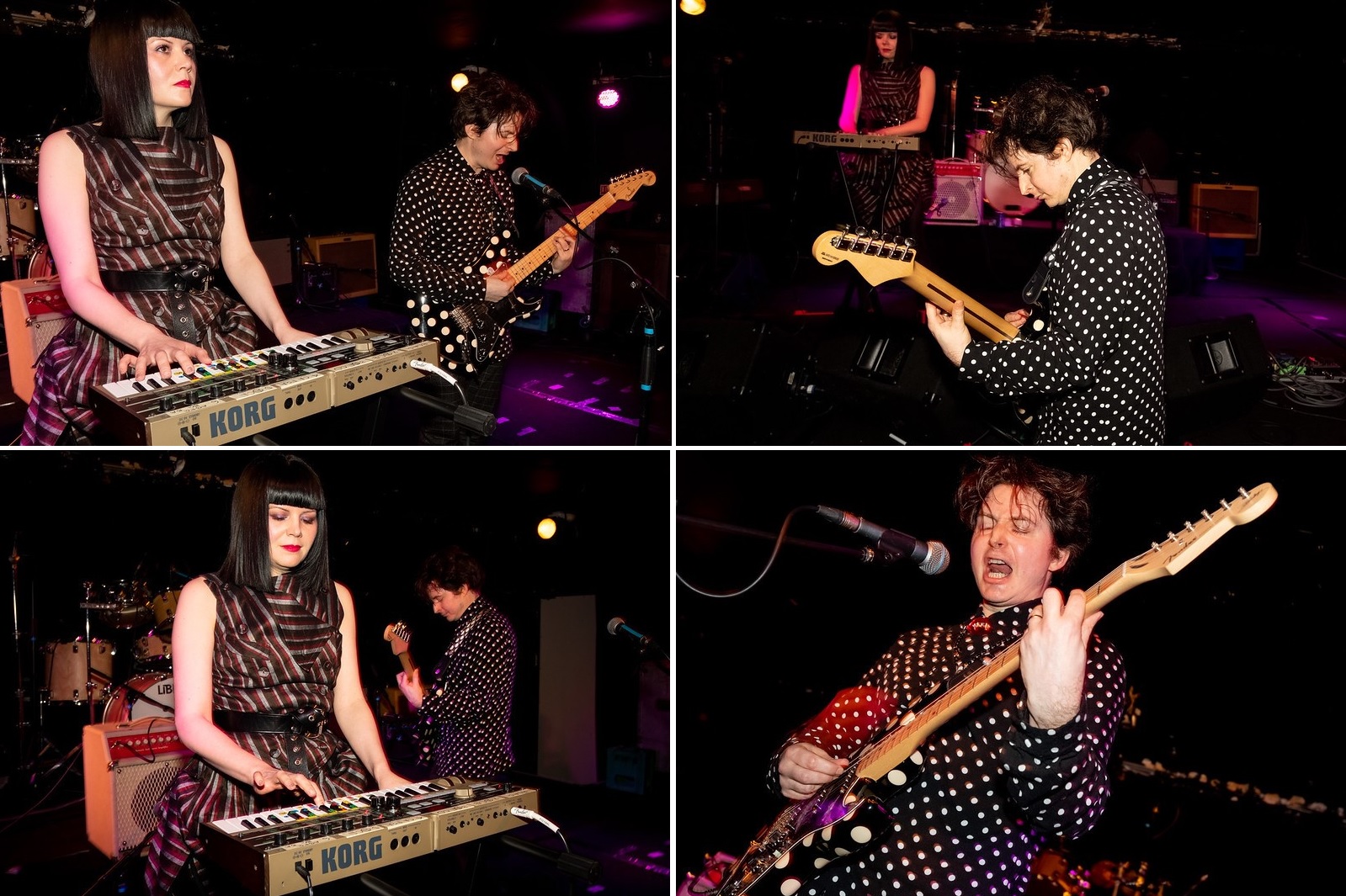 Support tonight are West Wickhams, a two piece who describe themselves as ‘psychédélique garage noir’. The psychedelic part is their op art visuals, whilst the musical emphasis is on the garage and noir elements, with thrashy guitar and shouty vocals backed by dark and atmospheric synth lines. The duo are originally from Tresco on the Scilly Isles, and now based in Surrey. Jon Othello is on vocals. Visually, spots are his thing. He wears a black shirt with white polka dots, and wields a co-ordinating Stratocaster guitar. Elle Flores has the crucial task of starting the drum machine, and fills out the sound with big swelling chords from a tiny Korg synth. She stands impassively, looking super cool in her Cleopatra haircut and a striped dress gathered at the hips in a New Romantic style.

They’ve got some good songs, although I find the vocal and guitar delivery rather harsh. ‘Death Of Madonna’ is interesting and vibey. Elle vogues and Jon jumps off stage to try and whip up some reaction, but it’s early in the evening, and the crowd is still a bit thin on the ground. It’s also difficult to get too worked up over a drum machine. It may dispense with all the faff of a live drummer, but you also dispense with all the excitement and dynamics. ‘He’s Acquired A New Face’ is their current single, out on 7” white vinyl, and has a compelling hook. Closing number ‘Goathland’ is satisfyingly moody and atmospheric. This stylish looking duo have songs with a lot of potential, though personally I’d rather hear them played with a full band. 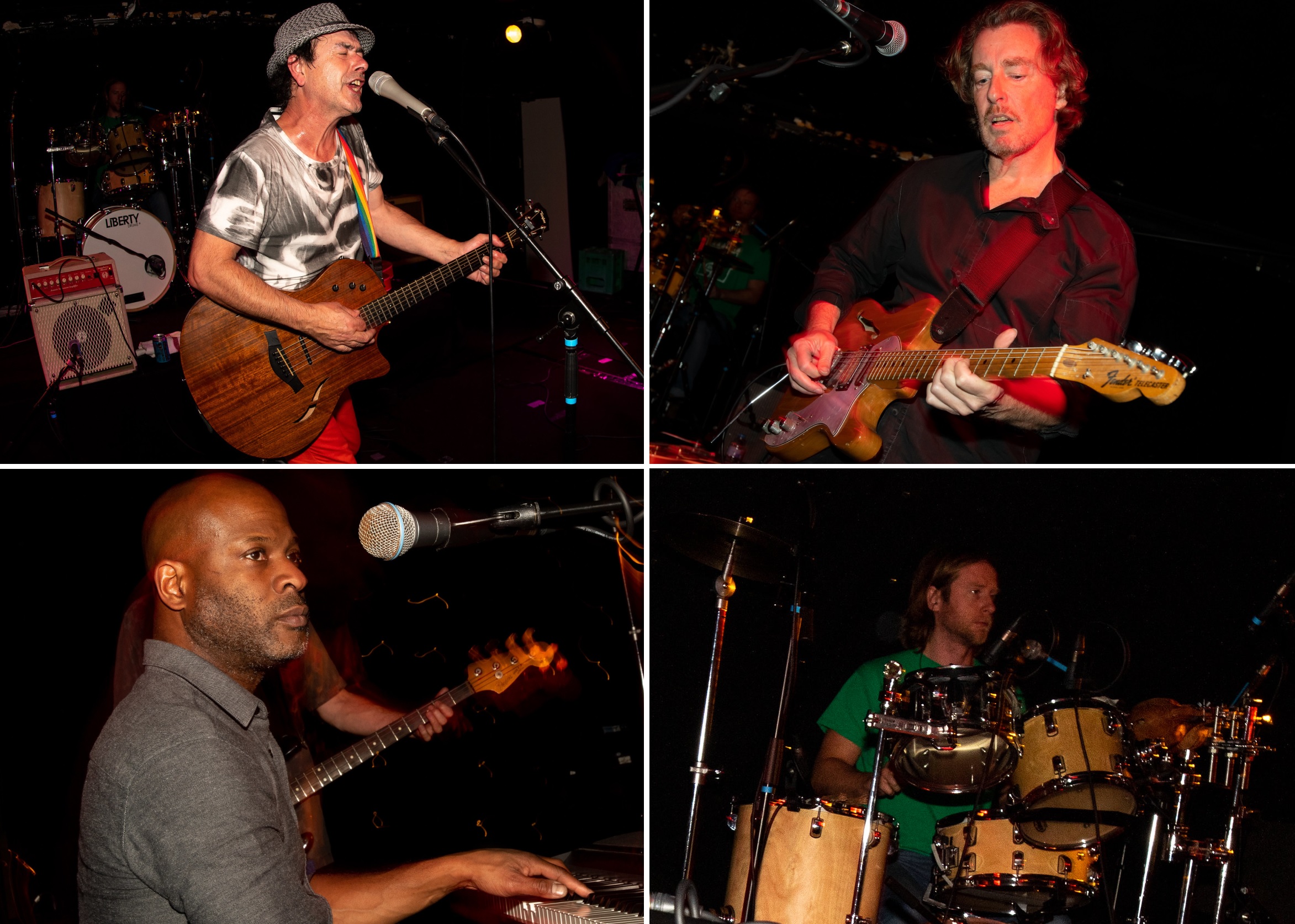 The room fills quickly as The Woodentops take the stage, though there’s a bit of space left for any last minute walk ups. Rolo is still tuning a fancy looking Taylor electro acoustic as the band begin the familiar jangly riff of opener ‘Good Thing’. He cuts a colourful figure centre stage in a blue jacket and red trousers, and sports a rakish straw Trilby hat. He is flanked by two original members: Simon Mawby, clad in black and playing a hollow body Telecaster, and Frank de Freitas, in an olive drab army shirt, throbbing away on a sunburst Jazz bass. Drummer Theo Buckingham is on a high riser, thumping a natural finish Liberty kit that has wood blocks and extra bits of percussion in amongst the rack toms. House left, Wayne Urquhart sits side on to the audience, playing a large Korg keyboard, supplemented by a MacBook. Behind him he also has an electric upright bass ready to go.

The pace picks up with the chugging rockabilly vibe of ‘Love Train’ and the urgent ‘Get It On’, and there’s a bit of dancing down the front. ‘Conversations’ has a more languid off beat rhythm with interesting stops and a lovely lead guitar line with super fast chiming 32nd notes. ‘Dream On’ is a new number and is rather lovely, featuring atmospheric keyboards with a sort of melodica sound and tasteful lead guitar breaks. It has a dreamy vibe that reminds me of ‘Uncertain Smile’ by The The, and there is an impressive percussion breakdown as Theo gets busy behind the kit.

‘Last Time’ is a bit of indie heartbreak with a “Cry, cry, cry” vocal figure. For ‘Everything Breaks’ there’s a funky guitar riff and some interesting bowed upright bass from Wayne. “Everything I touch breaks in my hand” is the mournful refrain. I can relate to that.

The set moves further into indie dance territory with ‘Delighted’. Rolo has the crowd joining in with the “Ooh yeah” backing vocal, which is fun. Simon’s lead guitar soars majestically over a Balearic beat with that Italian house piano that was all over everything in the late 1980’s. One chap at the front is clearly a veteran of that scene, and appears to be enjoying himself immensely in a one man rave. ‘Give It Time’ continues the sunny dance vibe, and this time it’s Rolo’s turn to impress with a rapidly strummed lead break. ‘Why Why Why’ keeps up the pace with a heavier beat and a rapped vocal.

Simon switches to a Gretsch semi acoustic for some tasty slide guitar work on ‘You Make Me Feel’, and there’s another excellent new number, ‘Liquid’, with a mesmeric beat and a rap style vocal. Theo gets fast and busy on the drum led ‘Well Well Well’, and we end the set with the excellent ‘Move Me’.

It’s Sunday night and the crowd has thinned a bit by the end, so there’s some vacillation amongst the band over whether to play an encore. As it happens they play three, ending with the superbly hypnotic rave vibe of ‘Stay Out Of The Light’. I had rather lost touch with The Woodentops over the years, but it has been excellent fun to relive those indie dance days again. Best of all, the new material seems very promising, and I’ll look forward to the next release 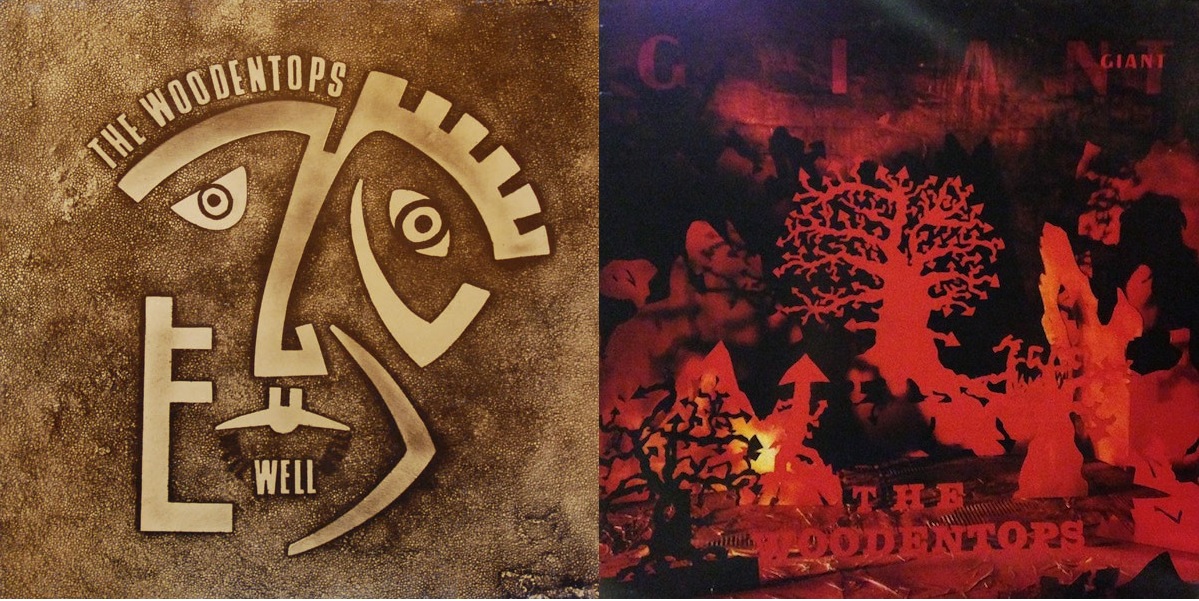