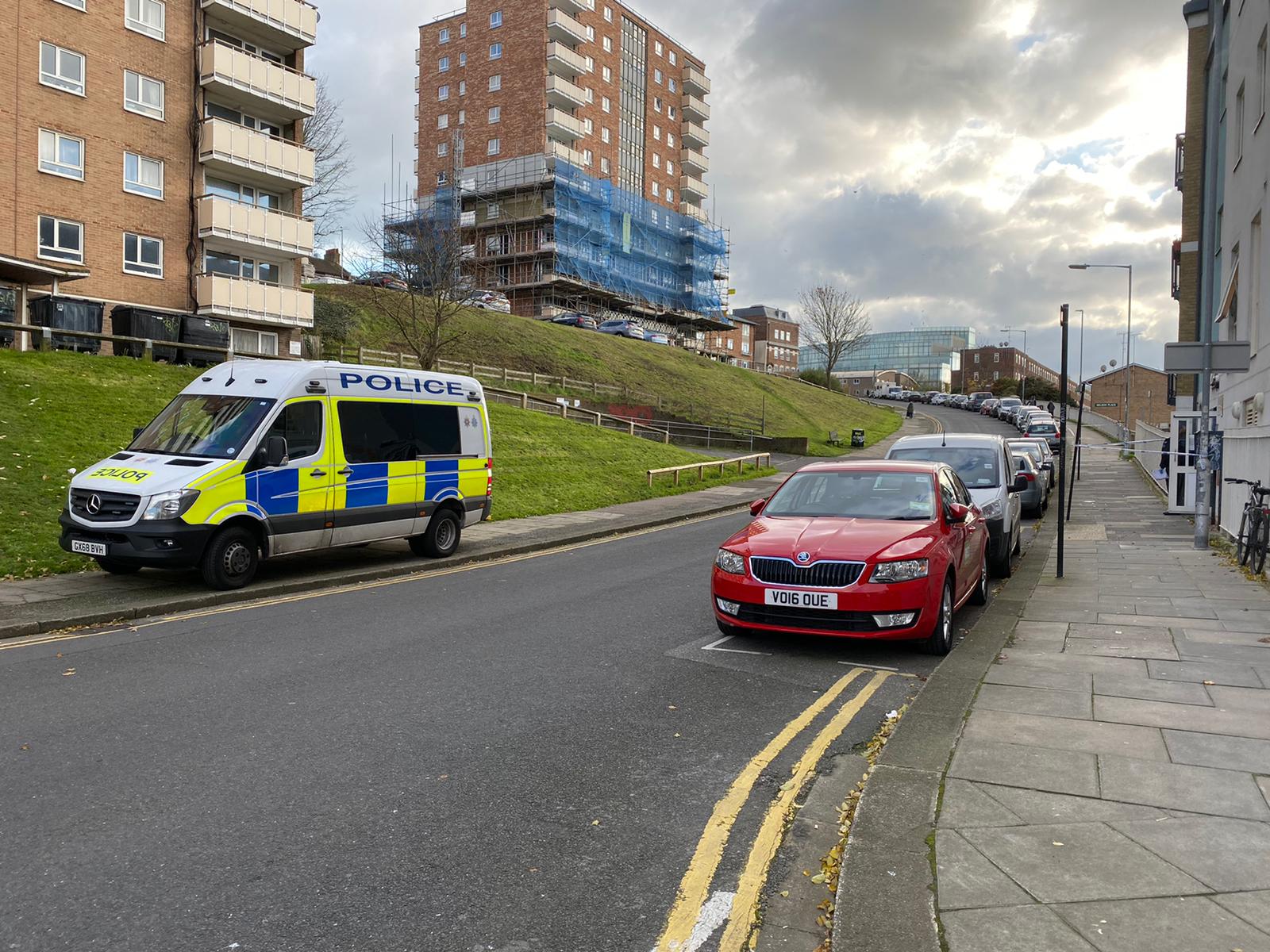 Police have sealed off part of a block of flats in Brighton this morning after a woman was found unconscious.

Police were called to Ashton Rise at about 11.30am after the woman was found unconscious but breathing. Shortly afterwards she regained consciousness and was taken by ambulance to the Royal Sussex County Hospital, Brighton.

Officers currently at the scene say her injuries are not believed to be life-threatening but are still trying to establish exactly how she came by them.

It has, however, been confirmed that she had not fallen from a window.

Three people have been arrested on suspicion of causing grievous bodily harm with intent. Enquiries are continuing.