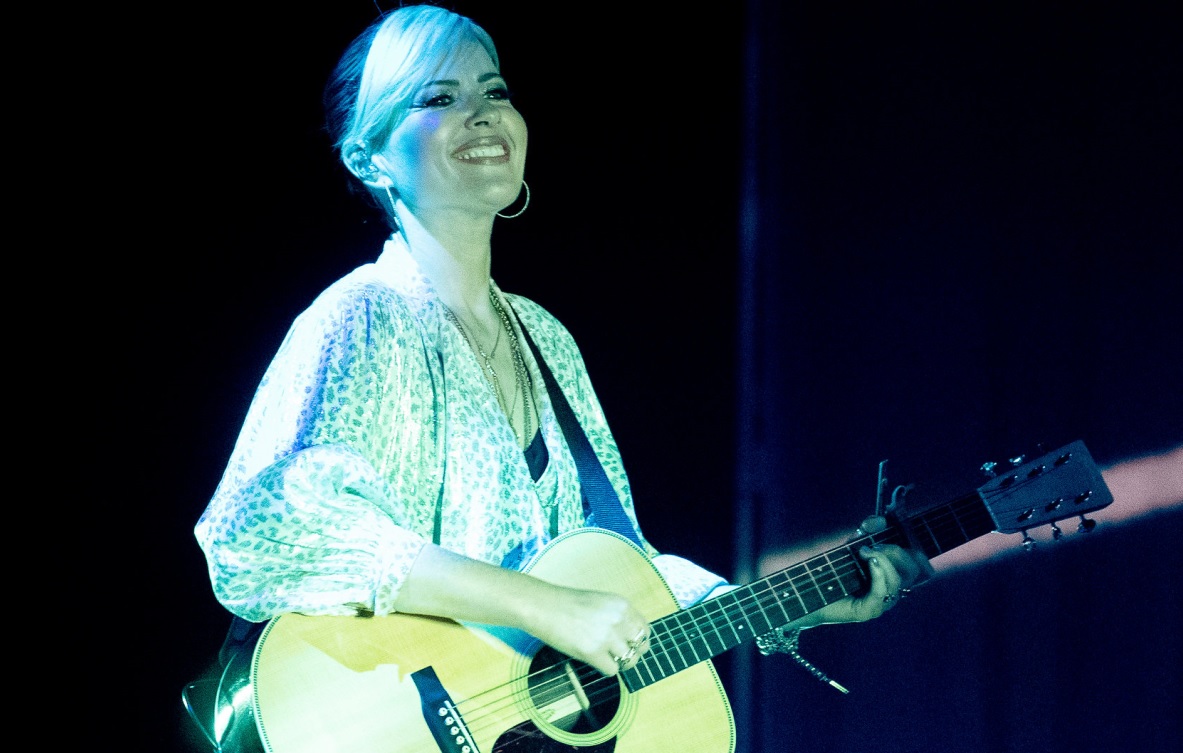 It’s a very chilly night down by the seafront when I arrive at the Brighton Centre. But I’m happily greeted with warmth and small talk as I take my very comfortable seat within the concert hall and wait for the night of dreamy pop and singer-songwriter tunes to begin.

On the agenda for tonight is the English singer-songwriter Dido. She heads to the Brighton Centre as part of her ‘Still On My Mind’ UK and Ireland Tour. This is Dido’s first return to touring in 15 years and will be performing material from her newly released ‘Still On My Mind’ album which was released in the middle of last month. As well as of course playing some of her classic tracks from the late ’90s and early 2000’s. She is being supported by Sonia Stein, the London based songstress who has worked with Liam Howe (FKA Twigs, Adele, Jessie Ware) and her debut EP is full of slow burning R&B styled songs as well as some exquisite balladry.

The stage is set up with large tapestry pieces that are being projected onto the stage to really show the vibe of the evening ahead. The show is completely seated, but I believe that works with the aesthetic and vibe of the music. The crowd is waiting patiently for the performance to begin. It really strikes me how comfortable the seats to this venue are, well padded with full arm rests. The venue is definitely not full at this moment which has a nice ambience of the low lighting with swirling projections leading to a very relaxed atmosphere. 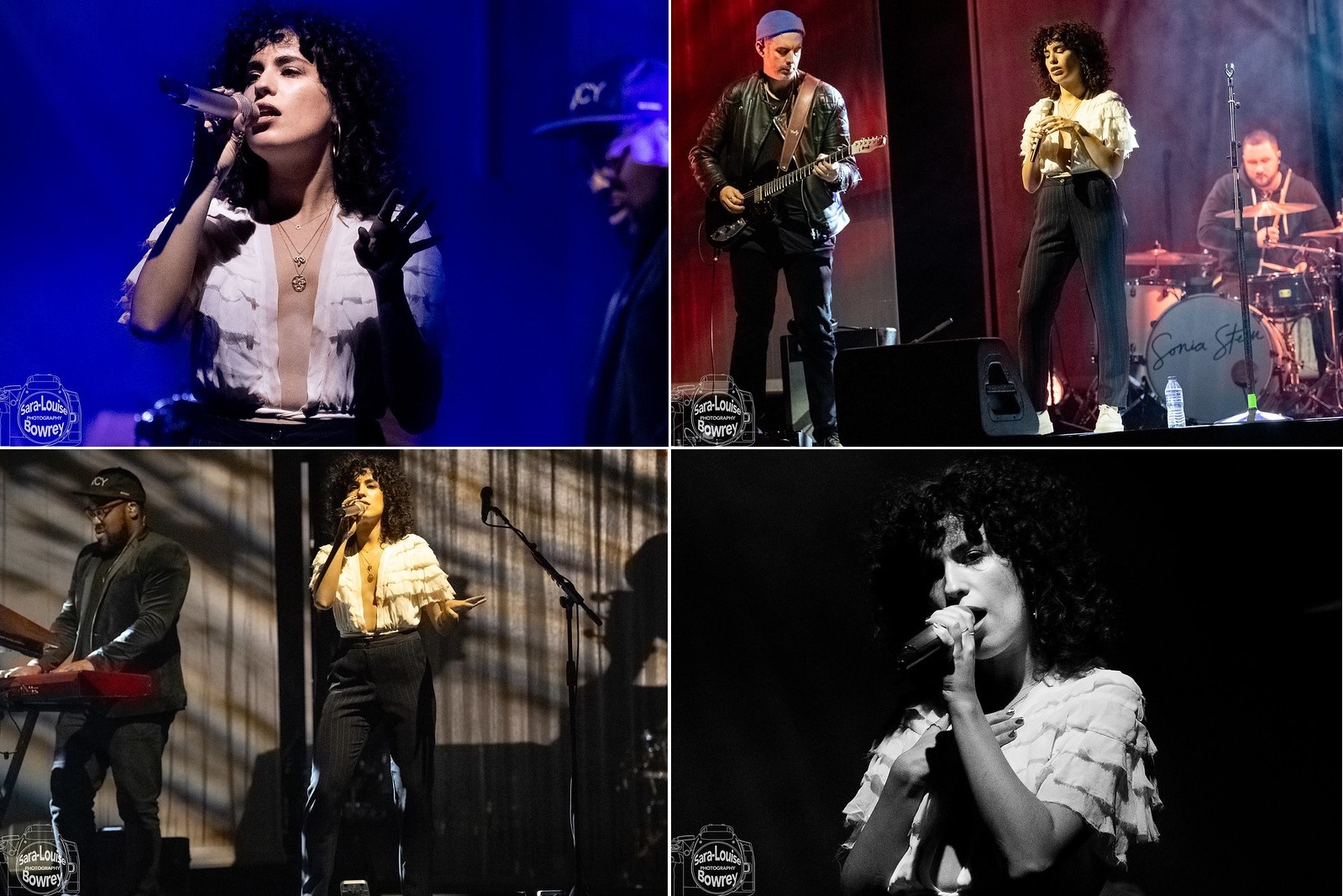 First to the stage is Sonia Stein, who starts at exactly 8pm. She is very comfortable and in tune as she plays through her 7 track half-hour set. The instrumentation from her 3 backing musicians is clean and well-rehearsed, with dreamy guitar songs ringing around the large auditorium. The vocals are clean and pure, showing emotion yet never losing their floaty aura. Some of the standout tracks are ‘Drunk’, a song about being hungover and worrying if you said something that you didn’t mean. It’s building and uplifting with a powerful chorus that combined with the spectacular lighting choreography is quite the spectacle to witness. Another Standout track from Sonia is her final song of the set which is ‘Do You Love Me’, it uses some retro synths which compliments the rising crescendo structure of the song, which breaks into some jazzy vocal solos. She was always very polite and thankful and I could definitely see her being very appreciated within her scene. I would recommend her for fans of Florence And The Machine, Lianne La Havas and Corinne Bailey Rae.

There is now a 25 minute interval in which everyone seems to grab a drink while some early 2000’s pop music plays out over the speakers above. The crowd seems to be fairly middle aged and proportionally more feminine. Every once in a while an announcement can be heard saying flash photography and video recording is prohibited. The arena is sufficiently more full at this moment in time with only a few empty seats remaining. 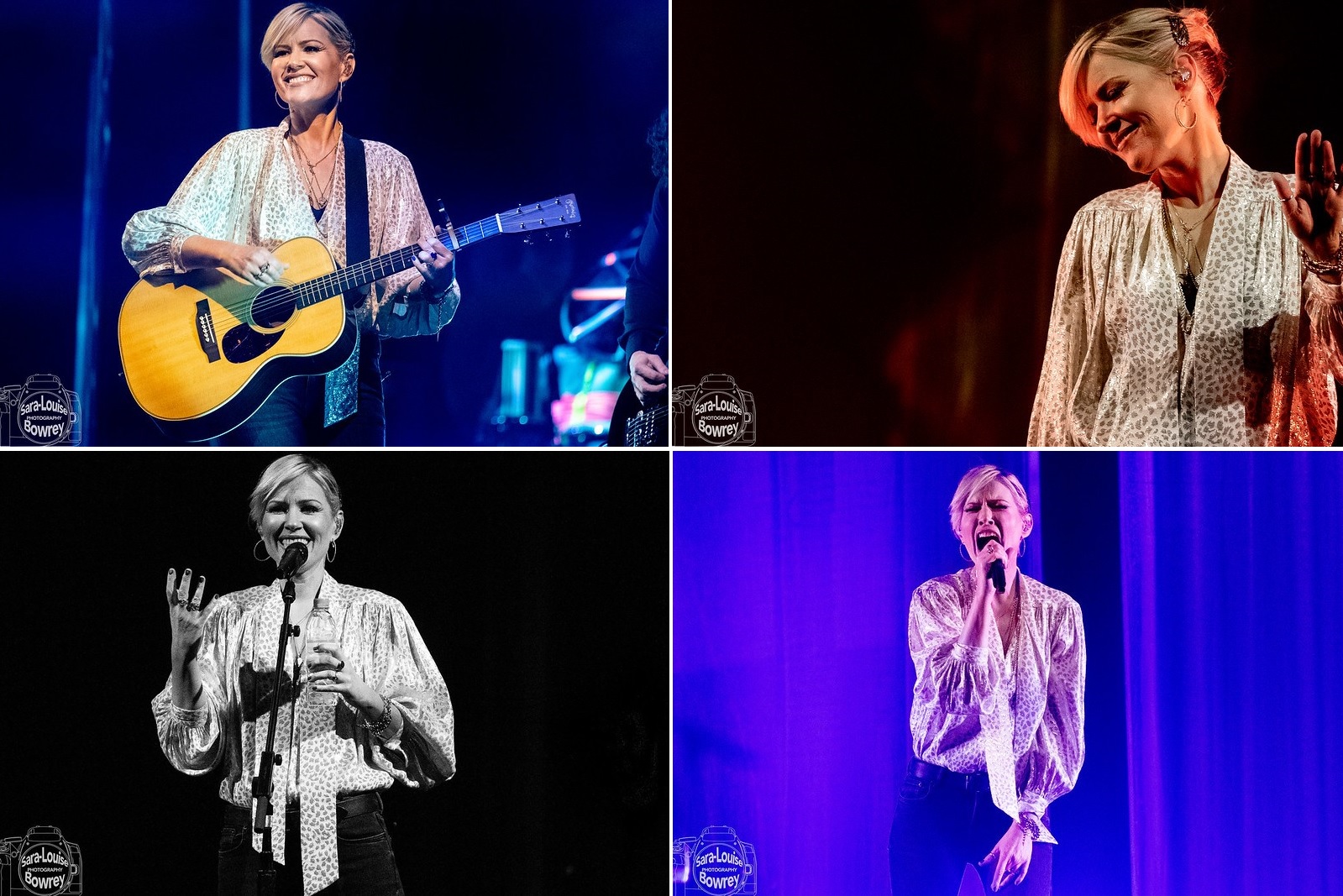 Dido the UK lite pop icon comes to the stage 5 minutes late but it doesn’t seem to bother anyone as she bops into her first song of the evening ‘Hurricanes’ the first track from her recent 2019 album. A building ballad that fills the room with harmonies. She sounds serene and unbothered yet preternaturally confident.

She is backed by 5 musicians including two percussionists which leads to a robust and clean sound. The lighting and visuals are being used to their best effect at this event creating remarkable scene which is interesting and enjoyable to watch. Dido plays an hour and a half set including songs from her new album as well as older classic tracks which are eaten up by the conservative yet passionate crowd. Even though she is 47 at this point in her career her voice shows no signs of faltering as she triumphantly plays though her 20 song set. The older songs get bigger reactions from the crowd with there being a bit of a sing along to ‘Thank You’ from her 1999 album ‘No Angel’.

This is actually her first time ever playing in Brighton, even though she has been here many times, she’s happy to be here with a relaxed and comforting vibe. At the end of her set she plays a two-song encore one being ‘Have To Stay’ from her latest album while the other is her biggest song ‘White Flag’ which receives a great reception with strong applause with the audience seeming content for now.

Dido put on a great show and even though it’s not necessarily my kind of thing I can appreciate the artistry as well as the stellar performances from her backing musicians. If singer-songwriter pop is your cup of tea I would recommend seeing her play some of the classics

Find out more about Dido on her official website – www.didomusic.com 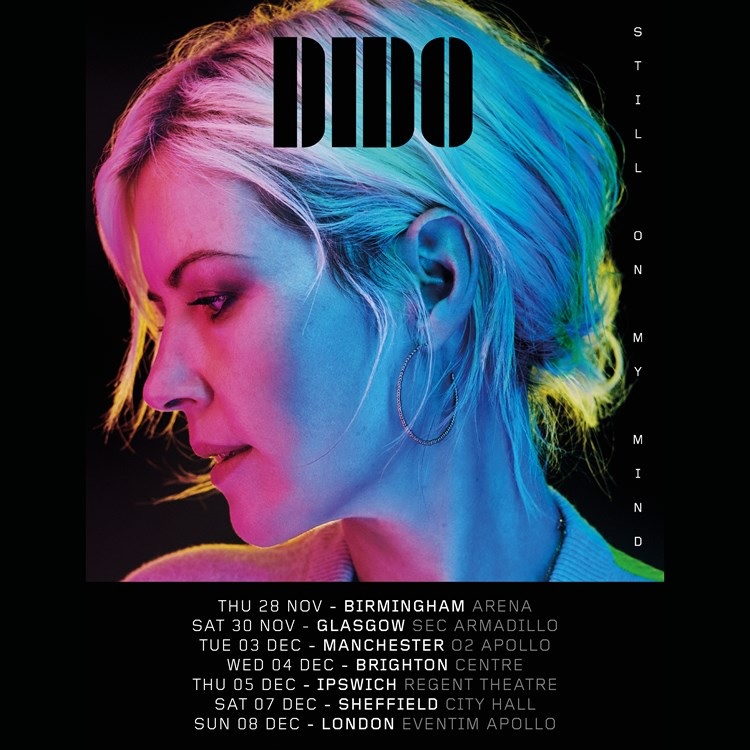