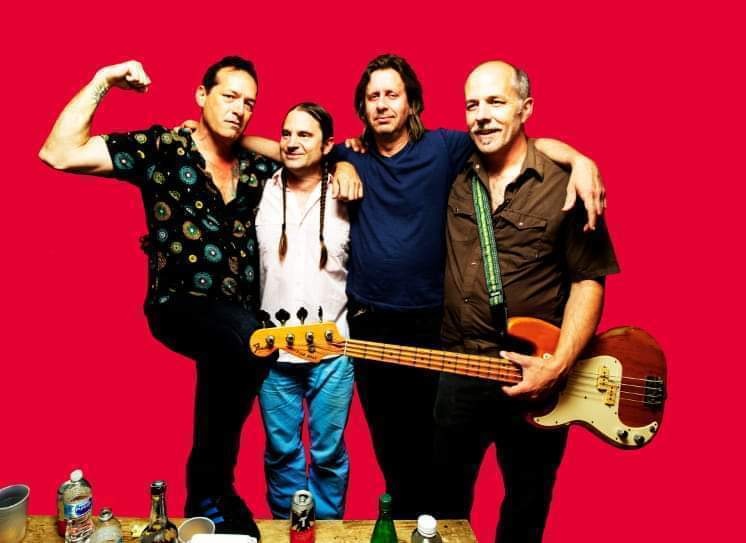 Hot Snakes are on their way….

San Diego’s finest noise merchants, Hot Snakes, will be appearing in Brighton this weekend, when they will be performing live at Patterns on Saturday. The doors are at 7pm and it kicks off half an hour later.

The band’s last Brighton show sold out in advance, so it’s a good idea to purchase your tickets prior to the event. Have a listen to them HERE.

Swami John Reis and Rick Froberg have been making noises together since high school. In 1986 it was the post-hardcore chime of Pitchfork. In 1991 it was the sprawling, multi-faceted arrangements of Drive Like Jehu. In 1999 it was the lean, mean swagger of Hot Snakes. Reis and Froberg are responsible for some of the most turbulent rock and roll of their, or any, generation. 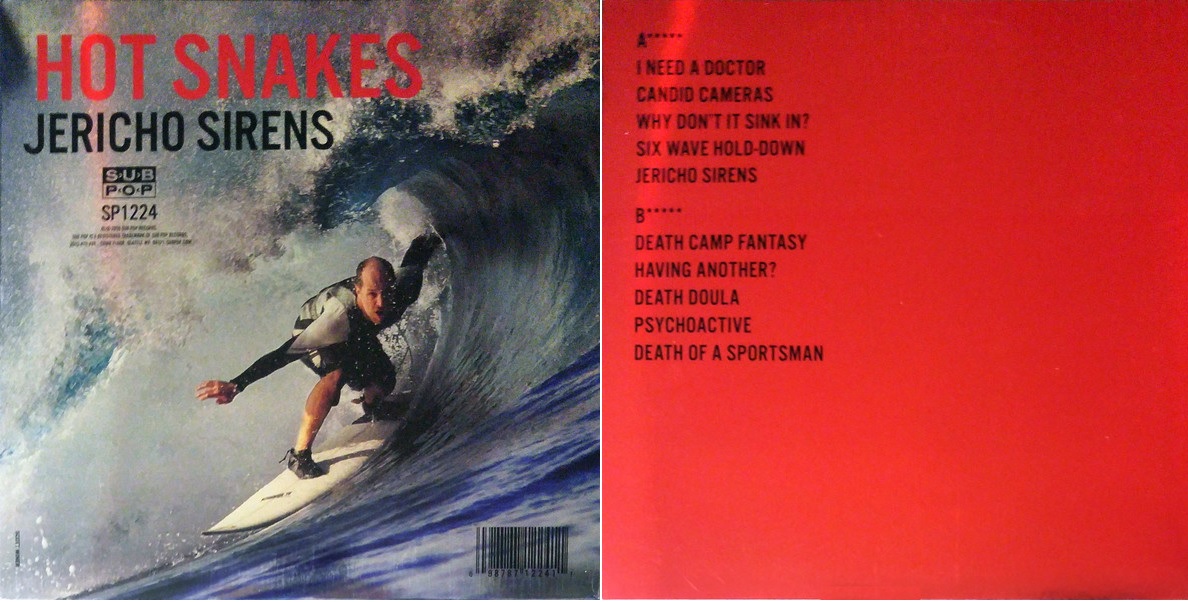 After a 14-year hiatus from the studio, Hot Snakes kicked down the door back into our lives with their recent 2018 ‘Jericho Sirens’, album, which was unleashed by Sub Pop. Fresh, warm p*ss, bottled and sold as lube.

“I considered stopping playing guitar on a social media poll after I completely mastered the instrument,” Reis says. “But so many people kept sending me letters and voicemail messages, asking me at the dry cleaners, or the butcher shop to bring back Hot Snakes. They were missing rock and roll music. I’ve always considered Hot Snakes to be more in the vein of the proto-Vog movement of the early ‘70s. But to these people, this is their rock ‘n’ roll. I understand that. I totally understand people’s desire to be controlled and humiliated by my guitar. Anyone can play the stupid guitar. What they want is for me to use it as a branding iron.”

The ‘Jericho Sirens’ album blasts out of the speakers with the furious ‘I Need A Doctor’, inspired by Froberg’s experience needing a doctor’s note in order to miss an important work function. “Yeah, I had to be quick on my feet,” says Rick. “Luckily a friend had a stack of stationary from Planned Parenthood and I used that to forge a note relieving me of my obligation to go to a really lame Christmas party at a karaoke joint.”

Throughout ‘Jericho Sirens’, Froberg commiserates with the frustration and torrential apathy that seems to be a fixture in our daily lives, while also reminding us that we have no clue. “Songs like ‘Death Camp Fantasy’ and ‘Jericho Sirens’ are about that,” he says. “No matter where you look, there are always people saying the world’s about to end. Every movie is a disaster movie. I’m super fascinated by it. It is hysterical, and it’s a self-fulfilling prophecy. It snowballs, like feedback, or my balls on the windshield.”

Musically, the album incorporates the most extreme fringes of the Hot Snakes sound (the vein-bulging, 78-second ‘Why Don’t It Sink In?’ the manic, Asian Blues on speed of ‘Having Another?’), while staying true to longstanding influences such as the Wipers, Dead Moon and Suicide on propulsive tracks such as ‘Six Wave Hold-Down’, one of the first songs written for the project during a Mummer Parade 2017 session in Philadelphia. Other moments like the choruses of ‘Jericho Sirens’ and ‘Psychoactive’ nod to Status Quo and AC/DC with Froberg admitting, “I still flip bird and ride my BMX on top of cop cars.”

“My muse was love. It sounds like panic and chaos,” Reis says. “Restlessness and unease. That’s a sound that I would ask for. I want that record. The inspiration would be simple, maybe even kind of straightforward. Very early rock ‘n’ roll DNA with lots of rules. I would find some note or rhythm in it that captivated me and I dwelled on it and bent it. That’s where I found dissonance. Bending and rubbing against each other uncomfortably. Marinate and refine. A lot of the other Hot Snakes records always had tension and release, but this one is mainly just tension.”

‘Jericho Sirens’ was recorded in short bursts over a year, mostly in San Diego and Philadelphia with longtime bassist Gar Wood, Jason Kourkounis and Mario Rubalcaba, both of whom drummed on prior Hot Snakes releases, but never on the same one. For Reis, reactivating his creative partnership with Froberg was one of the most rewarding aspects of the process: “Our perspectives are similar. Our tastes are similar. He is my family. And what more is there to say? My favourite part of making this record was hearing him find his voice and direction for this record.”

Physical tickets on sale now from Resident music in Kensington Gardens, Brighton and Punker Bunker in Sydney Street. Online on ticketweb.com and seetickets.com 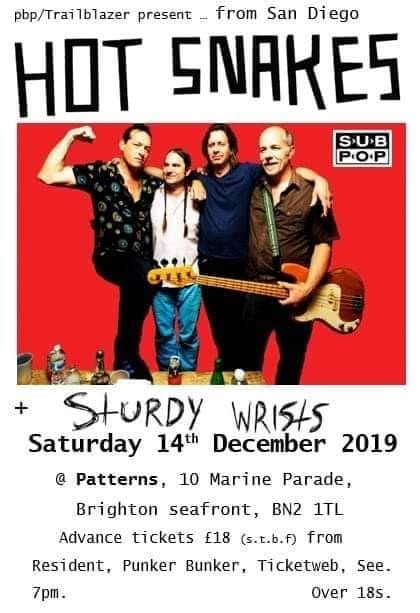