808 State to perform live in Brighton 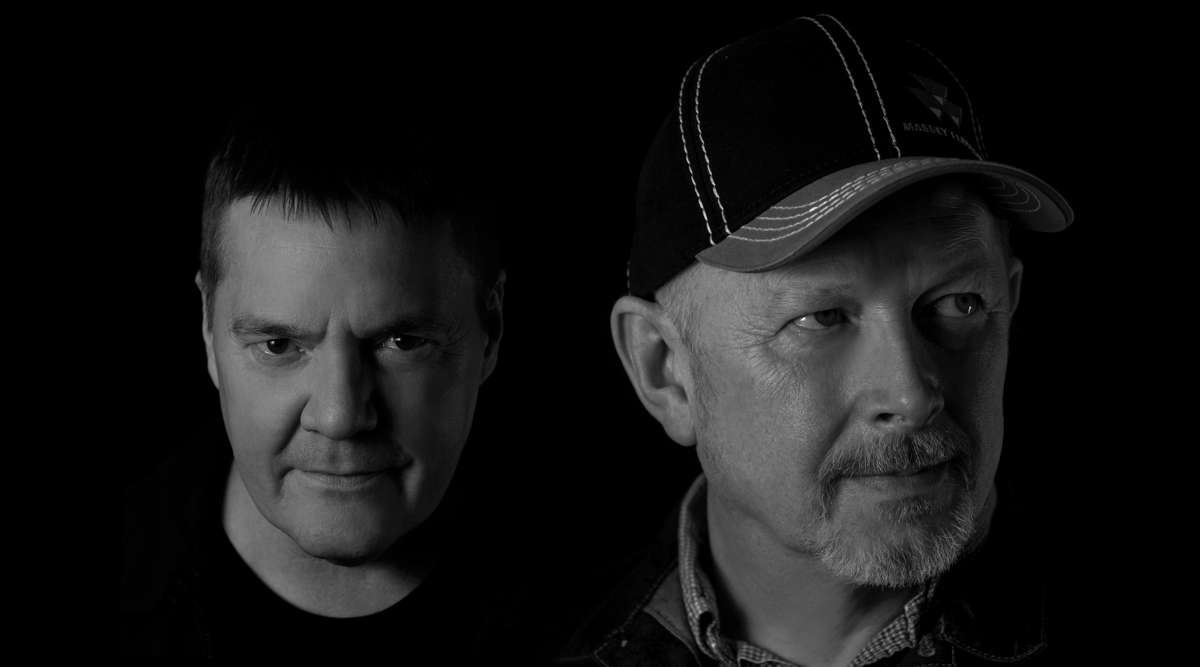 808 State are heading our way!

The legendary 808 State are set to bring their full live show to Brighton’s Concorde 2 in April 2020 as part of a select 7-date Spring UK tour. .

It’s 30 years since 808 State made the opening salvos into what became UK Acid House and Techno. Their legacy is being discovered by new generations, with versions of their classic anthems such as ‘Pacific State’, ‘In Yer Face’ and ‘Cubik’, remodelled every few years – be it by other international acts (Bicep, 2manyDJs), classical orchestras (Manchester Camerata) or art led projects (Jeremy Deller’s Acid Brass).

808 State littered the Pop music charts with the oddest of tracks and collaborations, but did so as one of the first album orientated groups of the Rave era – here is where 808 State made their mark with genre defining albums such as Newbuild, 90, Ex:El & Don Solaris.

These albums for the ZTT & Tommy Boy labels had 808 State touring the globe, as a live act of some repute. Always technology driven, 808 State’s recent live performances at Moog Fest and Galaxiid last year saw brand new material introduced, alongside the classics, with a more organic improvisatory nature due to the march of new portable and gig friendly music technology.

“We’re trying to make a future for other people to immerse themselves in,” says Graham Massey. “It feels a bit like an imaginary landscape. That’s always been a big part of 808 State, when you go back through the music: these kind of landscapes of futurism.”

808 State made their return with ‘Transmission Suite’, a record that remains true to the forward-thinking ethos of this singular band, but also takes them somewhere new. More stripped-back and conscious of space than the music that first made their name in the late ‘80s and early ‘90s, it is also suffused with a sense of history: specifically, that of their home city of Manchester, and the ghosts that swirl around it. Its tracks reflect the fact that electronic music also has a rich backstory, but 808 State being 808 State, they also point ahead. Put simply, ‘Transmission Suite’ – which is their seventh album – evokes the past, present and future, which is not something you can say about many records. 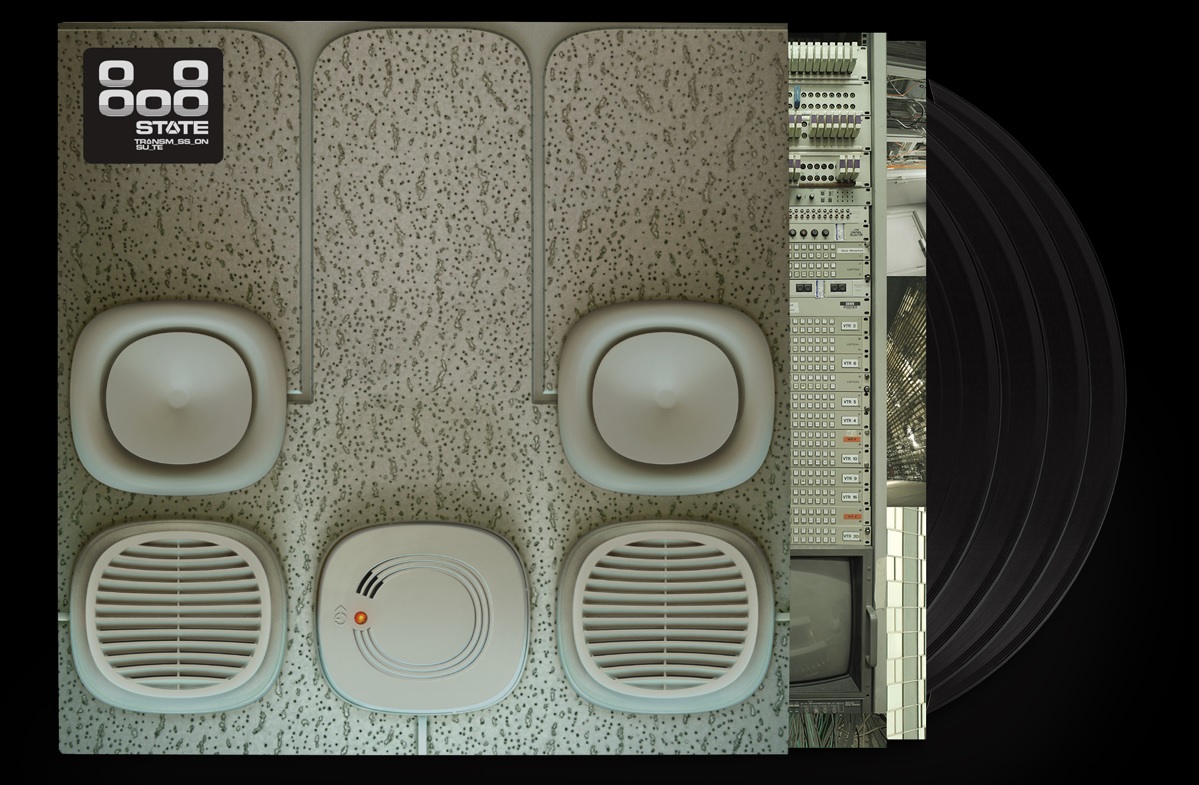 Its achievement is all the greater when you consider that their last album, ‘Outpost Transmission’, came out in 2002. 808 State music has appeared since then, and the band have continued to play live, but it wasn’t until last year that Massey and Andrew Barker finally decided to reconvene with a view to working on a big new tranche of material.

‘Transmission Suite’ is available to purchase from HERE and buy/listen/stream HERE.

808 State will be appearing live at the Concorde 2 on Friday 24th April 2020. Purchase your tickets from the usual outlets or click HERE. 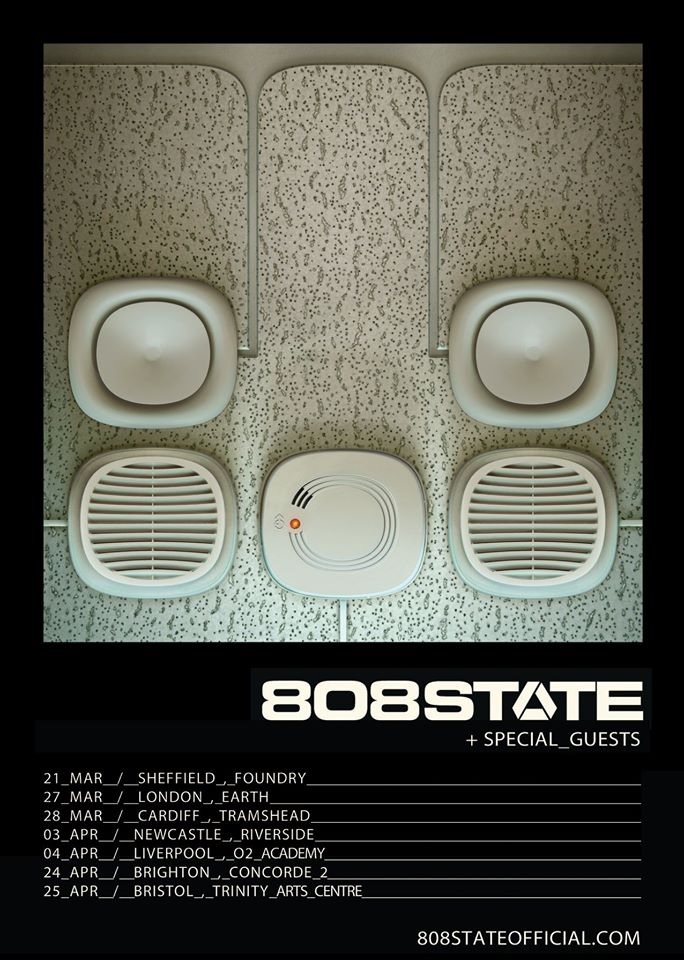