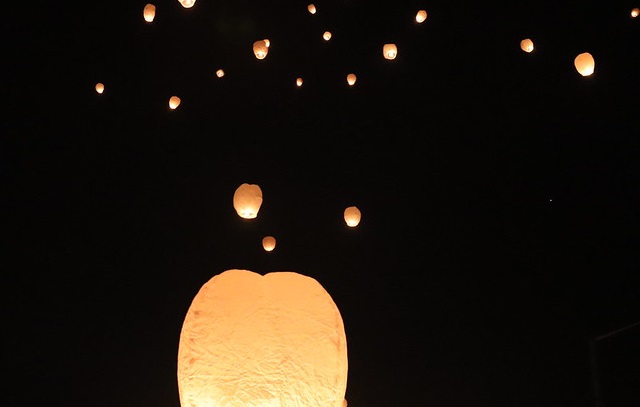 Paper lanterns and helium balloon releases are set to be banned on council land as part of a drive to make events in the city more environmentally friendly.

However, calls for a environmental impact charge are not being recommended as a similar one proved unpopular in Oxford when the council there tried to introduce it.

Instead, an annual report into compliance with the outdoor events charter will be produced – and the existing system of charging event organisers a re-instatement deposit against any damage caused by their event will remain.

Approximately £20,000 was spent by event organisers in re-instatement in 2019.

Brighton and Hove City Council’s tourism, equalities, communities and culture committee is recommended to approve the sky litter ban and EIA requirements when it meets next Thursday.

Committee chair Alan Robins, said: “The city is well-known for our fabulous events and we have been leading the way on supporting sustainable events management for some time.

“Most organisers want to make a positive contribution to reducing emissions and environmental concerns are high on their agenda – for example Brighton & Hove Pride, The Great Escape and Brighton Marathon made great efforts last year.

“The new environmental assessments are set to make an even bigger impact and complement the work already going on.

“We held 253 events in the city’s parks and open spaces last year – 61 of those attracted more than 5,000 people which represents more than 80% of the annual attendance for events across the city.”

The EIA will show how events will:

Paper lanterns and balloons – known as sky litter – are known to have a damaging effect on animals, birds and fish as they are often mistaken for food and wildlife can get tangled up in the attached strings and ribbons.

Balloons can take decades to degrade in the environment and the lanterns are also a fire risk.

Brighton and Hove was the first council to get the British Standard in Sustainable Event Management which supports everyone in the event supply chain – from organisers and venues though to performers and suppliers of food and drink, to take into account environmental issues such as local sourcing, waste and transport as part of event planning.

The council will continue to support smaller events to sign up to Brighton and Hove’s sustainable events commitment. This enables organisers to choose 10 or more actions, including:

In March 2019 Brighton & Hove introduced a new outdoor events strategy which further strengthened the commitment for organisers to ensure that their events look after the environment, keep disruption to a minimum and benefit communities through local employment and participation. It includes commitments to re-use and recycling, not using single use plastic and paying the Brighton Living Wage.

Events in Brighton and Hove play a significant role in the city’s visitor economy which, in 2016, was worth £886 million. They also support 21,760 jobs.

The income generated from fees charged for commercial events in parks and open spaces contributes to the costs of the council’s outdoor events team and enables charitable and community events and free public entertainment to be supported at reduced rates throughout the city.