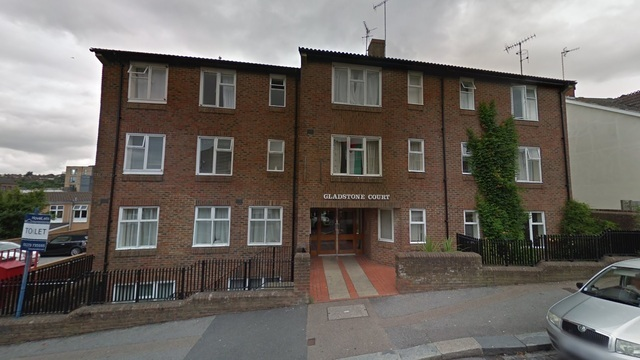 A block of student flats is set to be converted into short term homes for homeless people as the council moves to bring emergency accommodation in-house.

Members of Brighton and Hove City Council’s Housing Committee last night recommended bringing the Gladstone Court in Hartington Road back under the authority’s control as short-term temporary and emergency accommodation.

The council is the freeholder of the four-storey block consisting of 36 one-bedroom, one three-bedroom and one four bedroom flat.

It is currently leased by a student housing company and is expected to be empty by the summer.

A large amount of the council’s homeless accommodation is currently provided by private landlords, some in blocks which are regularly criticised for poor conditions such as Windsor Court in the city centre and Percival Terrace in Kemp Town.

She said: “Our providers might have got a tad complacent. By bringing this in house we can look after them and make sure there is not mould on children’s clothes and things like that.

“Because it is a family block families won’t need to go into emergency and temporary accommodation. While not ideal this is secure and decent accommodation.”

Green councillor David Gibson also welcomed the move in his own ward of Hanover and Elm Grove.

He said: “I have knocked on the doors around this block and I’ve also been in Percival Terrace which is the privately run short term emergency accommodation, and there is a lot of difference now.

“Hopefully we will make it even more decent in there.

Conservative councillor Mary Mears shared concern about temporary housing saying some families have been in temporary accommodation for ten years or more in the city.

She said: “You may say it’s more secure but it is not security for families when they have children at school and they’re suddenly asked to be moved.”

Councillor Mears was also concerned about future management of the property and wanted her worries registered and abstained from the vote.

Head of housing, income, supply and customer service Ododo Dafe assured Councillor Mears while the department had not managed a block like this before, staff have considerable experience of managing homes, tenancies and supporting people.

The Policy and Resources Committee is expected to approve moving forward with buying the flats when it meets, usually in public, at Hove Town Hall from 4pm on Thursday, 23 January.