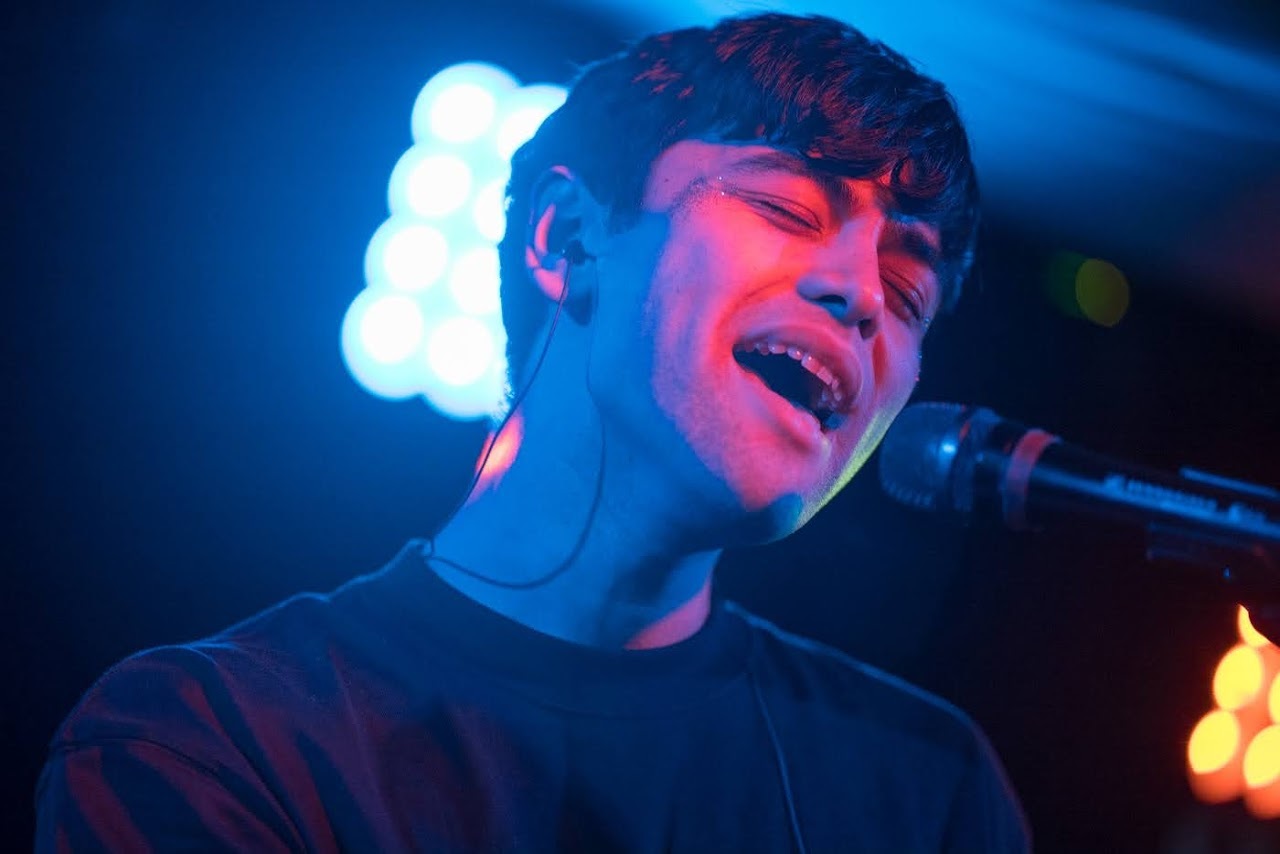 The Fourth annual Triptych event hosted by Love Thy Neighbour is officially underway. The Hope and Ruin will see three days of good music. The first day features Hilang Child, Abi Wade and Cubzoa. The sounds of the first night seem to be more relaxed and atmospheric with synth pop and musical styles soaked with emotion and atmosphere. 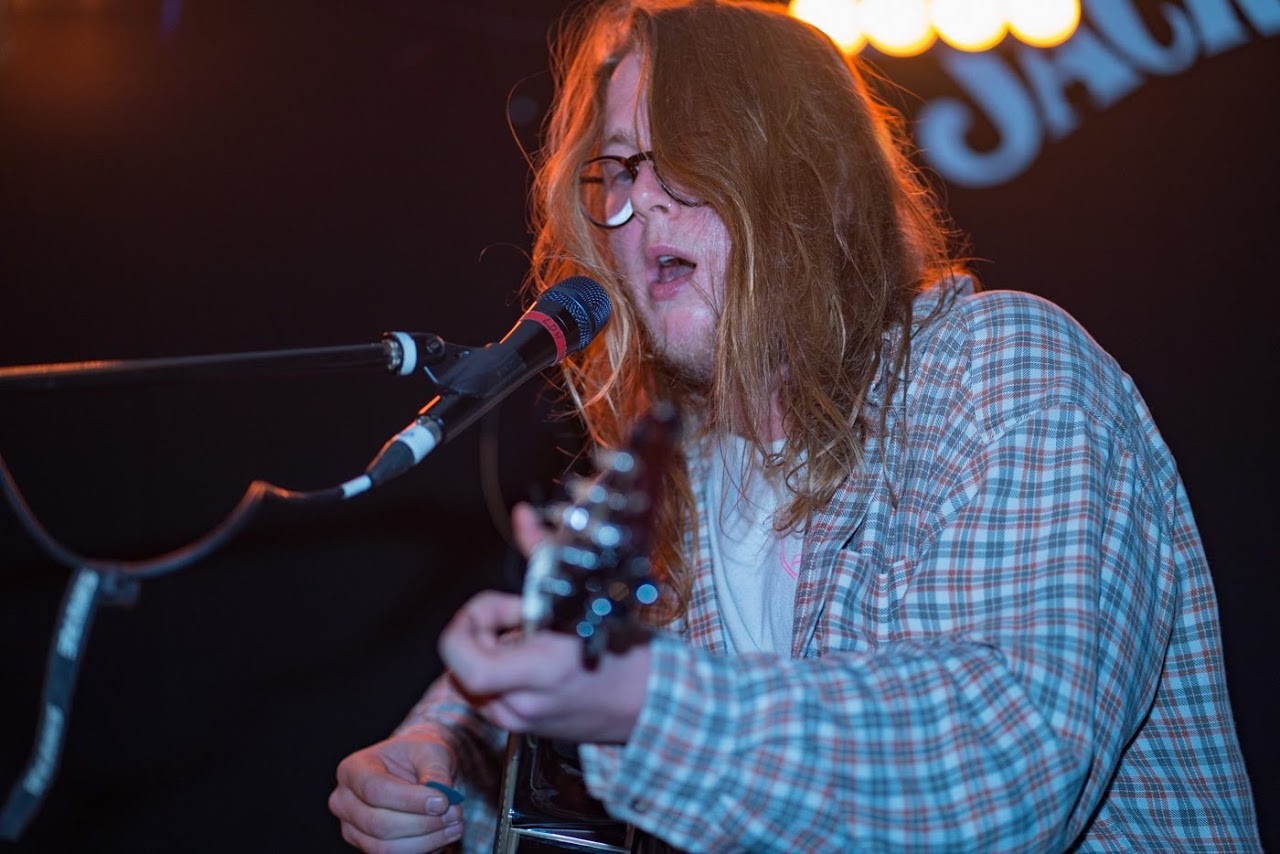 Cubzoa
First to the stage at 8:30 is Cubzoa. Made by the Brighton based musician and producer Jack Wolter known for his core part of the band Penelope Isles.

Cubzoa is a lo-fi bedroom production dripping with melody and texture to create intimate and artful ballads. He plays on a stool with an acoustic guitar on the right hand side of the stage. The songwriting is poetic with rising and falling harmony. The sounds being produced hang in the air with the heavy use of reverb allowing the single acoustic guitar to fill the entire space. He utters occasional sarcastic remarks while he retuned his guitar between each song. The constant retuneing slows down the pace of the show quite considerably as It appears that every song within the set is written with a different tuning. For when he is playing the audience is entranced by the sweet movements coming from his voice. He finishes with a mumbled shout out to the next band and leaves the stage to applause and whoops.

The song ‘Tinman’ has been included on the limited vinyl for the night and has also been released onto streaming services under the Love Thy Neighbour label. 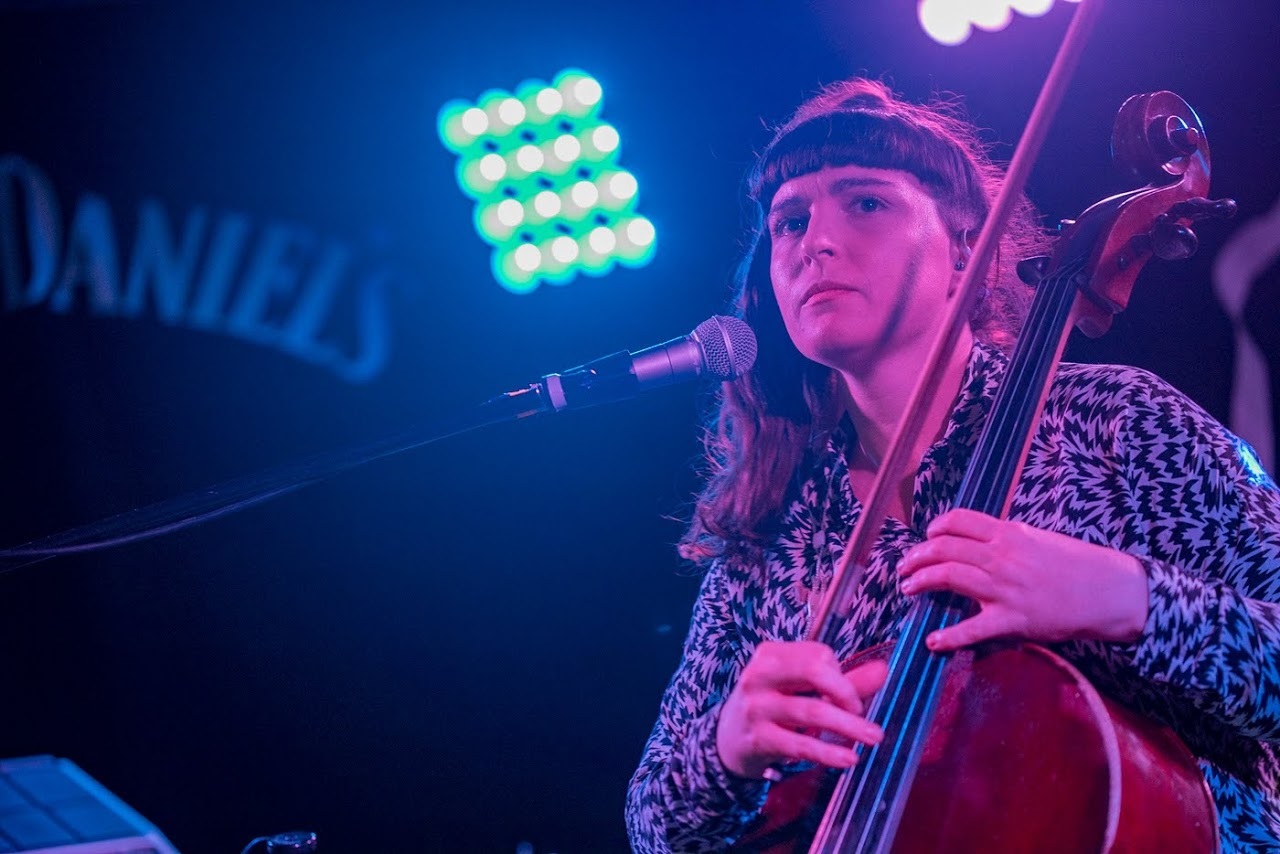 Abi Wade
Second onto the stage at 9:20 is Abi Wade. A multi-instrumentalist based mostly around the cello but also using synths, piano, choral assembles and orchestral arrangements. The sounds she produces are instinctively human and emotive. She uses real and abstracted personas to elicit new themes which are heavily explored within her debut album ‘Beautifully Astray’.

Abi takes to the stage barefoot wearing a white and black patterned matching ensemble. She delivers a sweet and polite hello and gives a slight chuckle as she tunes her bow and says “It’s great to be back in Brighton”. Her first song ‘Gold Abyss’ is the first time I hear the combination of cello, synth and vocals and it is hauntingly smooth, silky and deep. She operates a drum pad with her right foot with impressive accuracy and timing. The cello, when put through some of the effects, adds new tones and interesting directions. The sounds change from dainty and tight to deep and suffocating while being enjoyable and pleasurable.

A stand out track is one written about the second world war, inspired by a binge-watching session of Band of Brothers. She ends on the song ‘Faker’ which uses a wrapped chopstick instead of the bow to produce a sharp bass stroke from the cello, it sounds like a bond theme moving with a suave rising harmony.

I will highly recommend giving her debut album a listen for some introspective reflection and wonderful cello sounds. The track on the limited vinyl for the first night is the song ’Maybe’ and is also available on streaming services 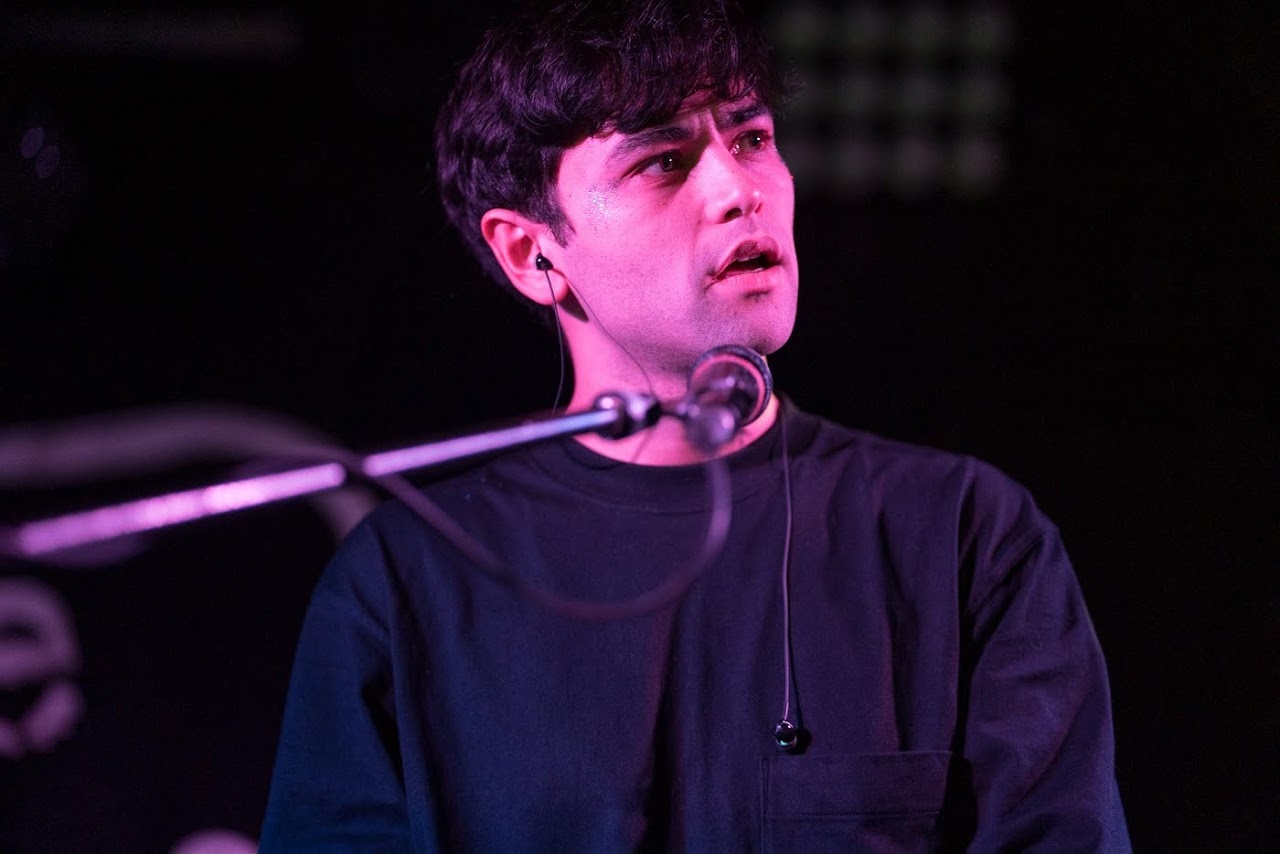 Hilang Child
Last to the stage on the first night is Hilang Child at 10:10pm. Hilang is the Musical project of Ed Riman, a half-Welsh, half-Indonesian musician and composer from South London. Supported by the likes of BBC six Music’s Lauren Laverne and Radio 1’s Huw Stephens, plus championed by the line of Best work, Stereogum, q Magazine and more, Hilang crafts expansive atmospheres with acoustic and electronic components in harmony-rich, multi-layered songs.

His debut album ‘Years’ was released in August 2018 on Bella Union, with the follow-up due in 2020, slated to be a more up-front, brash evolution on his sound. Three people come to the stage while the atmosphere of The Hope and Ruin is joyful and relaxed. His voice is floaty and the use of synths is exemplary with the use of two keyboards at once in some songs.

He is supported by a drummer and a guitarist who provide additional sounds to bring depth to the music, they seem very talented and competent musicians. Mid way through the set they break off and leave the stage during the song ‘Crow’ to allow Ed to perform solo through this piano driven ballad. The drummer Hannah rejoins for the next two songs providing driven percussion elements. And then Becca rejoins to add guitar and more complex synths for the last 3 songs. The synth pop rock would fit perfectly within a teen coming of age film. The entire set was very well mixed having a clean and crisp sound. They play until just past 11pm and are very cheerful and happy to be apart of this Triptych event. They end on the song ‘Earthborne’ which provides a nice end to the first night of this trio of musical talents.

The track used for the limited vinyl is ‘I’ll Be Your Hades’ and is also available on streaming.

The entire night was fairly enjoyable and I am looking forward to day 2 on Friday with Zooni, HANYA and Ciel. And then day 3 on Saturday with Beach Riot, Happy Couple and Our Family Dog. 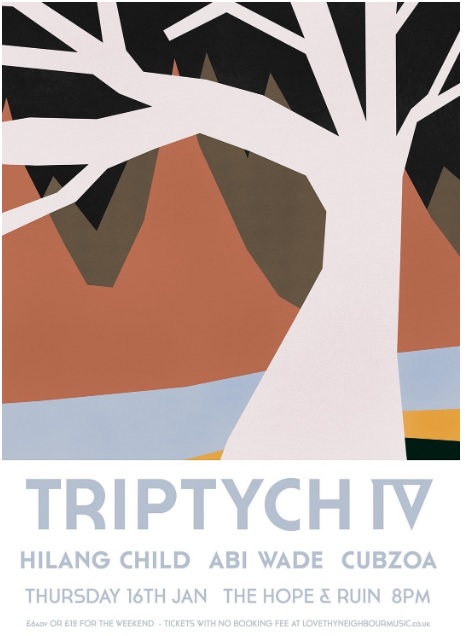