The number of student houses and flats – exempt from council tax – has risen for the third year in a row in Brighton and Hove.

The figure has gone up from just under 6,700 to an estimate of just over 6,900 in the coming financial year, starting in April.

The “student exemption” is forecast to cost Brighton and Hove City Council almost £9.8 million in 2020-21.

The details are set out in the agenda papers for a meeting of the council’s Policy and Resources Committee which is due to meet at Hove Town Hall on Thursday (23 January).

A report to the committee said: “The University of Sussex has a significant increase in units on campus either completed or in progress.

“The Circus Street and Hollingdean Road developments are now built and there are further developments in progress on the Lewes Road and Heath Hill Avenue.

“It is expected that increases in halls of residence will ultimately reduce the number of other housing properties solely occupied by students.”

The report, on the “council tax base” in Brighton and Hove, is required by law as part of the process of setting the council’s budget.

“It is forecast that 1,168 new properties will be added by March 2021, equivalent to a 0.9 per cent increase in the housing stock of the city.

“The council’s own housing development programme includes an additional 42 properties at Selsfield Drive and Buckley Close.” 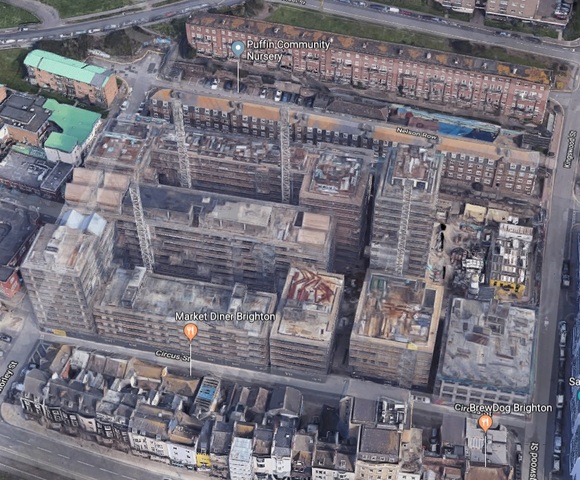 The committee papers indicate that the council can expect to retain £67 million from its share of business rates raised locally.

But cuts and savings totalling £9 million will still need to be made when the budget goes before the full council next month.

The Policy and Resources Committee is due to meet at Hove Town Hall on Thursday (23 January). The meeting is scheduled to start at 4pm and should be open to the public.