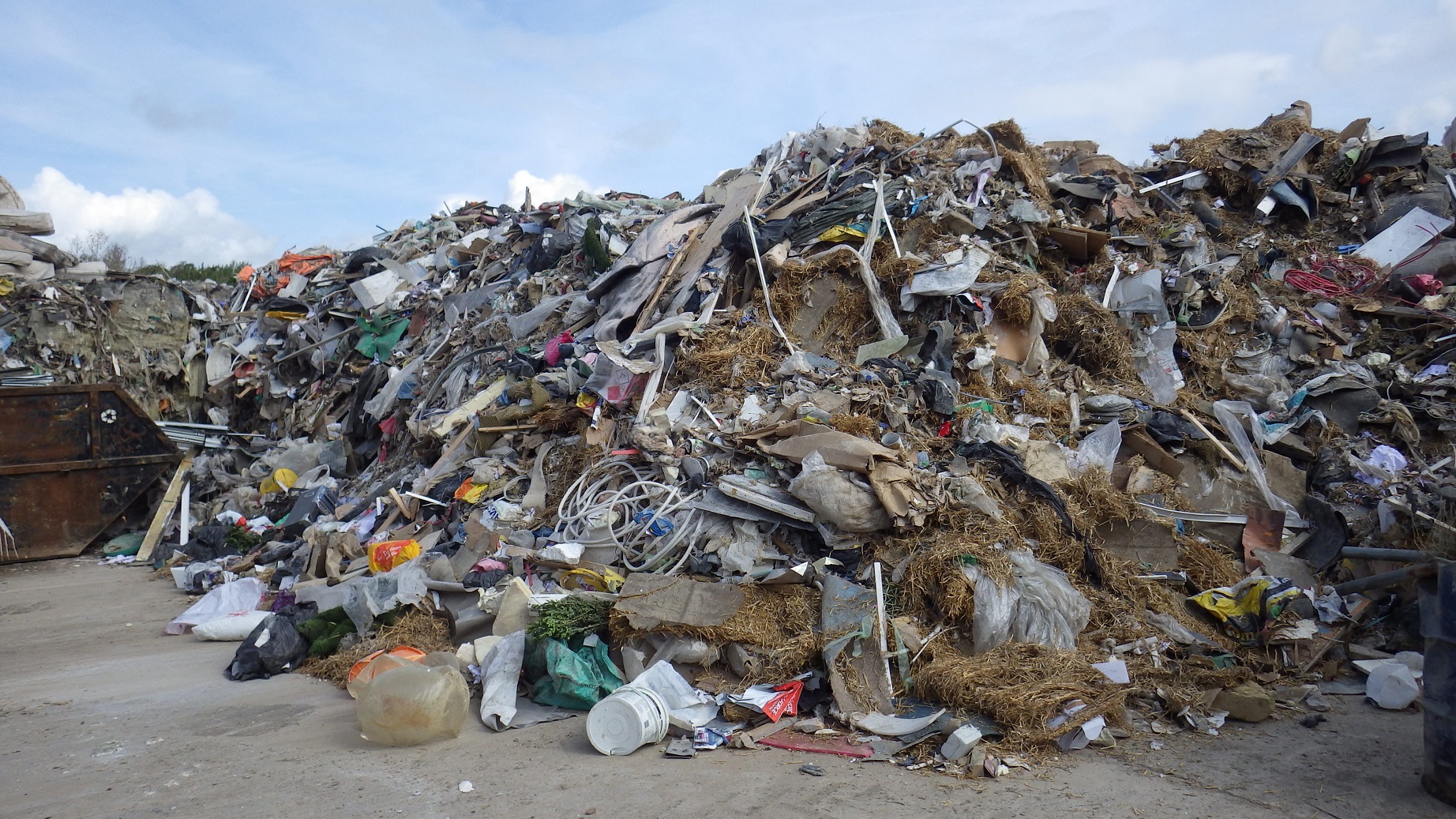 Two waste company bosses who allowed tonnes of rubbish to pile up at their depots have been landed with yet another round of court fines and banned from being directors for three years.

Brother and sister Mark and Rachael Penfold ran Skip-It Containers in Newhaven before it went into administration in 2017 following a six-day fire in 2014 and an employee being seriously injured in 2016.

But just weeks before that company went bust, a near identical one called Skip It Containers and Recycling Ltd had sprung up ready to take over the site – as well as an unlicensed maintenance depot in Portslade.

In December 2018, that company also went into administration and is now being dissolved.

The first company, founded in 1989 by Mark and Rachael’s parents John and Stephanie Penfold, was first prosecuted by the Health and Safety Executive over the 2016 accident.

In February that year, employee Keith Randall’s arm became caught in a conveyor, resulting in serious injury to his right hand and forearm.

Following an investigation, Mark and Rachael Penfold were each sentenced to 16 weeks in prison suspended for nine months by district judge Tessa Szagun at Brighton Magistrates Court after pleading guilty to failing to monitor for health and safety including machinery safety standards in May 2018.

By then, the Environment Agency had also been alerted to problems at the Newhaven site and had started investigating in June 2016.

Meanwhile, the agency had discovered the Penfolds were also operating an unlicensed site in Portslade. When officers visited in April 2018, they saw just under 30 skips of various sizes full of mixed domestic, vehicle and construction waste.

They also found a very large waste pile in one unit which filled half the building and was approximately 80ft in length and 35ft at its highest. The waste comprised cardboard, plastic, furniture, domestic waste bags, garden waste, metals, insulation and glass.

Also in this building was a cardboard baling machine and some baled card. The officer was concerned that the waste presented a fire risk.

Officers told the staff on site that this was an illegal operation and that they must stop receiving and treating the waste on site and in May 2018, a letter was sent to Skip It informing them that the activity at the site was illegal and must cease.

However, waste continued being imported to the Portslade site and the pair were summoned to court three times before District Judge Tessa Szagun decided to proceed in their absence in April last year.

After hearing evidence, she agreed that the offence was deliberate, sentencing the company to a fine of £5,000, compensation to be paid for the land owner’s waste clearance costs in the sum of £27,522 and ordered the Environment Agency’s costs of £4,778.25 to be paid in full.

On this occasion, the Penfolds weren’t personally charged with any offences. 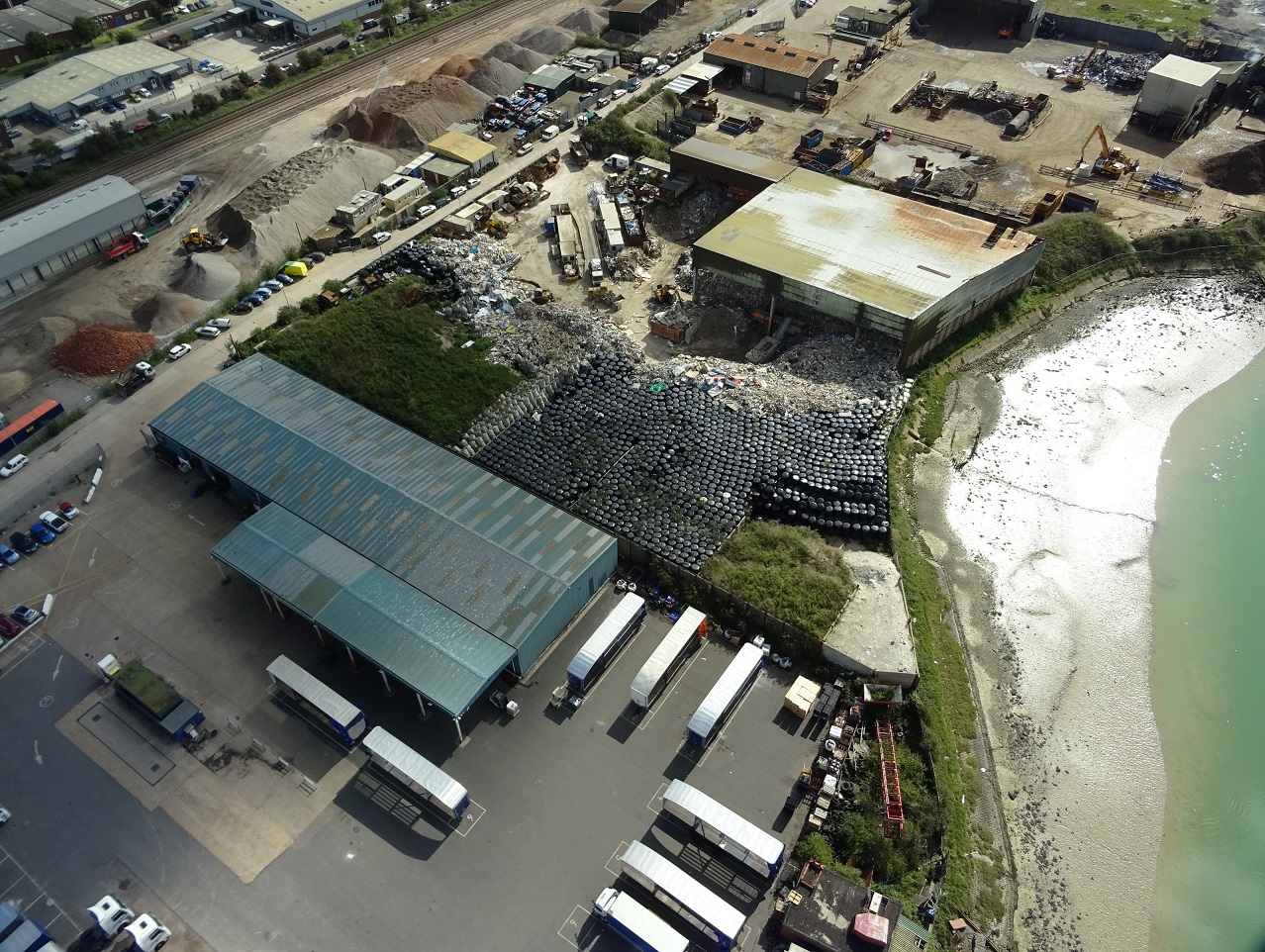 An aerial view of waste at the Newhaven site

District Judge Szagun was presiding again when the Penfolds were called to Brighton Magistrates Court last week over the failings at the Newhaven site.

This time, Rachael Penfold, 45, of The Green, Southwick and Mark Penfold, 49, of Cokeham Gardens, Sompting, were charged alongside the original company, Skip It Containers Ltd.

The court heard that excess waste was stored on site for longer than allowed under the permit and being stored illegally, creating a significant fire risk to the community and local businesses.

When Skip-It Containers and Recycling Limited took over the site, the Environment Agency worked with the company to try and bring it into compliance.

But despite repeated efforts, the company consistently did not comply with its permit, resulting in the EA issuing them a series of enforcement and suspension notices.

Following the verdict, Michael Turner of the Environment Agency said: “As directors of waste companies operating for many years, I met Mark and Rachel Penfold and made clear my expectations that they should comply with the laws in place that protect communities and the environment from damaging illegal waste activities.

“It is incredibly disappointing that despite previous prosecutions and our efforts to bring this particular site into compliance, our help and advice was consistently ignored throughout.

“Unregulated waste activities undercut legitimate local businesses, can cause suffering to local communities, create fire risk and harm to the environment. This case will send a warning to other waste operators that the Environment Agency will not tolerate these harmful and illegal practices.”

However, as it was dissolved in July last year, it’s unlikely the fines and costs against it will ever be paid.

The permit for the Newhaven site has now been taken over by KSD Environmental Services Limited, which plans to move its operation in Lewes Road, Moulsecoomb, there.

Planning permission to build a block of student accommodation on the Moulsecoomb site was granted in November.