A busy Brighton pub was locked down this evening after a car crashed into a house, causing a gas leak. 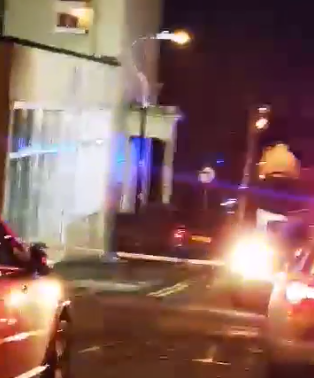 The car smashed into the property in Bedford Place by the corner of Bedford Square, near Brighton seafront.

Some nearby homes were evacuated and customers were told to leave or stay inside the Lion and Lobster pub in Bedford Place and the corner of Sillwood Street.

A neighbour said: “A car has driven into a house near the Lion and Lobster and hit a gas main.

“They are closing off roads due to a major leak and evacuating the pub and houses.

“The fire brigade were knocking on doors and there were a few people on the street when I wandered over.

“I live round corner and could smell gas and a neighbour said what had happened.

“The current road block is outside the mosque in Bedford Place.”