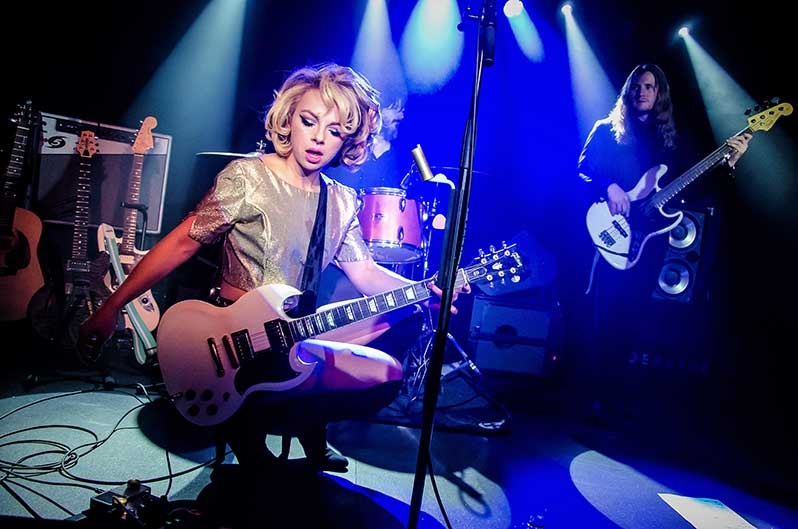 Samantha Fish will be closing her exclusive 9-date UK tour here in Brighton, when she will be appearing at the Concorde 2 on Sunday 8th March. She will be joined by special guest Félix Rabin.

Samantha Fish’s incendiary live performances have been mesmerising audiences all over the globe. Now, with ‘Kill Or Be Kind’ (released 20th September 2019), Fish is poised for a major breakthrough. The edgy roots music album was recorded at Royal Studios in Memphis and produced by three-time Grammy winner Scott Billington and mixed by two-time Grammy winner Steve Reynolds. Boasting 11 original songs ranging from the electric cigar box stomp of ‘Bulletproof’ to the sweet Memphis R&B of ‘Trying Not To Fall in Love With You’, the album is sure to establish Fish as a potent force in roots music. 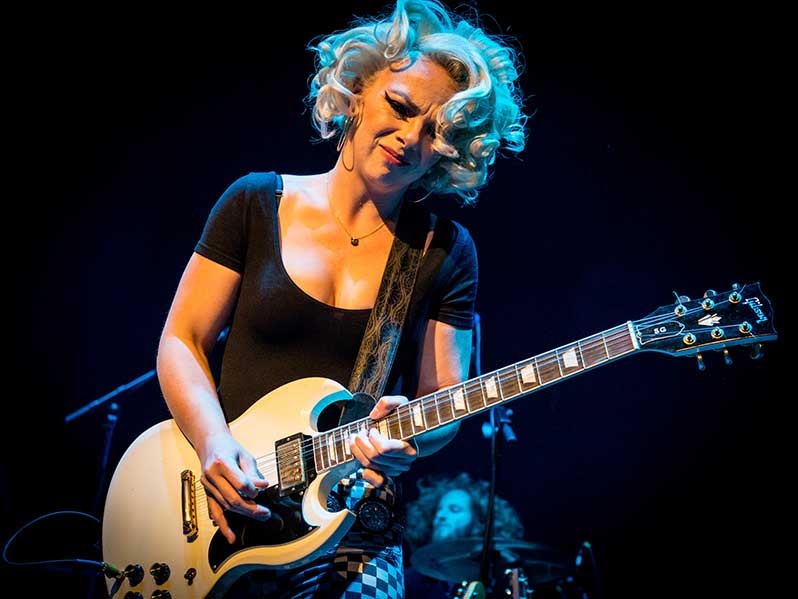 After launching her recording career in 2009, Samantha quickly established herself as a rising star in the contemporary blues world. Since then, the charismatic young singer-guitarist-songwriter has earned a reputation as a rising guitar hero and powerful live performer, while releasing a series of acclaimed albums that have shown her restless creative spirit consistently taking her in new and exciting musical directions.

The New York Times called Fish “an impressive blues guitarist who sings with sweet power” and “one of the genre’s most promising young talents.” Her hometown paper The Kansas City Star noted, “Samantha Fish has kicked down the door of the patriarchal blues club” and observed that the young artist “displays more imagination and creativity than some blues veterans exhibit over the course of their careers.”

As far as Samantha is concerned, her musical future is an open road. “I’m never gonna be a traditional blues artist, because that’s not who I am,” she asserts. “But it’s all the blues for me. When Muddy Waters and Howlin’ Wolf came out, what they were doing didn’t sound like anything that had been done in blues before. You’ve gotta keep that kind of fire and spirit. I’m never gonna do Muddy Waters better than Muddy Waters, so I have to be who I am and find my best voice.”

Purchase your Brighton concert tickets HERE or from your usual ticket agents. 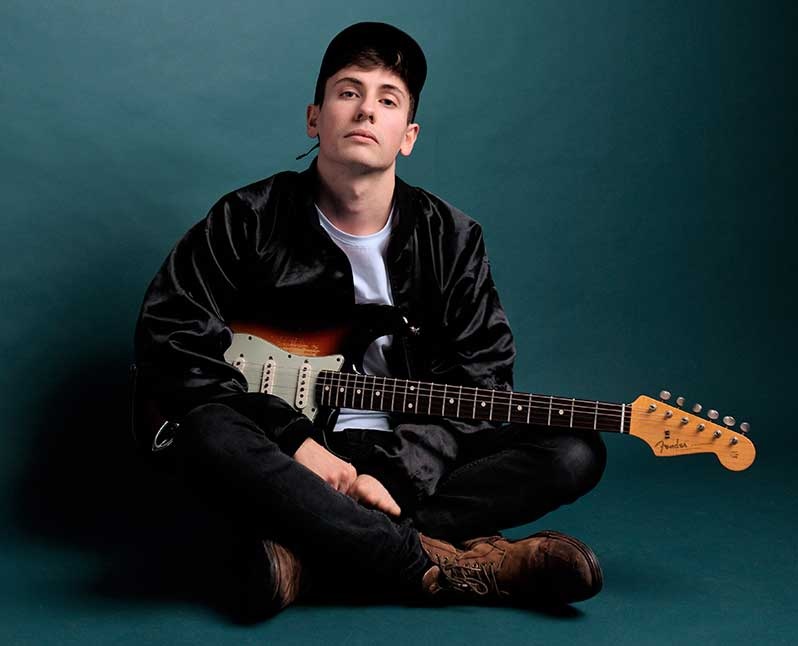 French guitarist Félix Rabin will release his debut six track EP ‘Pogboy’ on Friday April 17th. The E.P. is now available for pre-order from his official website HERE. To celebrate the release, Félix will support American blues rock guitarist Samantha Fish on her UK and European tour which kicks off in Glasgow on February 28th.

Recorded in Los Angeles during June 2019, Félix enlisted the services of recording engineer, Ross Hogarth, whose credits include Van Halen, Ziggy Marley, REM. The name of the ‘Pogboy’ EP, was derived from a guitar effects pedal. “While I was recording those songs, there was one guitar pedal effect that I ended up using a lot called the Pog,” recalls Félix. “Ross asked me why I was using so much of this effect on almost every song. I told him that I just really liked it. That’s when Ross came up with the nickname “Pogboy”. “This is a great achievement and a huge project for me,” says Félix. “I have been working hard on the recordings for over a year. This is only the beginning.”

2020 is turning out to be a great start for Félix. He just won “Best Act” at the Giants of Rock Festival in the UK in January and has been invited back to play the main stage in 2021.

In 2018, Félix was a special guest on the Wishbone Ash 49th UK Tour and played to around 10,000 music fans at 28 venues across the country with his band. His adventure with Wishbone Ash exceeded his expectations and after receiving an amazing response from audiences, it wasn’t long to have Félix back on UK shores.

His first stand-alone UK tour in April 2019 proved so successful with music fans, he returned to the UK for another tour in November in the same year. Check out Fabrication’s review of his recently packed show at Nice N Sleazy in Glasgow.

For more information on Felix Rabin, visit his website – www.felixrabin.com 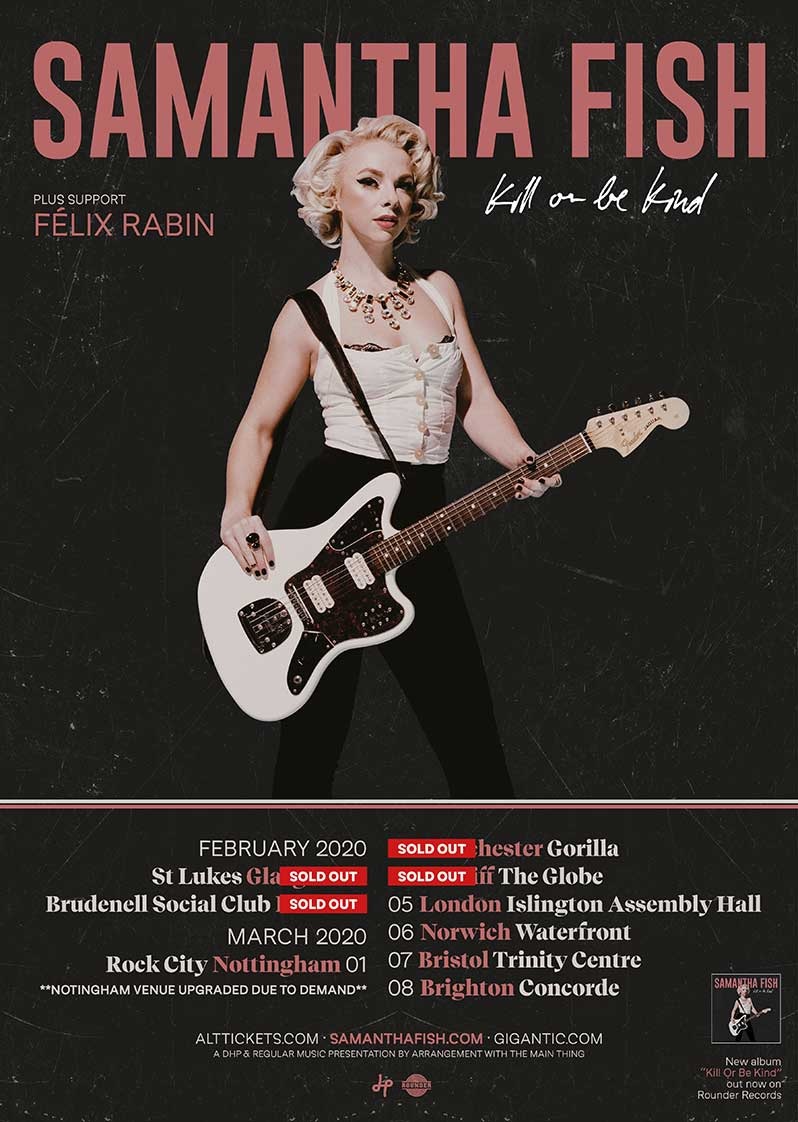