A man who was being hunted by police has been arrested, Sussex Police said today (Sunday 22 March). 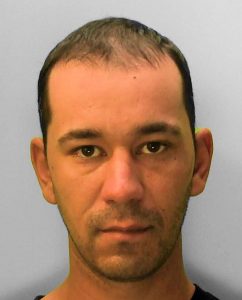 The force said: “Police in Brighton have arrested Ryan Jenson, 34, who was wanted for recall to prison.

“An appeal for his whereabouts had been issued on (Friday) 20 March.”

Jenson, formerly of Kestrel Court, in Swanborough Place, Whitehawk, and Bernard Road, Brighton, was jailed for five months for having an offensive weapon.

He was released in February part-way through his sentence.

Before his arrest, police said: “The probation service now require his return to prison for failing to comply with the conditions of his release licence.”