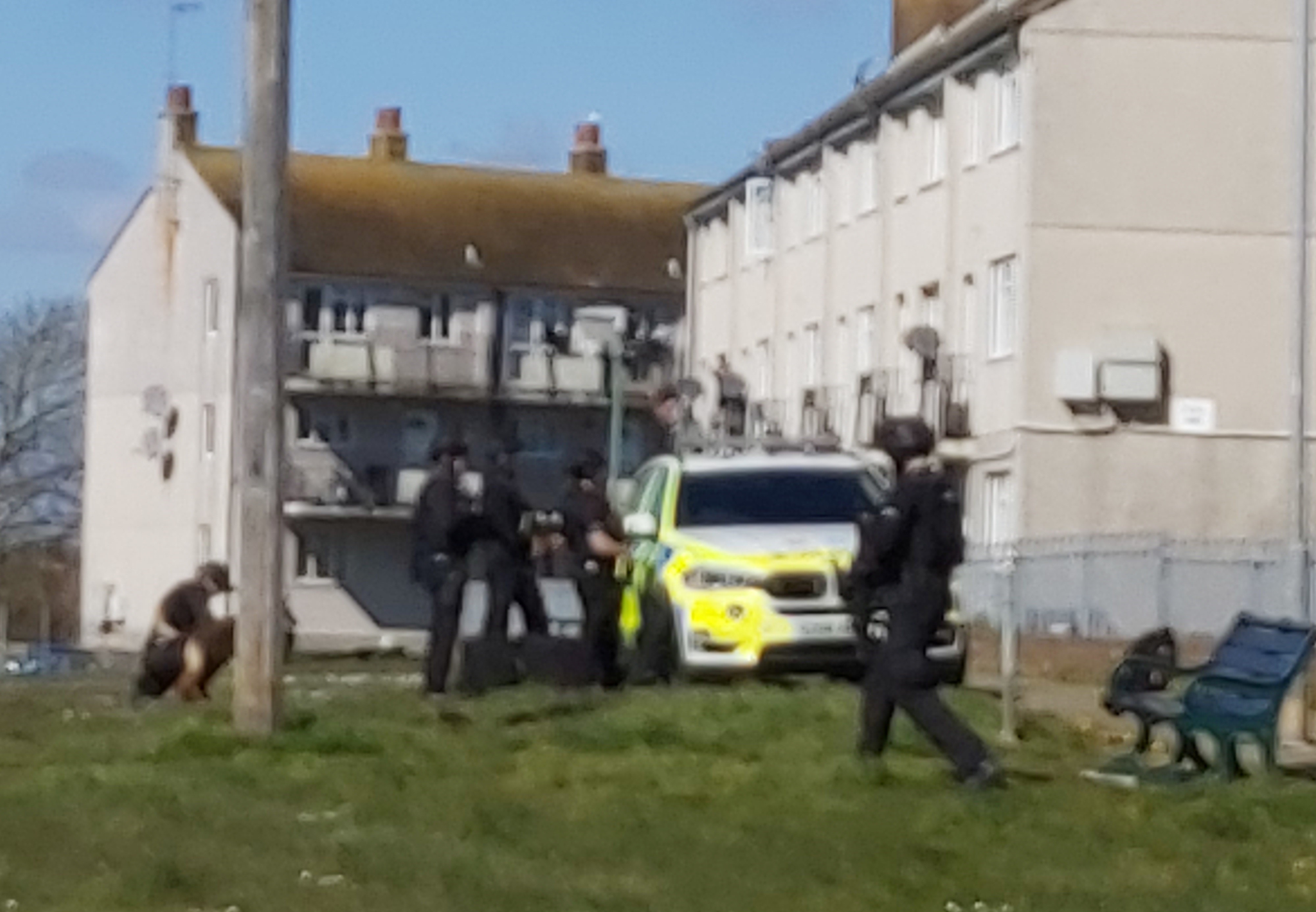 UPDATE: A standoff between armed police and a man who was threatening to shoot himself has ended peacefully.

Armed police swooped on a Hangleton flat this morning where a man had barricaded himself in and was threatening to self-harm.

But at 2.10pm the man, who officers had called Carl, emerged screaming from the ground floor flat. He was quickly arrested and led away.

Officers with guns and several firefighters were called to the address in Harmsworth Crescent, where they were heard calling to the man to engage with colleagues. 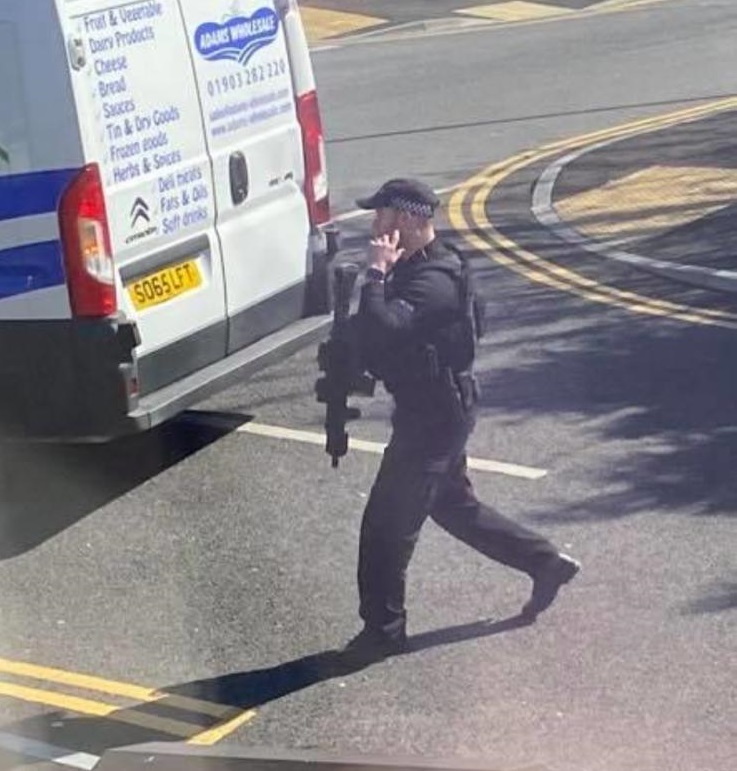 Brighton and Hove News is at the scene. An officer shouted: “Carl, go and talk to my colleagues. We want to safely get you out of there.”

He said: “Go to the front and talk to my colleague. We want to get you out of there safely. How do we do that safely?”

He added: “Carl, keep talking to me.”

The officer said that we can try to sort things out once you come out but we can’t do anything while you’re still in there.

Carl had told police he had a shotgun, but following the arrest no gun was found.

A spokesman for Sussex Police said: “Police were called to a house in Harmsworth Crescent, Hove, where a man was threatening to self-harm inside the property.

“Officers, included armed officers, were called to the scene at 9.46am on Wednesday (April 1), following a report of a disturbance at the house.

“A specialist negotiator engaged with the man for several hours and shortly before 2pm, following a period of no contact, officers entered the house. The man was taken to the Royal Sussex County Hospital in Brighton as a precaution for treatment.

“A 31-year-old man from Hove was arrested on suspicion of criminal damage and remained in custody on Wednesday afternoon.”

Police have thanked the local community for their patience and co-operation while the incident was brought to a successful conclusion.

The response involved more than half a dozen police vehicles, four from the ambulance service (not all Secamb) and a fire engine.

Officers and PCSOs are expected to patrol as the operational specialists depart and reassure neighbours and thank them for their patience during the four-hour siege.

The police helicopter was also spotted above Toads Hole Valley and Hove Park this morning.

East Sussex Fire and Rescue said they are responding to a police incident.

Buses are being diverted as the incident unfolds.