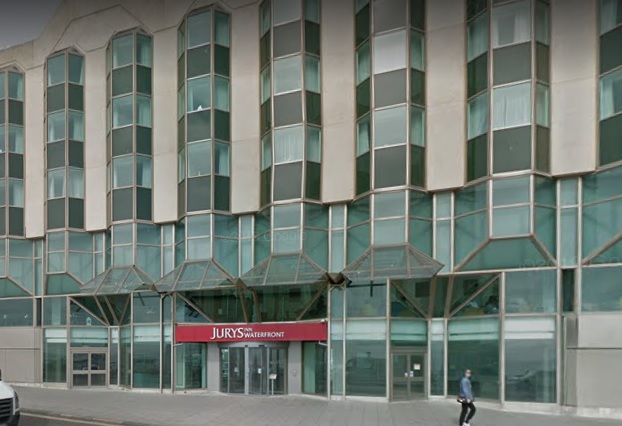 A hotel chain has strongly denied a Brighton MP’s claims it reneged on a deal to house homeless people during the coronavirus lockdown.

Brighton Kemptown MP Lloyd Russell-Moyle tweeted yesterday that the Brighton branch of Jury’s Inn pulled out at the eleventh hour in order to take advantage of the government’s furlough scheme.

But the hotel chain insisted this was not the case, and although discussions had taken place before the outbreak, they had not progressed before the hotel was closed ahead of the lockdown.

Meanwhile, the council has secured use of the YHA on the Old Steine to house homeless people.

Mr Russell-Moyle tweeted yesterday: “I’ve been informed Brighton & Hove were about to agree use of @JurysInnsHotels Brighton hotel (300 bed) for homeless and key workers.

“At last minute Juries Inn cancelled booking to get more money in gov furlough scheme, thus their hotel stands empty when we need it. Disgraceful!”

A council spokesperson said: “The local management team at Jury’s Inn approached the council to see if they could help to accommodate our most vulnerable residents during this crisis. We were very encouraged by their response when they heard our very specific requirements.

“Local management told us that because of our complex needs, our discussion needed to be escalated to national management. We were then informed that the Jury’s Inn hotel could no longer support us.

“We are focusing now on finding much needed provision for our most vulnerable residents.”

The deal with the YHA has provided the council with 51 units, which will be used solely for rough sleepers with coronavirus symptoms.

In its Tuesday coronavirus briefing, the council said it was in advanced negoatition with a number of other properties and hoped to confirm them in the coming days.

It wants to secure a total of 219 units (including the YHA ones) on top of the 106 it has already acquired.

On Tuesday, it had housed 69 rough sleepers and had also rehomed other homeless people it needed to move on from shared emergency accommodation.

It had about 60 outstanding referrals from people who are sleeping rough, and was expecting the number to change as more people became homeless.