1) We’ll start with the obvious. It was 23 years ago today that Brighton and Hove Albion played their last match at the Goldstone Ground. A 1-0 home win against Doncaster Rovers ensured that a draw against Hereford a week later would be enough to survive and maintain their Football League status.

2) The Orchard Road stand – the cheap side at Hove Greyhound Stadium. Entry was just £1. It was a huge prefab-like building with a murky cigarette smoke atmosphere. The downstairs area was at best seedy but quite wonderful at the same time. The legendary Mercado brothers were on the rails as bookmakers, among others. Some say Clement Freud was in the stand once. The land was reclaimed by the Alliance and Leicester in September 1991. Now this area forms the Lloyds Bank car park at City Park.

3) The Downsman Pub. Razed to the ground to make way for housing. It’s distinctive green roof could be seen by hikers as they made their way back down from the Dyke Railway trail. In the 1970s and ’80s its legendary side-door off-sales provided sustenance for many a Hangletonian. 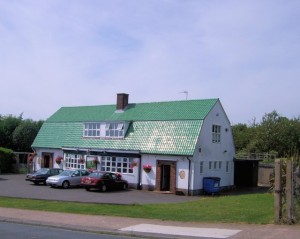 4) Holland Road Halt. A railway station between Brighton and Hove, very near the current Holland Road railway bridge. Open for 51 years from 1905. It closed mainly because hardly anyone used it. A ticket from Holland Road Halt to Rowan Halt, another halt in Hove now lost to time, is much sought after among collectors. But it does exist or so they say. 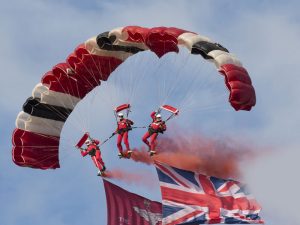 5) The Hove Lions carnival in Hove Park. Once graced by a donkey derby and motorcycle stunts but most importantly by the annual appearance by the Red Devils parachute display team. Their plane would circle seemingly for hours and almost tease the crowd who were filled with anticipation as to whether the Army daredevils would jump or not. Only inclement weather ever stopped them. Allegedly one did once land near the Nevill Pub.