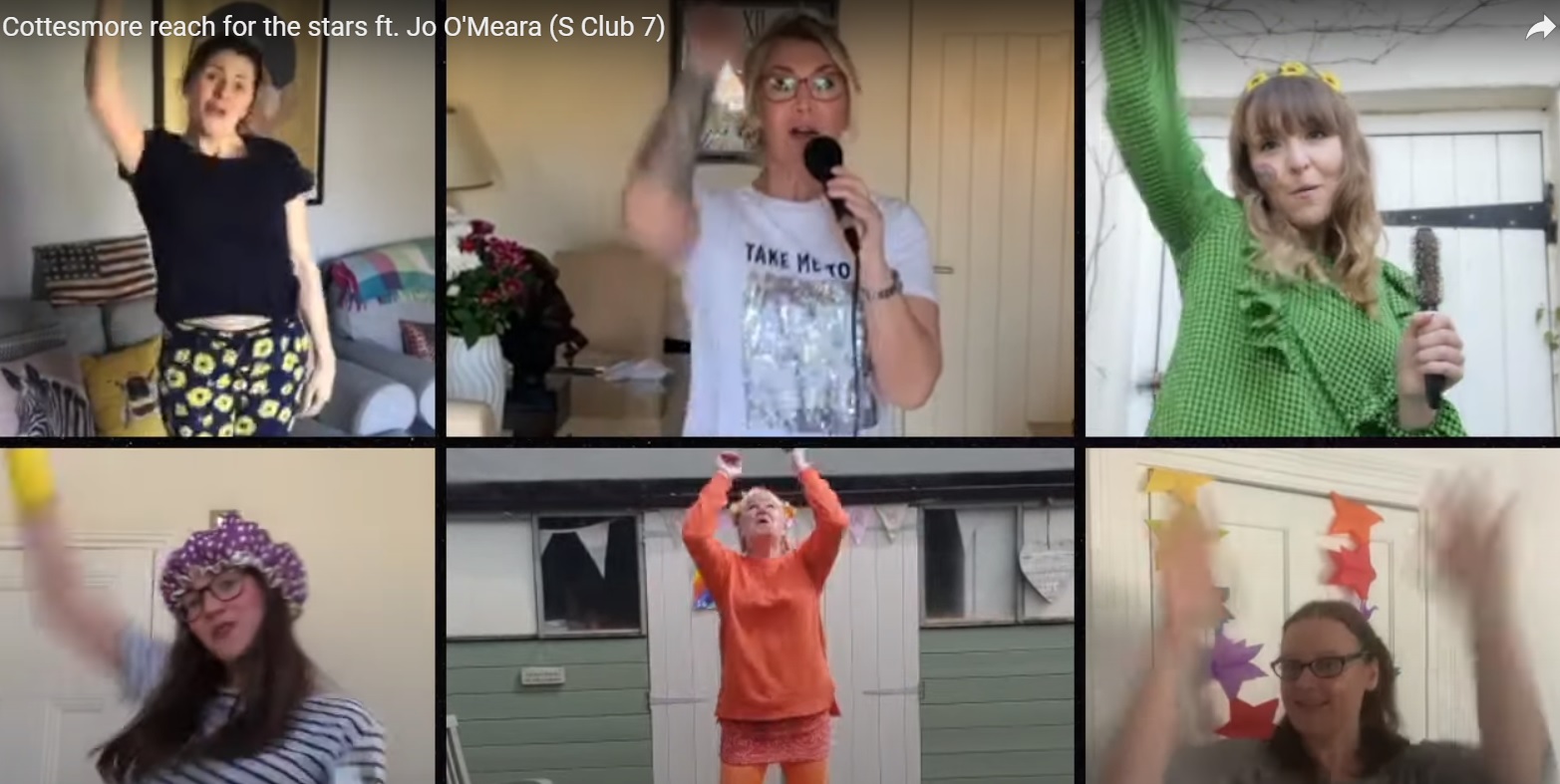 A former S Club 7 singer has helped cheer up Hove schoolchildren with a surprise greeting.

Year six teacher Laura Waters at Cottesmore St Mary’s RC Primary School in Hove got in touch with singer Jo O’Meara through social media platform Instagram to see if she would say hi to the youngsters.

But Jo went one further and recorded not just a message but a special performance of the band’s hit Reach for the Stars – which the school then edited into a video featuring all its teachers and support staff singing along too.

The school is open for key workers’ children, but hundreds of youngsters aged four to 11 have not been into the school in The Upper Drive, Hove, since March.

Headteacher Rachel Breen could not believe it when the message came through.

She said: “We came up with the song because it links with our mission message to dare to dream and always have hope.

“Jo sent the message, and it was perfect. It was really kind.”

Miss Waters surprised everyone by getting the clip after organising the 40 members of staff to mime along to different sections of the 90s pop classic.

Now Mrs Breen hopes Jo will come along to the school once it reopens to open the school’s new stained glass window.

Teachers and support staff recorded their videos, which were edited together by Miss Waters’ fiancé Elliott.

He spent the best part of a week staying up into the early hours editing the 40 clips together.

The video went out to parents and pupils on Monday, 4 April.

Within hours of appearing on YouTube, the video had more than 1,000 views.