A Black Lives Matter protest was held in Brighton this evening (Wednesday 3 June) after the death of George Floyd in Minneapolis just over a week ago. 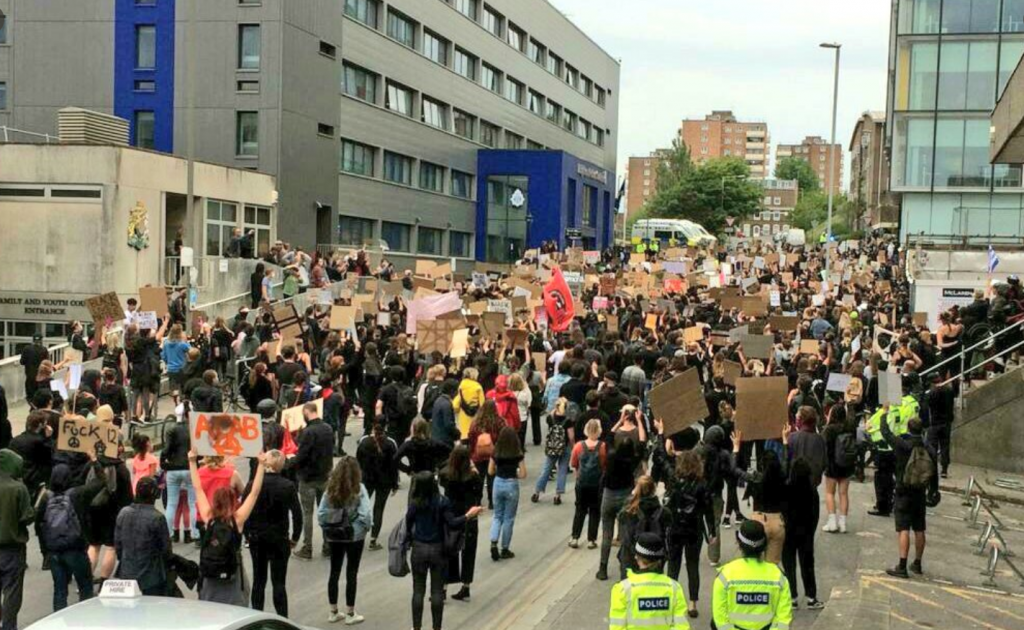 Several hundred people marched from St Nicholas Church, Brighton, down West Street and along the seafront before holding a vigil outside the police station in John Street.

Sussex Police arrested one person on suspicion of affray.

The protest organisers said called on supporters to “rise up in solidarity with those fighting for their lives and futures”.

Chief Superintendent Nick May, the police commander for Brighton and Hove, said: “We too are appalled by the death of George Floyd.”

There were also protests in London earlier and another is expected outside Hove Town Hall at 5.30pm tomorrow.

In America there have been protests in several cities after a police officer was filmed kneeling on Mr Floyd’s neck after he was arrested on Monday 25 May in Minneapolis.

Mr Floyd, 46, pleaded that he could not breathe and died shortly afterwards.