A £25 million scheme to build four storeys of flats and offices in Hove has been granted outline planning permission.

The plans are for two buildings – three and four storeys high – containing 47 flats and 1,650 square metres of commercial space. The frontage would be about 40ft high.

Detailed planning permission will be required from Brighton and Hove City Council before work can begin.

But Martin Homes, which is adding a new floor to the neighbouring Martello Lofts, is understood to want to start work on the site in the early to middle part of next year.

He said: “Residents do feel very much it is an overdevelopment. It is on sloping high ground in an area which is the second-worst traffic junction in the ward. We have considerable traffic problems in Portland Road.”

Robert Nemeth said: “The height has been cited as a concern. The buildings to the west are tall already.

“It’s a large building where there are six beautiful houses and people have questioned why family homes are being lost in this location.”

He said that he had never received so many emails from residents about a planning application.

More than 230 people contacted the council to object to the scheme which includes basement parking for 63 cars as well as bicycles and motorbikes.

The scheme includes plans for 19 “affordable” homes – just over the 40 per cent level expected by the council – two of which would be fully wheelchair accessible.

Martin Landivar, the applicant’s agent and architect, said that public consultation had taken place over two years, dealing with issues such as traffic.

Mr Landivar said that, as a result of the consultation, the proposed building was lower than the initial plans and would be further back from the road. 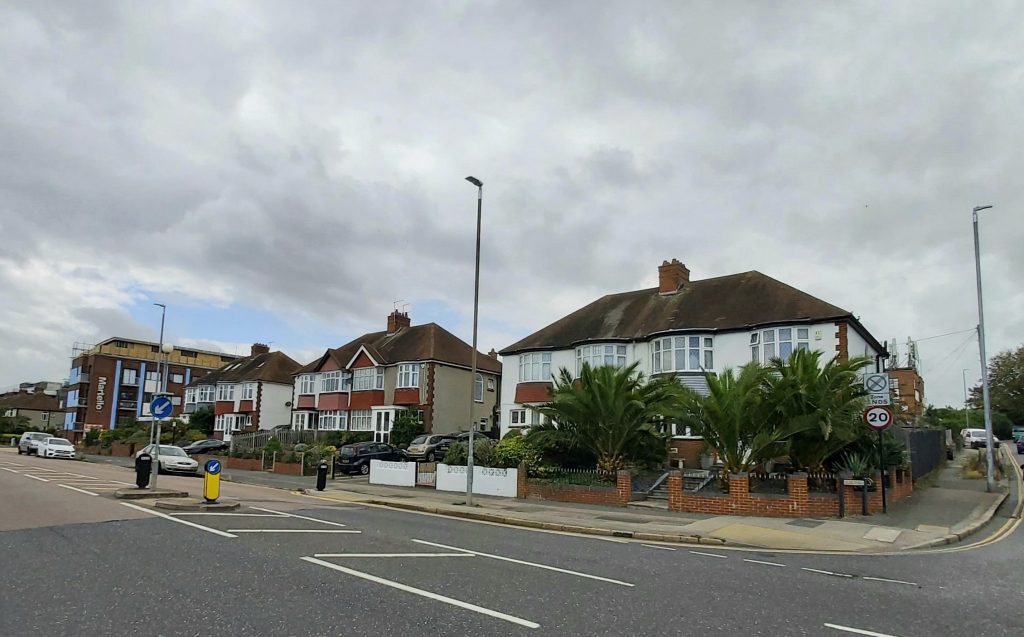 Independent councillor Tony Janio, who abstained from the vote, asked what measures would mitigate the “traffic nightmare” in Olive Road.

Mr Landivar said that the scheme proposed removing six private driveways near the junction and replacing them with basement parking reached by an existing private road to the industrial estate.

Rothbury Road resident Paul Taylor said that he was speaking for a group of residents who came together in response to the consultation in 2018 – the year Martin Homes submitted its application.

His objection, which was read to the Planning Committee, cited concerns about traffic and the precedent set by replacing family houses with a block of flats.

Mr Taylor said: “We are not opposed to new buildings but what is the logic of knocking down six desirable family homes – part of Hove’s heritage?

“As a city, what precedent is this setting? Can any six homes be sold for flats? Is this what we really want to encourage?” 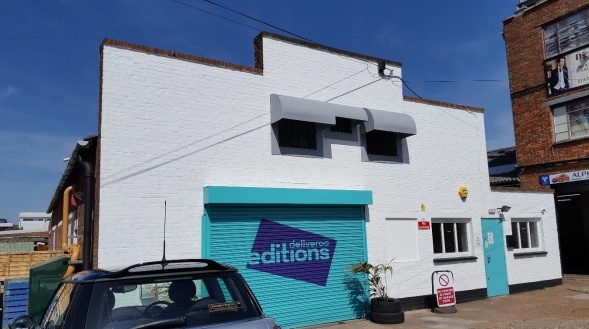 He welcomed the addition of the cycle lane in nearby Old Shoreham Road and the increasing number of cyclists using Olive Road.

But the area had also had more traffic since restaurants closed because of the covid-19 coronavirus lockdown.

This was because the “takeaway factory” – Deliveroo’s Editions “dark kitchen” in Olive Road – had been busier.

Mr Taylor said that the area suffered gridlock during rush hour and adding flats with 63 parking spaces would result in increased pollution.

Independent councillor Bridget Fishleigh voted against the scheme after questioning the lack of detail in the outline plans.

Outside the meeting she said: “I couldn’t vote for more flats in an area where there is no holistic long-term transport plan.

“In addition, we couldn’t actually see what we were voting for as the plans were line drawings with no details.”

Councillor Joe Miller voted for the scheme. He said: “It’s a good use of the site and a much-needed increase in the number of units in the city. There’s a good mix of units, much-needed housing and affordable housing.”

Five councillors voted for the scheme. Two abstained and one voted against.

After the meeting David Martin, of Martin Homes, said: “We were very pleased to have been granted outline planning permission.”

He said that he hoped to submit detailed designs later this year and to start work by the middle of next year.