Firefighters put out a blaze in a top floor flat in Brunswick Terrace on Hove seafront this afternoon (Tuesday 28 July). 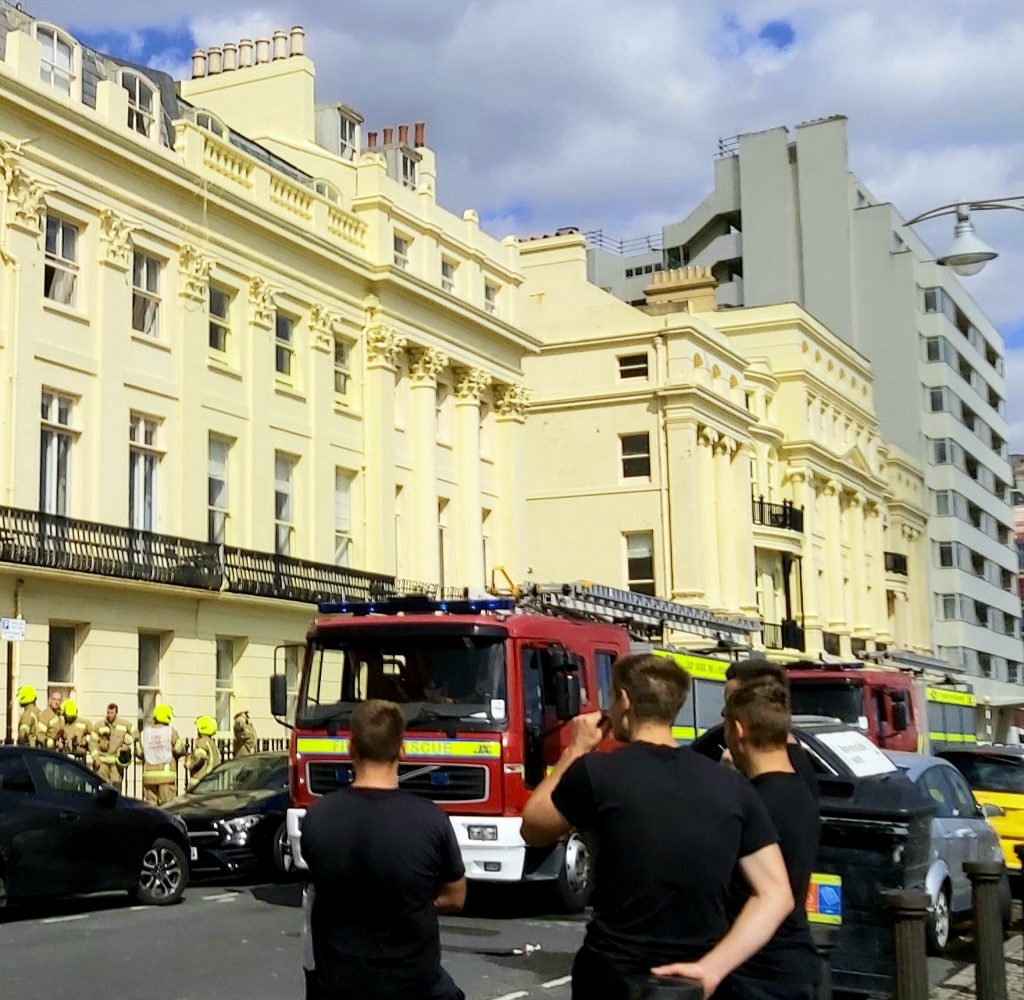 One person was treated for the effects of breathing in smoke as eight fire engines and an aerial ladder platform were sent to the scene.

East Sussex Fire and Rescue Service said: “Crews have successfully tackled a fire in a five-storey building in Brighton and Hove.”

The 999 calls started just after 1.20pm and the firefighters took about an hour to bring the blaze under control.

Damping down and checking for hot spots took a further hour and a half on a breezy day on the seafront.

Shortly after 3pm the fire service said: “We are scaling back our presence at the scene of a fire in Brunswick Terrace.

“We were called at 1.21pm today to reports of a fire in the cavity of a building.

“On arrival, crews found it was affecting a number of areas in the five-floor domestic property.

“There are no reports of injuries.”

Incident Commander Chris Baker said: “Crews worked really hard to locate and extinguish the fire to stop it travelling further through the cavities of the building.

“They are now cutting away to ensure all hot spots are dealt with.”

The fire service added: “At the height of the incident, eight fire engines, the aerial ladder platform and control unit were in attendance.

“A multi-agency approach was taken with support from the HART (Hazardous Area Response Team) from the South East Coast Ambulance Service.

“The cause is being investigated.”

Earlier people were asked to avoid the area but by 3.30pm traffic was flowing normally.

The terrace, built in the 1820s, is one block away from Embassy Court.

Fire crews turned out from Preston Circus and Roedean, in Brighton, as well as from Hove, Newhaven, Seaford and Uckfield.