A man suspected of scratching cars in Portslade was captured on camera, prompting a public appeal by police for help identifying him.

Sussex Police said today: “Police have released CCTV images of a man they want to interview about a recent series of damage to parked cars in the South Portslade area.

“Officers have stepped up patrols in the area, and have been making inquiries with local residents and businesses to seek any CCTV or dashcam footage.”

Sergeant Jan Szaranek said: “We have been making active inquiries to identify whoever is responsible and bring them to justice.

“Thanks to help from local people, we now have images of a man dressed in light-coloured trousers and top with a hoody and distinctive black trainers with white rims.

“They were taken from two separate cameras in a street in the area shortly before 5am on Sunday 23 August, a night when several of the incidents happened.

“The video clip, played twice here, shows him walking past two cars together with the sounds of scratching as they are damaged on their nearsides – and the still image shows him further along the same street.

“If you think you can help us identify him, or have any other information, please contact us either online or by calling us on 101, quoting reference 47200144147.

“But if you see any suspicious activity actually taking place, contact us via 999 right away.” 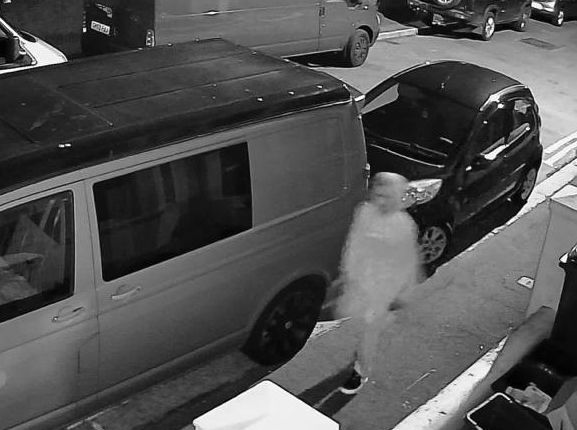