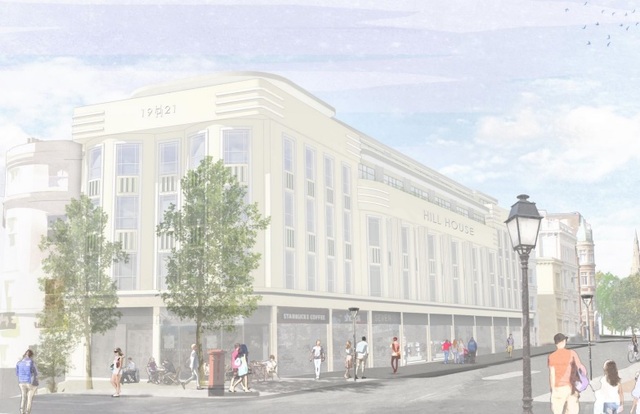 Councillors unanimously agreed to an extra floor on a former department store building.

The plans for Hill House at 53 Western Road, Hove, involve changes to the existing roof extension to create eight extra flats and new terraces on the third and four floors.

Work will also involve creating new terraces and replacing all the plastic windows in the building, which was once the site of Hills of Hove department store. 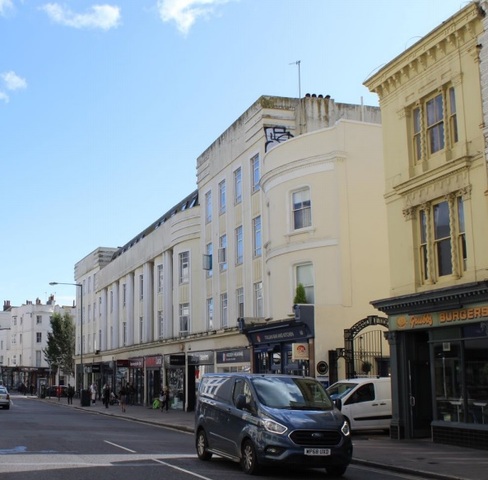 Councillor Clare said: “There are a few concerns about the impact on the listed buildings in the area.

“It adjoins to 55 Landsdowne Place, but what stands out primarily for me is the impact on residents of Holland Mews.

“Holland Mews is directly behind this building, and already they suffer from a lot of vehicles going up and down that road.”

Neighbours were concerned about the impact of being overlooked by proposed balconies.

He  also confirmed plans to restore the Hills of Hove mosaic outside the Starbucks coffee shop.

Mr McLean said: “The Hills of Hove department store was quite iconic as a building when I was growing up.

“Our proposals, including replacement of the plastic windows and extensive refurbishment, and mending the harm caused by the ugly, 1980s mansard roof, will rejuvenate this locally listed building and reinstate its landmark status along Western Road.”

Committee chair Green councillor Leo Littman, who said he spent the first 20 years of his life in Hove, was delighted with the plans.

“I’m delighted the mosaic will be reinstated. It was a bit of a Hove landmark, and it’ll be lovely to see it back in its full glory.”

Conservative councillor Joe Miller said: “I think the design improves the look of the building by getting rid of the old 80s extension mansard roof.

“It gives us additional units for the city and nearly £500,000 in affordable housing contribution. What’s not to like.”

Labour councillor Daniel Yates backed this view and said: “What a massive improvement.

“It’s really good to see a developer that’s truly engaged with the process and is coming forward with a sensible set of plans that helps to resolve part of our housing crisis.”

As part of the application, Hill House Investments Limited is expected to make a 20 per cent financial contribution towards affordable housing of £477,500.